In Part I of this blog post series I recapped on the big announcement made during TechEd Las Vegas related to SAP NetWeaver Cloud (NEO). In today’s post I would like to dig a bit deeper and provide further insight into what makes NEO stand out and the prime example of the “new SAP.“

As I mentioned, the (not so) secret sauce consists of three simple ingredients: ease of use, speed and openness. Together, they melt into a melange that sure is addictive…

Ease of Use, Speed and Openness

So, why do I keep emphasizing on the fact that NEO is all based on open standards and Open Source? It’s in fact quite simple: because it lowers the total cost of development (TCD). No longer do you need highly specialized (reads: costly) experts to develop cloud applications. Due to the mass adoption of Open Source software and the sheer amount of freely available resources on the web (be it documentation, sample code, discussions forum, etc.) it does not require a rocket scientist to develop apps no more. No – matter of fact – as the Germantown SAP Droids clearly demonstrated: it’s child play!*

Furthermore, there’s a huge overlap of the skills required to develop web and mobile apps nowadays. It’s all about HTML5 and JavaScript. And even when it comes to native mobile app development, there’s a common denominator: RESTful services. The presentation layer is shifting to the client (again) and the server is merely providing/exposing the data. (If you should be interested in this topic you may want to consider reading my series on Enterprise APIs.)

There’s even more to it though. From my conversations with customers I understand that they are not only wondering about how to get into the cloud, but also, how to get out of the cloud or move from one cloud to the other. In short: they are concerned about vendor lock-in. The more proprietary or vendor-specific applications need to be in order to run in/on a particular cloud, the harder it is to port them elsewhere. SAP NetWeaver Cloud has been designed to be as unobtrusive as possible – and we see proof that we are on the right track…

“Which freaking PaaS should I use?”

For a recent comparison of the major PaaS providers Infoworld created a sample application which they deployed to various platforms to see how easy it would be to get it up and running. Now, NetWeaver Cloud wasn’t on the list (yet), but once we got aware of this initiative we took it upon us to see where we would rank and we were positively surprised to see that the reference application could be deployed as-is, without any tweaking required. <KATSCHING!>

Harald Müller, Chief Product Owner of SAP NetWeaver Cloud blogged about this exercise here. Yet, not only did he do that, but he also took the time to improve the app by making it more secure or “enterprise- ready” as he calls it.

Andrew C. Oliver, the author of the PaaS comparison article, was so impressed by this that he wrote another blog called: The Best-Run Granny’s Addressbooks Run On SAP, in which he concludes:

“So my impressions of SAP are over a decade old and of a company not this nimble, aggressive, compatible or standards-based. This is not the SAP that I remember. It will take this kind of nimble out of the box thinking to make the A-list in the PaaS space as everyone tries to push their way to the top. It is clear that while these guys may not intuitively be number one on your mind (as they weren’t on mine), but obviously they try harder. These guys will be at the top of the list for contacts on follow up articles because I know that they not only know their stuff but will put forth the effort. It is hard to imagine customers not having a similar mindset if their customer service is half as good as their technical evangelism team.”

That one goes down smoothly and I sure hope that the word will spread. I mean, I’m fully aware that SAP is not the first name that comes to mind when people talk about Cloud platforms (yet!). As I explained in my blog post SAP NetWeaver Cloud (Neo) – The road forward we opted for taking it step-by-step. First, we kicked-off NetWeaver Cloud internally at SAP and it spread like a wild-fire (✓), we now started to spread the word within our established ecosystem (✓) and hence the last remaining step to be taken is to reach out beyond our ecosystem…

One of the reasons why I believe that NEO is the Choosen One to succeed in this mission is the fact that we are – you guessed it right – an open platform!

I already blogged on our stance to Open Source – in short: we love and embrace it! – and hence I spare you a re-run just now. (The good think of living in the 21st century is that you can access such information on-demand, right?)

We would be fools to believe though that we just have to wait and people will be coming knocking on our door. It’s not that simple! Fortunately, we have master plan, which is to go to where the people are! We have already published a few articles in magazines and so far the responses have been promising. Now, that NetWeaver Cloud is GA, the marketing department will also kick it up a notch (or two!).

Another thing we are doing to reach out is to host so-called CodeJams. In a nutshell, CodeJams are developer meet-ups where the geeks gather to exchange ideas and experiences and simply get to know each other. It’s a simple format, but powerful and fully aligned with our understanding of what it takes to be an open platform! After all, it’s not only about technology, but also about being approachable and transparent in communication.

The idea of hosting these CodeJams around the globe was born by Craig Cmehil (and I hope I’m right this time!) and packaged into a franchise-like program in cooperation with Helena Losada, Thomas Grassl and David Brutman.

Thanks to the immediate pull by the community (Kudos to Fred Verheul) NetWeaver Cloud was co-leading this initiative and our first CodeJam in Huizen was a success story all along! I’m really excited to announce that we’ll soon run three more – there’ll be a corresponding blog post shortly!

“Samples for nothing and the Cloud for free!”

Please ignore my corny attempt to paraphrase the Dire Straits and read on (to my excuse: it’s late as I type this!) As I mentioned we love Open Source and it seems the best (if not the only way!) to appeal to developers. As such it sounded all desirable, viable and thanks to Claus von Riegen and team – as well feasible to launch an outbound Open Source project to host samples on Github – the place where the geeks linger!

From now on – starting with the samples used for our TechEd lecture CD208 – we’ll be putting ready-to-use demos and samples on our code repository there: http://github.com/sapnwcloud.

Did I mention that Cloud is all about speed? I sure did, but we may have a different understanding of what I mean by speed, or have you heard about Spring Roo already by chance? If not, then you’ll be amazed to see how quickly and blazing fast one can build Java application with this Rapid Application Development (RAD) tool. I’m talking about minutes here!

The great guys from SAP Research lead by Michael Spahn developed an Add-On for Spring Roo that allows using Roo on NetWeaver Cloud. It didn’t take long for Richard Hirsch, who’s been one of our closest observers and among the early adopters of the platform, to give it a test-drive. Read about his first experiences in his blog: First tests with Spring Roo to create #SAPNWCloud apps

This Add-On is the first (of many) contribution to yet another project we kicked off during SAP TechEd – SAP NetWeaver Cloud Labs.

The SAP NetWeaver Cloud Labs is our approach to co-innovate with our developer community. Lars Karg, mastermind behind the idea and fellow crew member in operating the ‘plane’ wrote a nice introduction blog post about our motivation and mission statement:

“It’s December 2011 and SAP NetWeaver Cloud has reached a high adoption within SAP. Not only did teams build application on top of it, but also developed extensions for the platform and enhance its tooling. Both kinds are two great “types of luggage” we want to take with us on our journey, but there was no dedicated channel for sharing them with the community inside and outside SAP. Many people inside SAP thought how to improve the situation and after several exciting discussions, the idea of SAP NetWeaver Cloud Labs was born: a dedicated channel to co-innovate on ideas extending SAP NetWeaver Cloud.”

As you can see, we are on a mission and the tracks have been set. There’s been a tangible uptake, some of the early adopters have already build great applications and there has also been lot’s of interest for NetWeaver Cloud at SAP TechEd. Take a look at the pictures below: we had a full house in many of the sessions and the immediate feedback was very positive and encouraging! 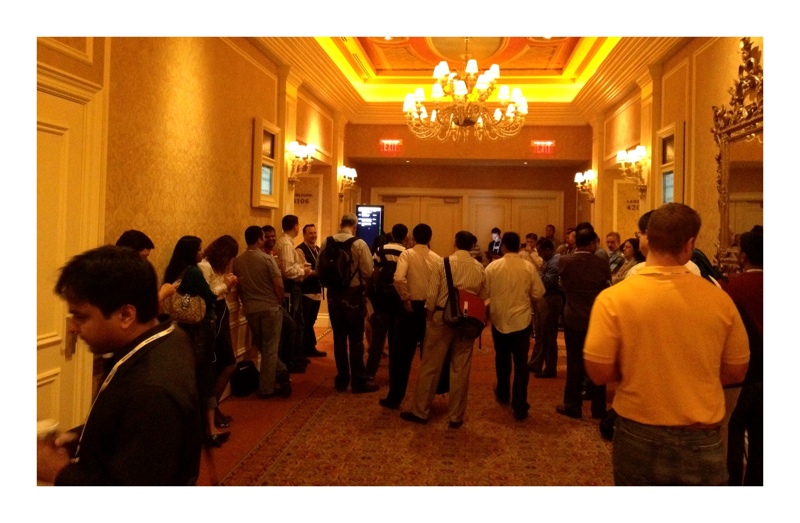 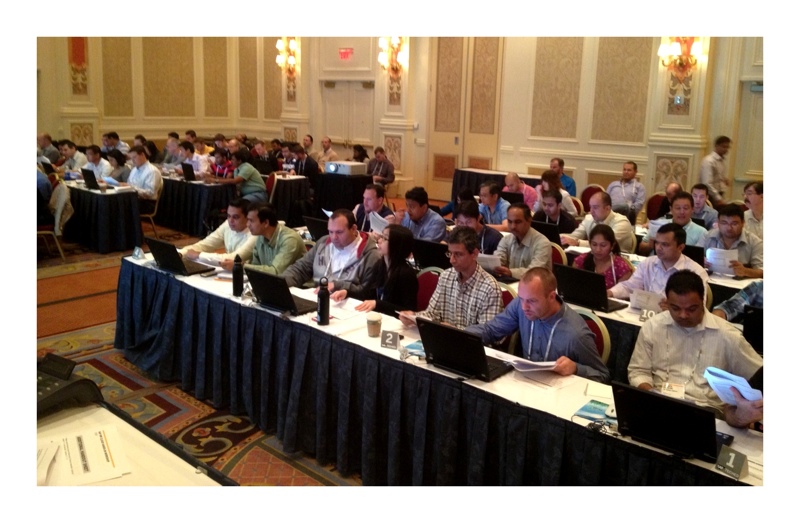 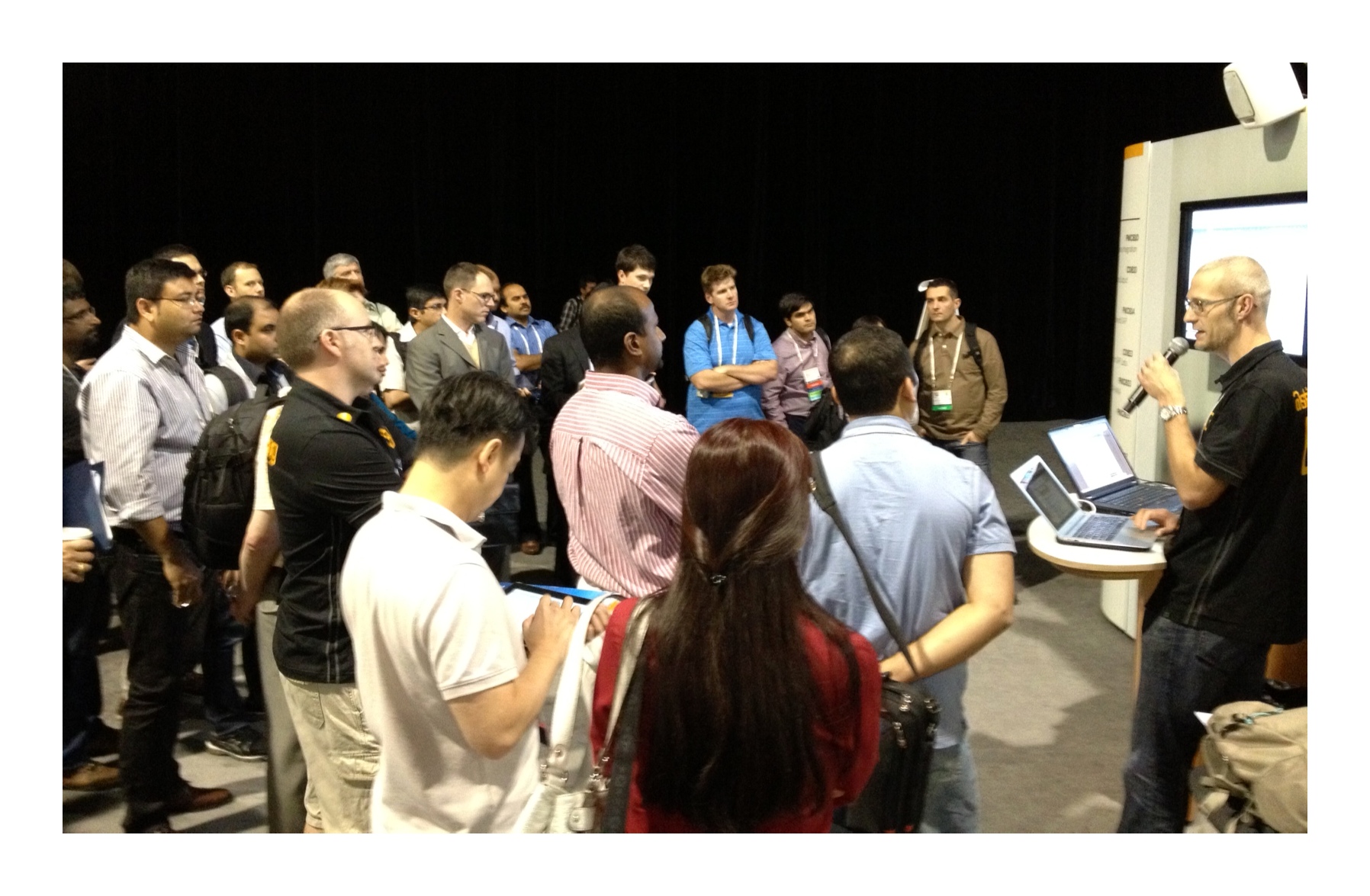 “Save the best for last!” or so the saying goes, right?

In the third and last part of this blog series I’ll talk more about the value proposition of SAP NetWeaver Cloud from a business point of view. I called the platform a “jack-of-all-trades” as I truly believe the platform is attractive for all kinds of entities: customers large and small, partners and ISVs as well as for small development shops up to individual developers! Intrigued? Hope so… stay tuned!

PS: Before we call it a wrap, let me share with you a classic Dilbert posted today by coincidence. I’m just glad WE can rightfully claim to have designed and build SAP NetWeaver Cloud from the ground up!!!

*Note: By no means do I want to dispraise the extra-ordinary accomplishments of the boys, they are super geeks! Period.

You are on a roll. Thanks for pointing to Andrew's

I had missed that. Looking forward to the 3rd part of the your series.

Thanks for starting it all by forwarding the original article 😉

After SAP Inside Track 2012 Bangalore, I was introduced to this blog series by Somanth Manna. Glad he did this. Looking forward to more of your blogs.

Many thanks for your kind words Kavindra and to Somnath Manna for the referral!

There's still the third blog of the series to be published. Hopefully I'll get this out the door very soon - stay tuned! 🙂

When I read the first blog I was wondering where did I miss the other two and checked out your subsequent blogs. This edition essentially brings out the lesser known facts and highlights the public (read Craig, Dick, Fred) and private (SAP development team) faces making NeO a reality.

Now this is out, looking forward for final one.