So Many Questions – The Potential of Open Data Initiatives in India

Do girls in India have the same access to education as boys?  What percentage of rural Indians have access to power?  What is the rate of poverty?  Is it increasing or decreasing?  How does it compare to other countries around the world? 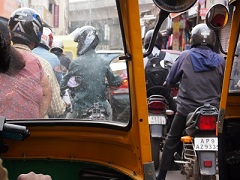 These are only some of the myriad of questions that were running through my mind last weekend as I observed the activity around me along the road from Bangalore to Mysore, India on my way to a weekend of sightseeing.  I arrived in Bangalore from Vancouver, Canada a little over a week ago and joined eight other SAP colleagues from around the world to participate in SAP’s Social Sabbatical program.  This is my first time in India, and the amazing people, food, sights, sounds, colours and smells that are foreign and exciting to me have kept me wide-eyed as I get accustomed to my surroundings.  To the locals I am pretty certain that I look like I have just fallen off the turnip truck while I try to learn as much as I can about their way of life, or even just try to figure out how to cross the street in traffic.  The city of Bangalore is bustling and growing at an overwhelming rate, and in a manner that seems to emphasize the contrasts between traditional and modern, east and west, rich and poor, and old and new, leading to many of the questions that I find myself asking as I navigate my new environment.

While I am here I will be working with Sattva Media and Consulting, an organization working to create and share knowledge around social development through research, media and consulting.  Sattva’s consulting organization offers strategic, operational and financial consulting, as well as program management services to social entrepreneurs.  On the media side, Sattva aims to be a strong voice of social development in India.  One avenue for accomplishing this goal is their online media platform The Alternative, which focuses on engaging mainstream audiences on social impact and sustainability topics.

I am joined at Sattva by my colleague Erica Lailhacar from Paris, and we have spent the past week learning as much as we can about the Sattva organization, the clients they work with and the positive impact that these social entrepreneurs are creating in India.  By developing innovative solutions to some very complex problems, such as waste management and access to power in rural areas, Sattva and its clients are creating both social and economic value while promoting entrepreneurship in India. 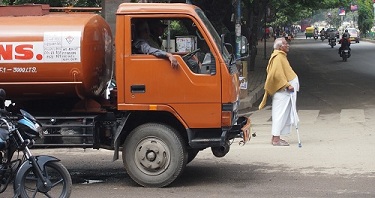 Over the next three weeks, Erica and I will be collaborating on two projects:  The first with the consulting side of Sattva developing a framework to help strengthen the ecosystem of Social Enterprises in India – you can read more about it in Erica’s recent blog post.  The second project will be with Sattva’s media organization, where we are looking to take advantage of the ever-increasing amount of data that is now being made available to the public through open data initiatives.  Following the lead of the United States Government’s data.gov platform, India has just begun to publish its own data on their site data.gov.in.  Many other organizations in India are also following this example, providing some valuable data that the mainstream audience can utilize to answer some of the questions that I was pondering along my drive to Mysore.

Open data initiatives in India are still in the early stages, but Sattva anticipates that they will grow quickly and recognizes the huge potential that increased access to data can bring.  Some of the likely outcomes of these initiatives are improved transparency and accountability of government and public social programs, the empowerment of citizens and organizations to question and influence public policy, to analyze and measure the impact of social initiatives, draw comparisons against defined benchmarks, track trends, and drive social change.  Sattva’s goal is to combine interesting facts and statistics from public data with analytics technology, publish them on The Alternative platform, and promote discussions and interactions among their readers. This is what Erica and I will be working to deliver for them over the next three weeks.

For me personally, as I work on this project I plan to participate in and contribute to these discussions and interactions, discover questions that I didn’t even think to ask, answer the questions that I already have, and educate myself about the important issues facing the citizens of India.  For finding answers to these questions will make a difference and will serve to enrich my experience here while I explore more of this fascinating city and country.