Steps need to be performed to set up the CUA:

Steps to Set Up the CUA

Below are the systems considered as an example to set up CUA:

Here, we will set system ABC (client 123) as a CUA central system(D16 is also refered as CUA system) and other systems(T16,PQR and XYZ) as child systems. As per this structure, we will proceed with above mentioned steps:

In a completely new system that is to be set up, an administration user needs to be created with which all further steps can be performed. To create such administrator user: 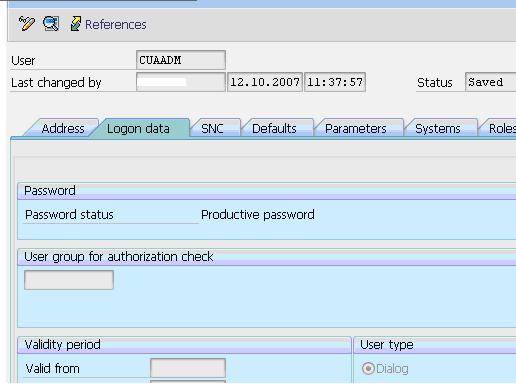 In the same way, create the logical system name for the central system in all child systems. 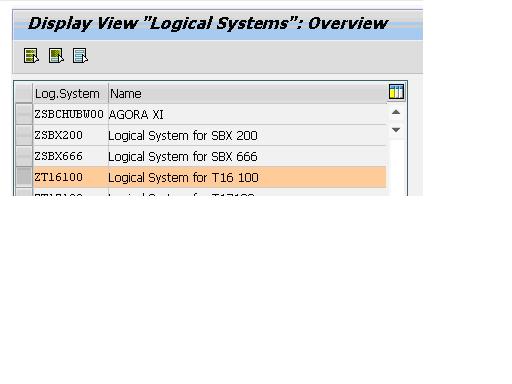 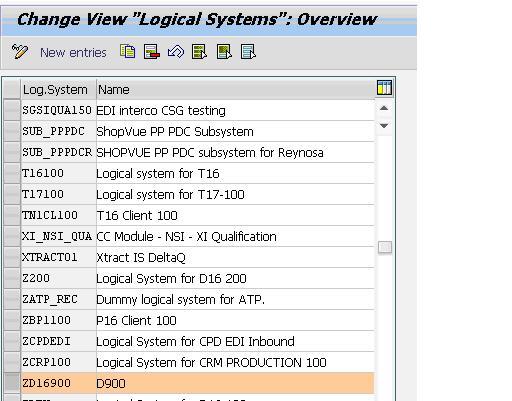 We need to perform this cross-client procedure only once for each SAP system as per below procedure:

Ex: – If we execute the t-code SCC4 in system ABC then, open the client 123 and maintain the logical system name as ABCCLNT123 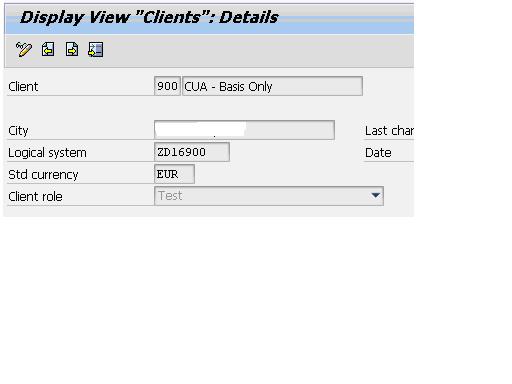 System users are required for the internal communication of the systems in an ALE group. These system users, defined in the target systems, are entered in RFC destinations in the calling systems.

Note: – No license fees apply to these system users.

To simplify the maintenance of system users, use the following naming conventions:

Below are SAP delivered roles for system users which need to be copied to customer namespace before assigning them to system users.

With these details, we need to create the respective users with their applicable authorizations in t-code SU01 as below:

Create users with above roles in child system to maintain in CUA system RFC’s for connection between CUA and child systems. 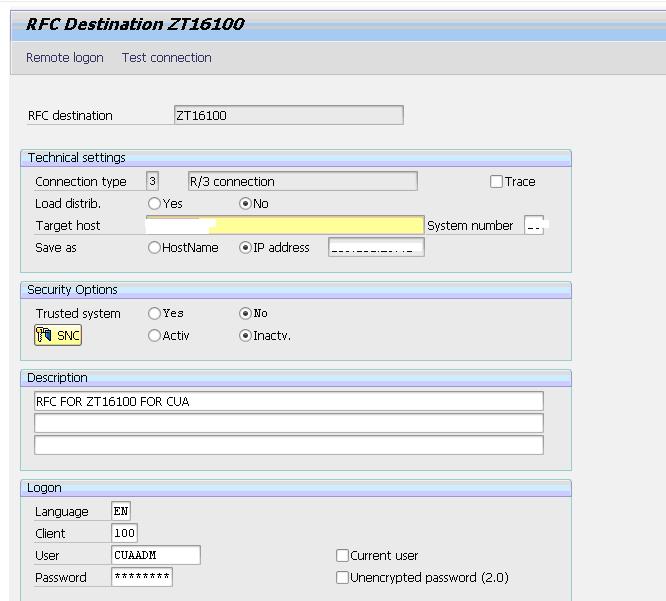 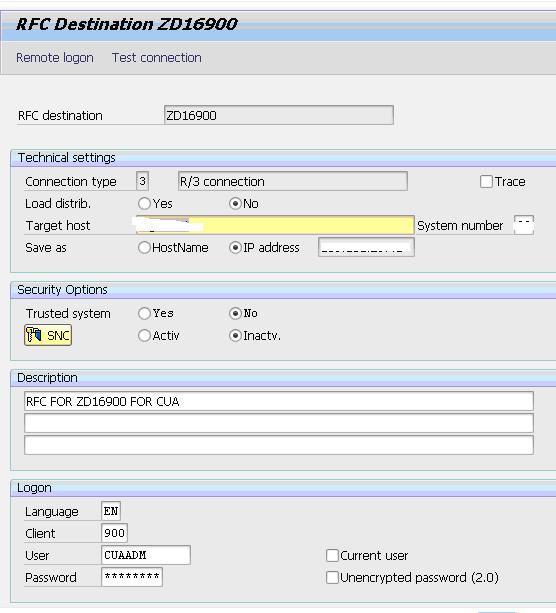 Till this step, we are ready with Logical systems and system users, Now, we need to create RFC connections between the systems as mentioned in below steps:

Note: – You must create the name of the RFC destination in capital letters.

In this way, we have created the RFC connections (with names identical to Logical system name of target system) in each SAP systems.

Till now, we have connected all the systems ABC, PQR and XYZ as in below figure: 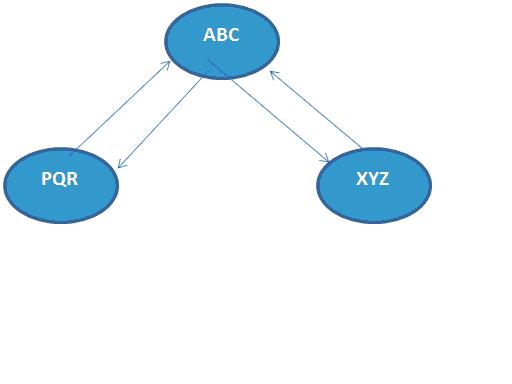 Now, we will define the system ABC as CUA in this landscape as detailed in below steps:

In this way, we have defined the system ABC as central system. After completion of this step, you can no longer create user master records in the child systems. 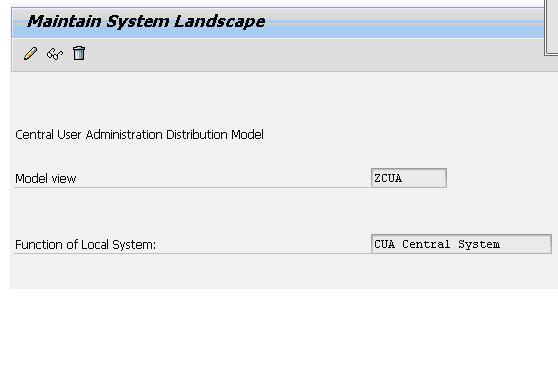 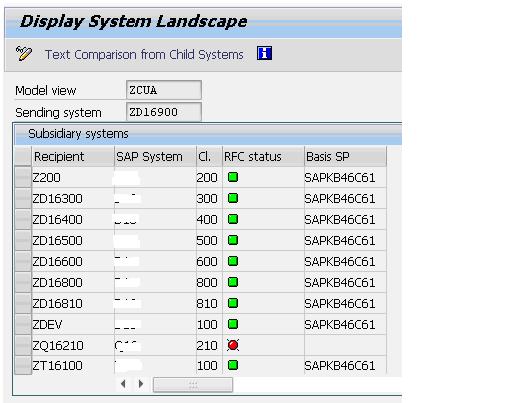 In Central User Administration, we can use the distribution parameters in transaction SCUM to determine where individual parts of a user master record are maintained.

Every input field of the user maintenance transaction SU01 has a field attribute that you set once in the central system with transaction SCUM during Customizing. To perform this customizing, perform the below steps:

The system displays the User Distribution Field Selection screen, with tab pages of the fields whose distribution parameters you can set. You can select the following options on the tab pages: 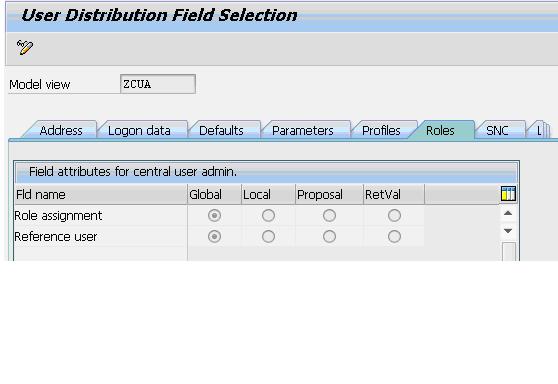 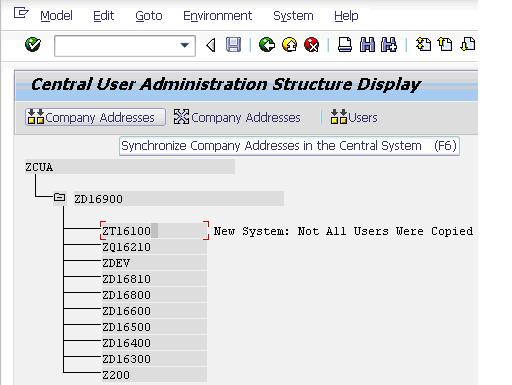 As soon as we have configured the CUA, the users from child systems need to be transferred to Central system so that we can see their authorization details (such as roles to be assigned to users for child system and the roles assigned to them). The procedure is given in below steps:

At this stage, the CUA set up is completed.

I was loooking for the CUA configuration docs and found one.

Indeed nice document, step by step analysis. Thanks for this usefull stuff.

The official documentation is on SAP Help Portal here:

Naming conventions and other tipps:

Central User Administration Cookbook (based on an older but still valid version of the Online Documentation):

when i go to create a special user for the implementation of CUA on the central system, I get the below message

what I sall do to handle the mentioned message 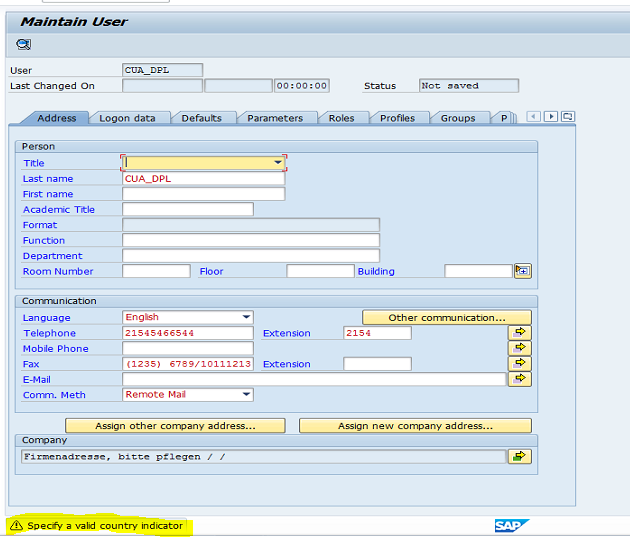 The message is related to the telephone number respective fax number.

after completing the CUA configuration, i unable to see all systems in SYTEMS tab of SU01.

i need to add manually all logical system name in SYSTEMS tab.

Very detailed Document, but i think one Step is missing after creation on RFC connection b/w Child and central CUA.

Step is BD64- where we need to identify the Child and Central CUA system and need to create model view without this step you cannot use SCUA.

Then SCUA we can use in Central CUA and there we will add the respective Child systems.

if you find any missing step i love to correct and reply.