My colleague Mark Marcus, asked me to join his “Blog It Forward” challenge and to share a little about myself, so naturally I obliged.

I am a Business Intelligence Solution Engineer and I am a part of the SAP Inside Presales Team. I support the Northeast sales teams specifically and I enjoy getting to talk to a lot of well known customers about how Analytics can help give them better clarity into their systems and business. I have been in this specific role for over a year now and have been with SAP for over four years.

Here are the questions Mark asked me:

While I would love to tell you that at five years old while sitting at the dinner table eating my dinosaur mac and cheese I was waxing eloquently about how I wanted to be a Business Intelligence Solution Engineer for the largest Business Applications Software company in the world, this would be stretching the truth a bit. The truth is that my “dream job” seemed to change almost with the seasons. There was the year I was destined to become the first astronaut on Mars, feeling certain that if I indeed covered my whole entire ceiling with those glow in the dark stars it was a sure fire way to get me into the NASA space program. Then there was the year (much to my parents delight) that I was going to become a doctor. This dream of being a doctor lasted all of about 6 months until I caught the end of a Discovery Channel episode of “Overnight in the ER”. Somehow my image of being a doctor in a shiny lab coat failed to include the ability to deal with actual patients and blood.

But even to this day I am constantly taking interest in new things and I think that’s one of the things I enjoy so much about SAP: the ability to meet so many different people and participate in a number of different projects/areas all while helping the company to succeed. 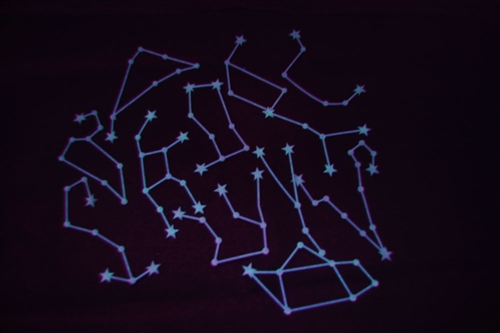 I was unaware that they now had glow in the dark constellations. Clearly this is where my dreams fell through.

My favorite place in the world has to be the city of Boston. While I know most people would pick a sunny warm beach (and believe me those are definitely up there on my list) there is no place like home. I have lived all over the US in cities like Philadelphia, Scottsdale, Chicago and New York but there is nothing like being able to go home and spend time with family and friends. Along with this I’m a huge Boston sports fan, and while there’s nothing quite like being harassed by a New York fan while trying to watch a Boston sports team play, there’s just something about being able to watch them in the confines of a Boston bar or better yet the stadium that makes it all the more enjoyable. 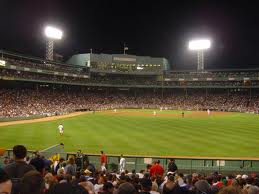 Going back to the idea of the dream job, when I was in high school I used to tell my parents that one day I would be paid to talk about sports. They smiled and nodded their heads, probably thinking about the astronaut and doctors costumes that were collecting dust in the basement. Well with one of the projects I am currently on, I indeed am being paid to do just that: talk about sports. Recently SAP has taken a new marketing initiative to partner with various sports teams and leagues in the US. You may have seen the press releases of the partnership with the NBA: http://www.sap.com/corporate-en/press.epx?PressID=19356 or the most recent partnership with the San Francisco 49ers: http://www.49ers.com/news/article-2/49ers-Announce-SAP-as-Stadium-Partner/44b7390e-1b2a-48fe-8f9b-82073a2bcc50. Well as part of this marketing initiative SAP is working to show how SAP solutions can help improve the fan experiences in places like fantasy football and in the stadium. While the project is in the initial stages, for me it is a marriage of my two favorite things: Business Analytics and Sports. As a BI Solution Engineer and avid football fan I am helping the sponsorship team in creating interactive experiences for the fan with tools like Dashboards and SAP BusinessObjects Explorer. As I said at the beginning, the ability to participate in various projects/ areas that might not be part of your initial job descriptions but none the less interests you is one of the things I love most about SAP and what I think makes this company so unique.

In keeping the BIF going, I am asking the following questions:

To the following people:

Do you already know about Blog It Forward? If not, I suggest you to read the “Blog It Forward Community Challenge” by Moshe Naveh and have a look to the existing chain.