5 Things I Learned From15 Second Graders

As part of SAP’s Month of Service, I had the privilege of teaching Junior Achievement’s Our Community program to fifteen second graders at Crystal Lake Elementary School in Lake Mary, FL. 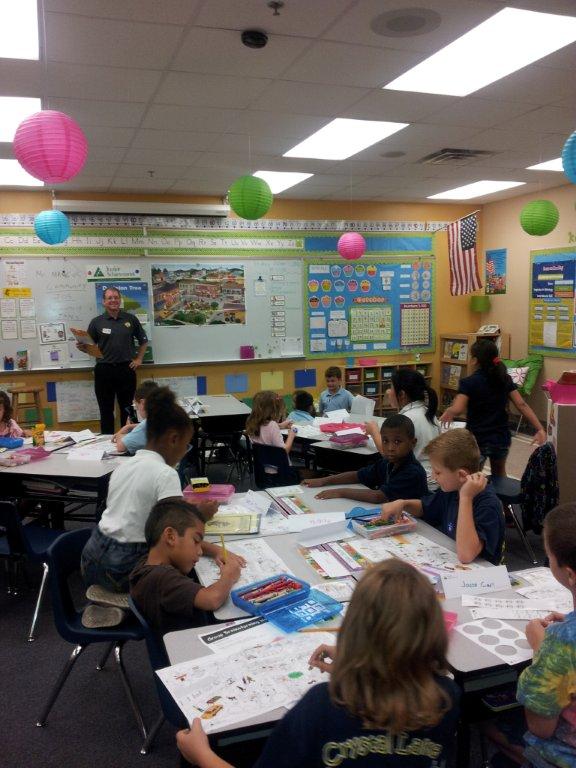 Here are five things I learned:

If I ever needed help passing something out, every hand went up.  If the student didn’t get selected, they were disappointed.  The teacher has a great solution to solve this problem.  In the front of the room there was a cup of popsicle sticks with every students name.  By picking names that way, it seemed more fair to the students.  I learned quickly not to look at the sticks when one was picked because that would turn the students against you.

Many of the activities had stickers and that was the high point of the exercises.  I had no idea that stickers were that loved.  I am going to bring stickers to my next customer meeting to see if it has the same impact.

Not One Second Grader Knew the Name of the Vice President

Most knew there was a presidential election and that Governor Romney was running against President Obama.  Without me asking, most students told me who they were voting for (some were disappointment when it came up you have to be 18 to vote).  But nobody knew the name of the Vice President of the United States.  Do you?

In one of the exercises, the students get paid for their work in JA money.  After explaining that taxes were to pay for services that all students agreed were needed in a community, I played the role of a tax collector and took some of the money back.  Reactions ranged from crying to outrage.  Nobody wanted to pay the taxes even with fake money.  Are we born not liking taxes?

I went to eat lunch with the second graders and every student that I was sitting near me offered me some of their food.  Feeling like I didn’t want to disappoint them, I ate it.  Then I found out quickly that they wanted some of my food in return.  The most in demand food was my tater tots.  They all thought it was funny that I put the catsup directly on them and not in a separate compartment in my tray.  After all the tater tots were gone, they continued to dip their food into the left over catsup until it was gone.

I would encourage everybody to do some sort of volunteer work.  I am lucky to work for a company like SAP that encourages every employee to volunteer at least once a year.  It was an experience that I will not soon forget.