Note the usual disclaimer applies, that things are subject to change, especially regarding future plans and roadmaps. 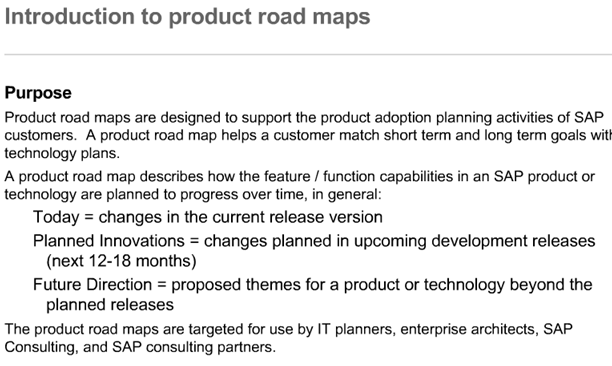 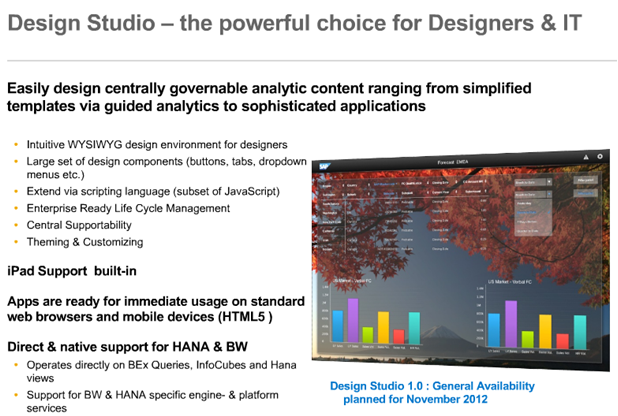 The value proposition is that Design Studio is a product for designers, content developers and application developers, to centrally build analytical content for desktop/mobile integrated into SAP lifecycle management

One of the benefits is the technology is based on Eclipse plug, rendering based on HTML5 that is device and browser agnostic

At design time it has integration with Eclipse; some of the more recent SAP developer tools in Eclipse include HANA and Predictive.

It is WYSIWYG – work with live data as soon as you build, and you see how presentation will look to end user.

It offers good integration in BOE/HANA, central supportability and theming.

It was built with mobile-first approach

Its key engines,  HANA & BW, supports the data and capabilities of calculation engines 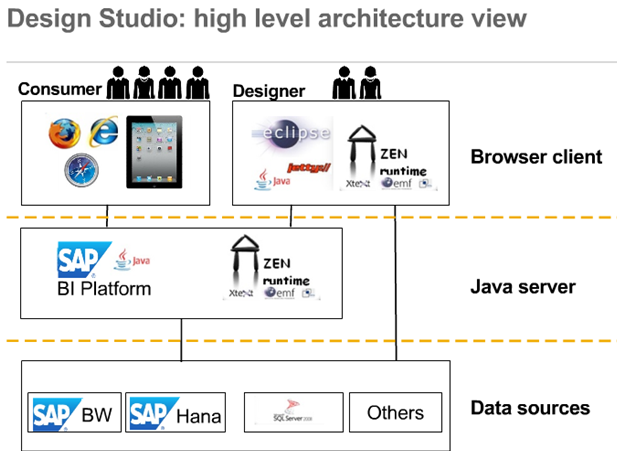 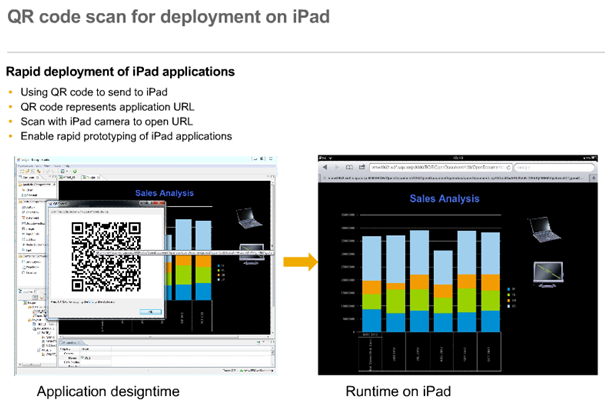 Figure 4 shows the ability for rapid prototyping for mobile application 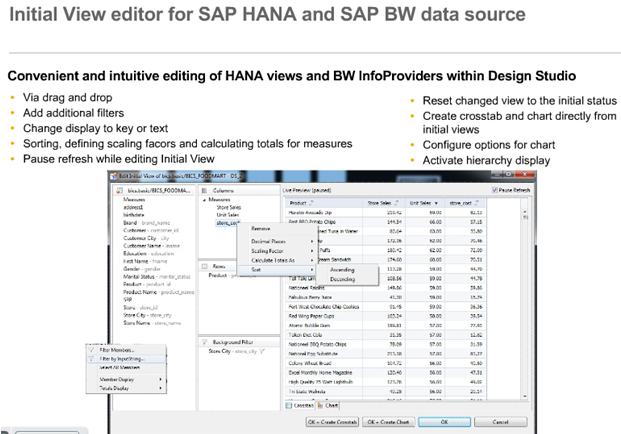 You can change the data source or view of BEx

You can do this inside Design Studio;  you do not need to go into HANA modeler 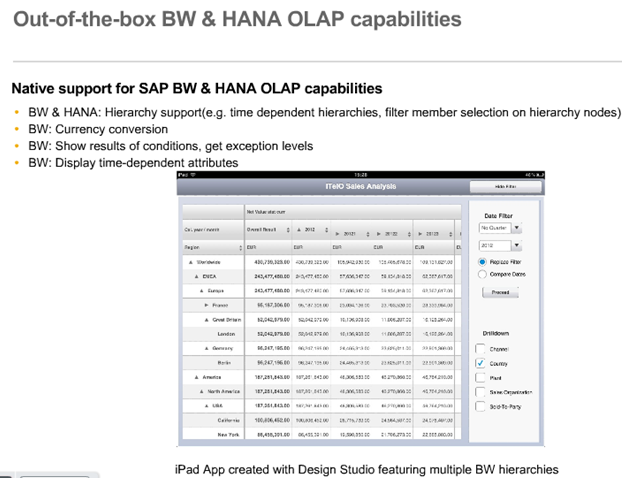 Figure 6 shows the hierarchy feature in Design Studio. Both BW/HANA come with sophisticated on hierarchies 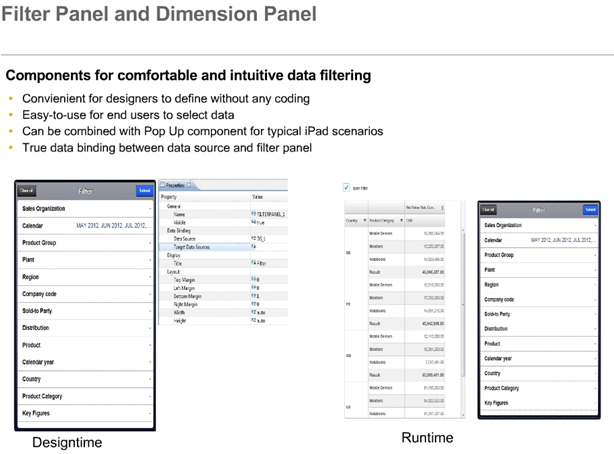 Figure 7 is showing the filter panel, available at general availability.  It will have filter and dimension panel that works seamlessly on browser /iPad based apps 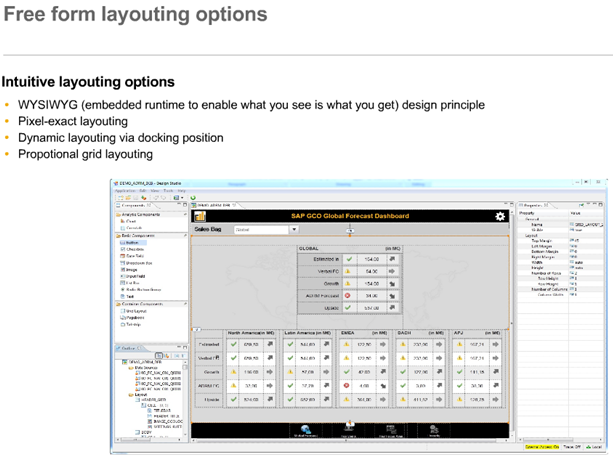 Figure 8 shows the features of WYSIWYG and pixel layout options 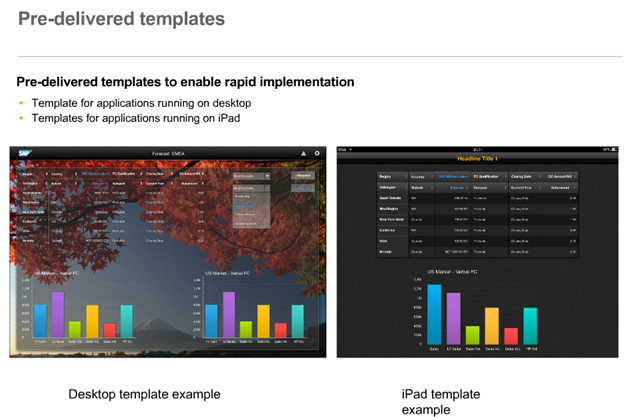 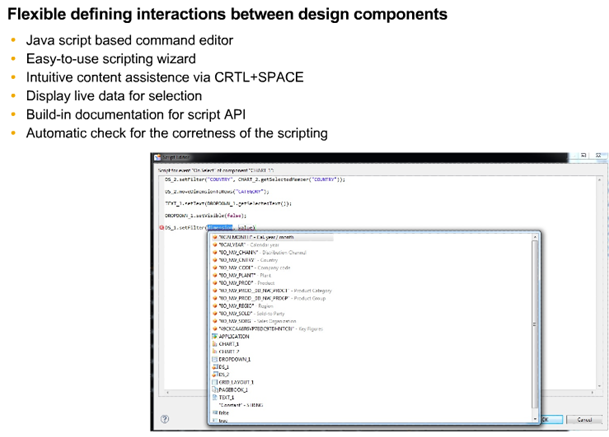 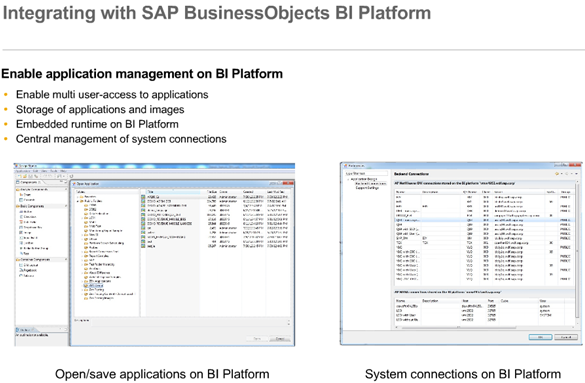 Figure 11 shows the integration with the BI Platform. 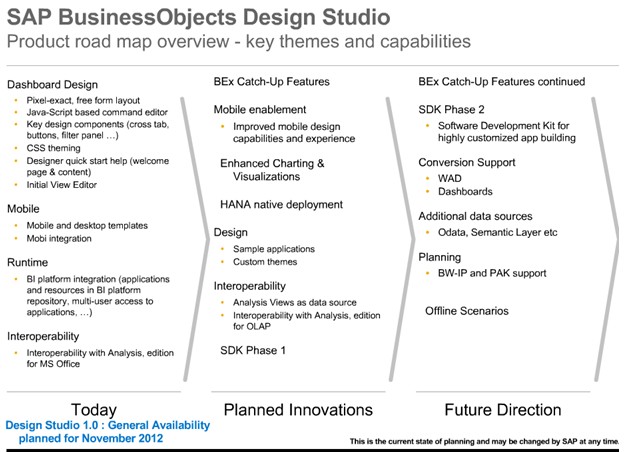 Version 1.1 is planned to have a “BOE free version” for HANA

SAP Design Studio is on client side and server

Q: Great stuff. How do you ship the templates and themes?

A: templates and themes are shipped with Design Studio installer

Q: Is the java stack required to use Design Studio?

A: Java stack is required when you want to share the applications with end users. IT’s required for enterprise ready solution.

For designers to build and test and run the applications, java stack/BOE is not required

A: analysis views can be defined as datasource. This is planned for the timeframe of 2013/2014

Q: The Server has to installed on top of BOBJ? If so what release of BOBJ

Q: Can the client connect to BW directly?

Q:  without BOE just with the client?

A:  it requires BOE for now, a (BOE-free) HANA delpoyment is currently planned for the next release

Q: Is there a property for chart to allow users to change to different type of charts ?

Q:  Is there option to change the chart color?

A: chart color: limited features available, more to come with 1.1

Q:  Will there be PDF Export support and Print friendly views available?

A:  PDF/Print: planned for future release

Q:  What is the primary advantage of this over the Xcelsius

A: advantage: supports all engine capabilities of BW/HANA out of the box, no performance limits on big data, out of the box mobile design

Q: Is there any option to save the data offline?

A: offline: not yet

Q: That is huge. Xcelsius has big scalability issues for the enterprise. Am I correct in saying Zen will offer a strong enterprise alternative?

A:  You are right

Q: I joined a bit late..is is also called ZEN?

Q: + Seems as a combination from Xcelsius and BO Explorer, with more developer capabilities

Q: Do I need Java Stack in BW if I have users consume reports via BOE  ??

Q:  Will OpenDoc be supported? Calling Zen Application from other reports or apps passing parameters

A: no Java stack on NW required

Q: when is the General Release planned for this product

Q:  Any timeline for IP/PAK support?

Q: Will there be any new Service on BOE Side specificto ZEN ??

A:  it’s an add-on and you can manage ZEN content on BOE as nny other BI tool

Q: is the ScriptEditor a language on its own..looks like what we use in BPC but little different

A: it’s a subset of JavaScript; Script Editor is using the sub set of Java script, called xtext

Q:  Since replacement for dashboards is it covered if you are licensed for Xcelsius/Dashboard Builder?

A: you need to check with your account manager

Q: How will this work with Mobile BI?

A: Save design app on server, add MobI tag, then become visible on MobI application

next week in Las Vegas.