The BIF chain has reached me. As I do not want to be the one stopping the chain, here is now my BIF. I got first biffed by Simon Kemp a while ago (sorry dude that it took me so long to get this blog done) and recently also by a new SAP Mentor: Peter Langner. I hope someone from SCN is keep tracking of how the chain evolves, as I have a strong feeling that it will reveal some interesting geographical location preferences.

Let’s start with introducing myself. My name can be found in the title of the blog, my twitter handle is @tobiashofmann, my content on SCN can be tracked through my profile. When you access my profile you can also see 2 very nice pictures of my soon to be 2 years old son. But the blog should be about me (ah, knew this is a trap).

I  grew up in a small town really close to SAP’s head quarter. I had typical childhood, the fact that computers entered relatively early in my life may be the exception (note: computers, Gameboy, Nintendo, C64 and all that other stuff for playing games never reached me. Games at that time meant: Elite, or some text adventures. Yes, I had a PC for gaming). I graduated from university Mannheim in Business Informatics. This means that besides IT I actually learnt business. My focus for the business side was international accounting. Yes, I actually can read a balance, know the difference between US-GAAP, IFRS (at that time still known as IAS) and HGB, including how companies have to declare tax (and save them). Therefore I also know what SOX means and why IT is affected. The informatics side focused on Java development, SAP ERP (learnt ABAP in 1998) and portals (someone remembers Plumtree?).

Regarding childhood dreams: first, I’m not so old, second, I achieved it.

Thanks to portals I worked not only with SAP, but with Oracle, Microsoft SharePoint, many open source technologies and a large part of the SAP portfolio. After all, somehow all the information needs to accessed, what’s better than a portal?

Soon after I finished university I went to Rio de Janeiro, learnt the language by the book – literally as I landed in Rio with only basic Portuguese knowledge acquired by a learn it yourself book. Oh, and that was on my own, no company backing up. If a company helps or sends you, it’s not emigration, it’s a job based location transfer. Doesn’t really count Why Brazil? “Location, location, location” as well as “it’s the economy”.

I do not like Samba, Sertanejo (be it universitário or whatever else) nor do I share Peter Langner’s love for Bossa Nova (btw: you have to come to Rio, they invented the music style here). Seriously, I only know “The girl from Ipanema” from the Blues Brother Elevator scene. What makes Rio a nice city is the fact most part is surrounded by hills and the ocean. This makes Rio a surprisingly green city with many trees, parks and beaches, with having recreational places like Búzios, Paraty or Ilha Grande not far away.

Some while after arriving in Rio I started working in the SAP Portal area of one of the largest SAP customers in LAM. The results of this work can be seen in a total of 3 TechEd presentations in 2010 and 2011 plus one SAP Forum São Paulo presentation. I’m not working there anymore, but met some of the nicest and sometime smartest people that work with SAP there. Currently I’m working in the mobile area of another large SAP customer.

I started engaging in SCN as a pure lecher in 2005 (or was it 2004?), created several users until in 2007 I finally created my now permanent user. Through SCN I made several very valuable contacts in the SAP community I am thankful for. Maybe I should have moved to São Paulo, as the community there is way more active than the local cariocas. But I’m trying to change that! Harder than I thought but I never backed off a good challenge.

In case you are wondering about how much time I spent in SCN, I’m actually teaching my son how to work with SCN. If some of my answers lately were off the usual, then you know why. Here is pointing out to an error in a forum post: 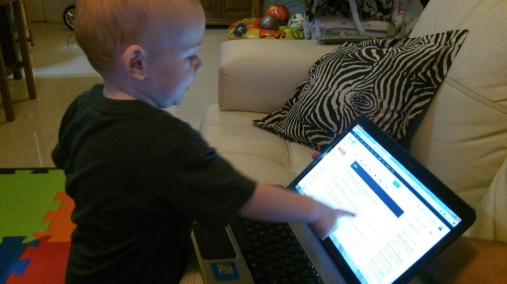 The interesting but not known facts about me

There are so many interesting facts about me, let’s focus on the useless ones:

Now to the questions

From The specified item was not found. (BIF)

That one is actually very embarrassing for me as I DO have a t-shirt that states my quote, but I’m unable to find it. That’s even more embarrassing as I got it as a gift from my ex-colleagues. Hope no one of them is reading this here right now.

Astonishing how people are sometimes unable to combine simple facts.

Easy: the money. I’m not rich and have to pay bills. Oh, rats, doesn’t count. Make the world a better place? Think of the children?

No, nothing of the above*.The real driver is to see what comes next and how to get there. The as-is situation is never the best one, there is always a way to make things better.

*For the record: of course I’m trying to save the planet and always think about children

I would stay at home and spend the time with my family. OK, we won’t stay at home, but definitely try to explore the world. What I’d do with the experience gained while exploring the world … don’t know yet.*

If you want to improve your skills, knowledge, understanding of things you have to try out new things. That’s what I’d do. Trying out things that not necessarily are related to IT. Should be interesting to see what kind of results will emerge from this.

Which is the country / place you always wanted to visit but never managed to do so by now? Why would you like to go there?

Bora Bora, Tahiti, Hawaii. Why? The first two just look beautiful, and Hawaii looks like Rio de Janeiro, but without the Cariocas (I think this one will get me into trouble)

That’s all folks. I now pass it to the Brazilian’s:

To 2 members of the portal space:

I’ll also try to renew previous BIFs. Once to the guy that makes SAP Inside Tracks in Brazil happen: Marlo Simon

As well as to: 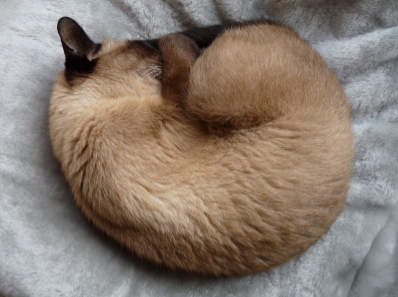