Write Your Own, and Vote for Your Favorite SAP HANA Ad Headline

Have you seen Mad Men, the hit TV show that features advertising executives from Madison Avenue in the 1960’s?  Now is your chance to take on a new role as an advertising executive!  You choose whether to personify Don Draper, Peggy Olson, Pete Campbell, Joan Harris, Roger Sterling, or anyone else. 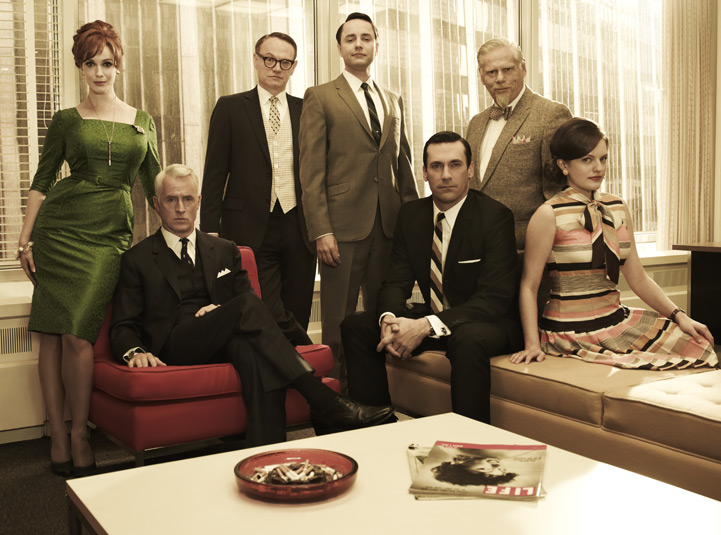 As you know from the massive communications effort around SAP HANA this week, SAP and its ecosystem of customers, partners, employees, bloggers, community members, analysts, and others are reacting aggressively to counter mis-information and factual errors that were spread by Larry Ellison at Oracle Open World (OOW) several days ago.

Today, this ad appeared prominently in the Wall Street Journal (WSJ) to bring attention to the FACTS (rather than the FUD – Fear, Uncertainty, and Doubt – that others are spreading) about SAP HANA.

Our fresh new ad even made the rounds at Moscone Center in San Francisco where OOW is taking place! 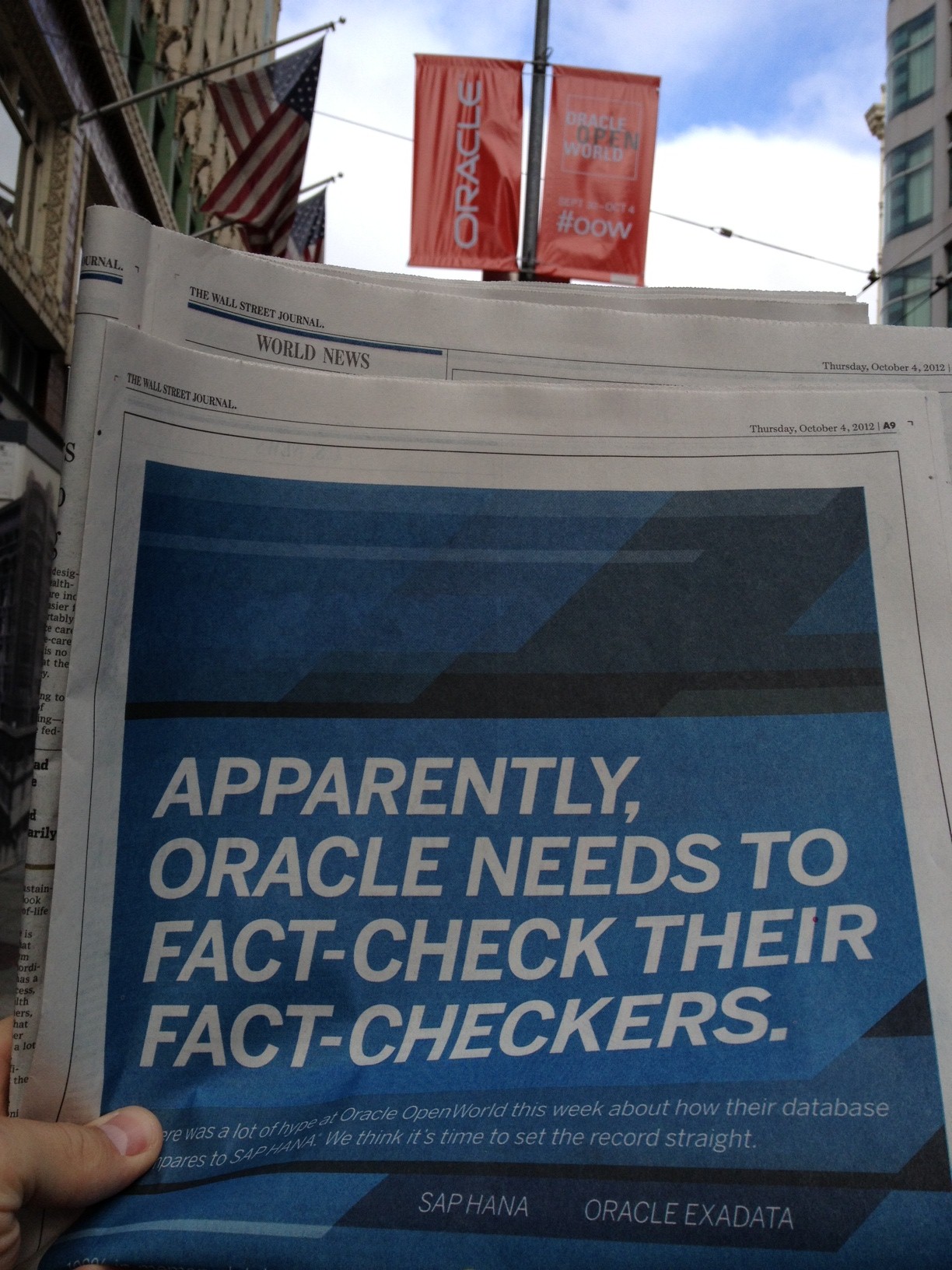 This same “Fact-Checkers” ad will appear in both the San Francisco Chronicle and the San Jose Mercury News tomorrow, Friday October 5th.

A previous SAP HANA ad focused on the cutting-edge nature of SAP HANA as a 21st Century database, in stark contrast to old, 1970’s technology upon which much the market is currently running.  This one ran in the WSJ last week:

In creating the latest ad, our experts came up with three headline options (actually, there is a rumored fourth headline, but it supposedly contains material suitable only for mature audiences).  The three include:

That last one refers to this as “the one chart” they forgot to share:

Obviously, of the three options, we chose this headline:

We want your input.  Did we choose the right headline?  Please vote here for your favorite headline. (Note: you must be logged-in to SCN to vote or comment.)

Also: write your own: Feel free to access your creativity as “Mad Men ad director for a day” and offer your headline in the comments section below.

Watch for other SAP HANA ads to appear in the Wall Street Journal, The Economist, Der Spiegel, and elsewhere.

And, watch for them to include happy SAP HANA customers!