A Better Way to Run HR

As part of the world’s leading publisher of English-language newspapers, News International relies heavily on a single, invaluable resource – its people. To stay on top of employee changes throughout the company, News International also relied on various paper forms whose content would have to be reentered into the company’s information systems. This required duplicate manual effort and often resulted in erroneous data entry. The company needed a better way to manage staff-related changes. And given the company’s deadline-intensive environment, its people needed technology that’s intuitive to use and speeds workflow, rather than consuming more scarce resource – time.

News International deployed SAP Interactive Forms by Adobe, integrated with the company’s previously deployed SAP ERP applications, to deliver full error handling, simplified workflow, and status monitoring in a highly intuitive and visual form interface. Interactive forms created in Adobe PDF and generated directly from  SAP systems allowed for immediate data capture and integration back to SAP ERP without the need for error-prone, manual re-input. And the forms could be configured to be clear and straight forward to business users. This decision also made sense from a sustainability perspective.

News International has achieved significant results, reducing cycle times for HR processes by up to 75%. With process and data controls built into the forms, they can shift critical staff time to more value-added activities. And given the success in HR, News International is taking SAP Interactive Forms into other back-office operations. 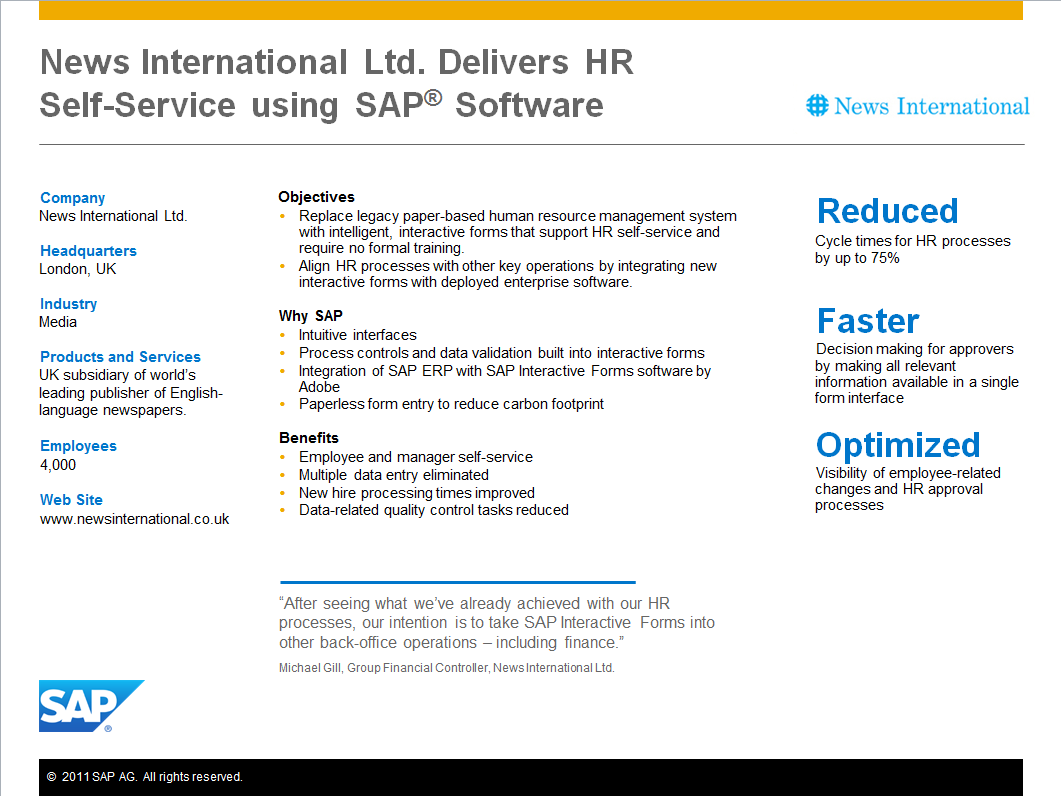