RUN LIKE NEVER BEFORE. That’s what tens of thousands must have thought last Sunday in Berlin just before they embarked on the 39th Berlin Marathon. As every year for the last couple of decades, Berlin had invited the collective community of professional and amateur runners to test their skills, gear and endurance on the streets of Germany’s wonderful capital.

BTW: I’m not paid by the board of tourism of Berlin, but I do recommend everyone to see this city at least once. If you look back, it is probably THE city of the 20th century. A city that saw many of the most influential episodes of world politics of the past 100 years.

While the masses were flocking the streets and parks of the city, SAP Innovation Center had invited young people for another test of skills, gear and endurance. Again, the motto was RUN LIKE NEVER BEFORE. However, this was not about making kilometers in a few hours, but analyzing millions of records in a few seconds. Using SAP HANA as their gear, students were challenged to show their programming skills and endurance in a 3.5-day coding marathon: the SAP Coding Master 2012, held from September 27 – 30, 2012.

In an inconspicuous corner of Berlin Kreuzberg, close to the Moritzplatz, you will find a rather dull looking building, right next to a car service station. You probably wouldn’t expect anything exciting going on inside, but this building houses one of the most energy-filled and creative-innovative places in all of Berlin – and most likely Germany as well. It is Berlin’s Betahaus. Betahaus is a facility for start-ups to set up camp and work together, communicate with other open-minded people, and attend inspiring events. Well, this is just the right setting to place a bunch of bright young people from all over Germany and make them sweat for a number of internships with SAP. A group of close to 30 made it to Berlin, costs fully covered by SAP. Most of them were university students, but I also found a few highschool graduates and professionals. They represented Karlsruhe, Darmstadt, Leipzig, Bremen, Berlin, and more. Spoken languages were primarily German and English, but nationalities were a bit more diverse. I think I heard a few bits of Russian. After arrival on Thursday afternoon (Sept. 27) participants formed 6 teams, each of which got T-shirts in matching colors and were assigned a designated “helper” from the staff of SAP Innovation Center. These teams would compete against each other in 3 official challenges and the odd XBox gaming competition . The challenges were designed with increasing difficulty. First a data set of Twitter tweets had to be analyzed with arbitrary means in order to answer 15 concrete questions. Among them were questions like: “calculate the number of tweets per day?”, “visualize the road course of the stage finish of the Tour de France 2012 on a map using geo-located tweets?”, or “what are the top 20 German cities with the highest Twitter activity?”. This first challenge was primarily meant to familiarize the participants with the particularities of Twitter, e.g. the data format, location information, time-stamping, etc.

There was time from Thursday 4:00 pm until Friday 9:30 am to answer the questions, hand in a PDF with the answers, and prepare a presentation of the results. At 10:00 am teams then had to present. To give that a little twist, they also competed 1-on-1 for 5 points to be added to their team’s score. The rest of their score was made up of up to 2 points for each correct answer. 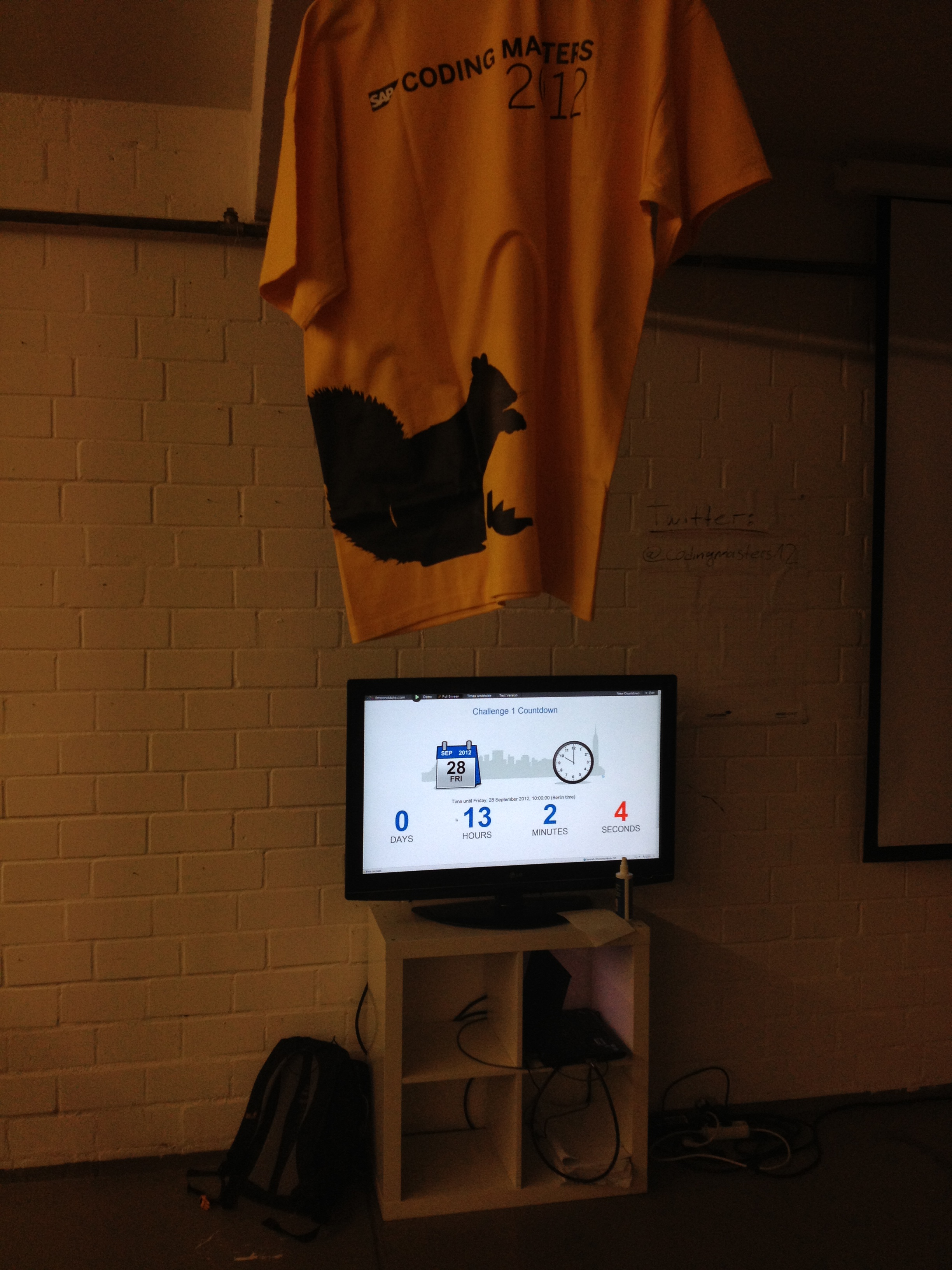 From what I saw, I have to say that teams took this very serious and some of the results were pretty amazing, using elaborate charting and visualization widgets. You could feel that this was a true competition and not just fun. I wasn’t there during the first night, but people told me that it went on until 2:30 am. Well, with high-profile internships at stake, half of which are to be spent in California, this was to be expected, I guess. 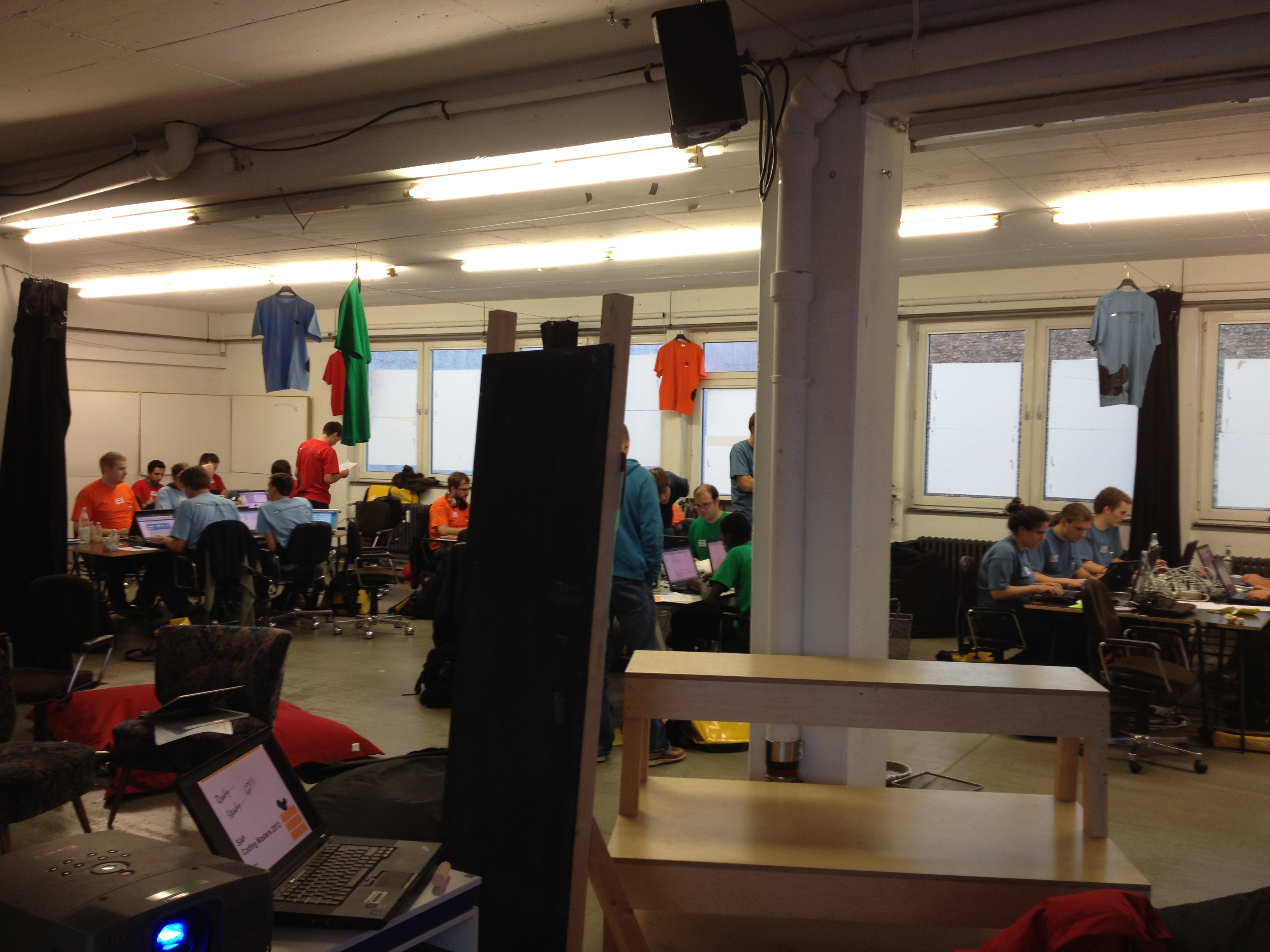 The second challenge was similar to the first one in that it consisted again of a set of questions (20) which had to be answered by analyzing the Twitter data set. Different from the first day, participants now had to use SAP HANA and its SQL / SQL Script interface. Of course, you cannot put a bunch of HANA newbies in front of the HANA Studio IDE and expect them to get proficient enough in 1-2 hours (although some of us in TIP Developer Experience are working to achieve just that). Accordingly, there was a 1 hour crash course to HANA and SQL Script followed by me briefly taking the stage to introduce HANA Developer Center. After this short interruption people were back at their stations and fired up their HANA Studios over lunch in order to explore the data set that was pre-loaded into two tables.

BTW: The catering provided by the people at Betahaus was truly fantastic. Breakfast, lunch, dinner, drinks and snacks were all plenty and delicious. If you ever want to host an event in a “different” location, you should consider this location. It will definitely move you out of you unususal environment.

The coding continued. All teams were in high spirit while working against the clock that was going to stop at 6:00 pm sharp. Outside Berlin prepared for the marathon weekend. Inside a marathon was well underway with the half-way mark clearly in sight. 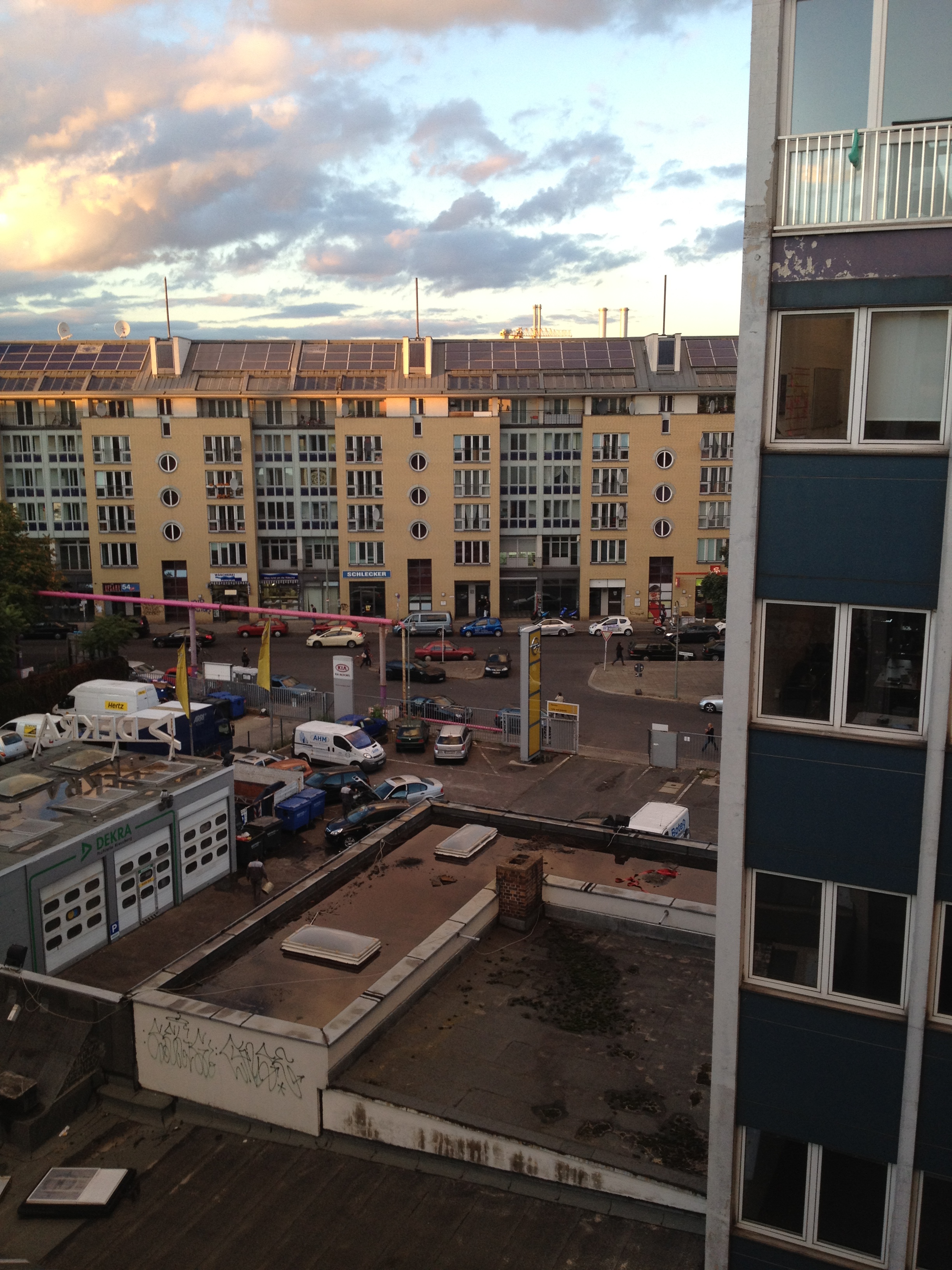 … stay tuned for the second part: result of second challenge and final 2 days with third challenge!

Many Thanks to the SAP Innovation Center Team who brought you this event (please excuse if I forgot any names): Matthias, Janine, Felix, Marcus, Joos, Dominik, Anna, Peter, Marie-Andree, Johanna, Siegfried, Andreas and last but not least Cafer Tosun