Did you ever ask yourself what makes organizations change?

There are many theories that have explored this issue – in fields of behavioural economics, industrial psychology and change management…but, recently I witnessed a situation that gave me a very different perspective on this topic. In reality, it all boils down to se*x and money.

Now, don’t get hung up with a kinky fantasy in your mind!…because, what I am actually advocating here, are two key learning points:

I came across these learnings during an ‘Influencing’ training course…but, as this is a very long story, I will tell you only the first part (the second part you will be able to read in my next blog 🙂 ).

At this “Influencing” session I met John and David. John and David were very different characters. John was extrovert, articulate unafraid of confrontation and happiest when leading. David was quiet, and shy. Somehow geeky. He was hesitant about expressing himself and uncomfortable when he was the centre of attention. 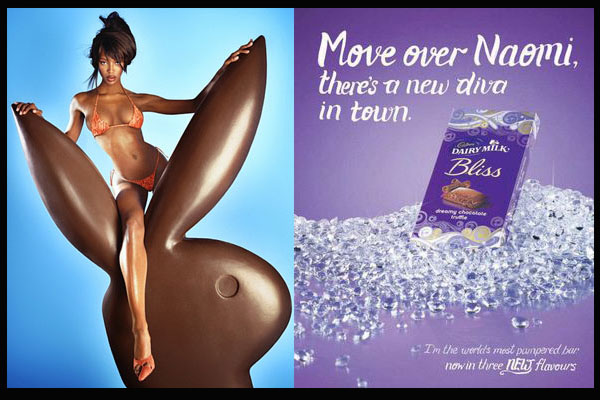 John clearly had potential as a leader but was perceived by many to be overbearing, arrogant and insensitive. David’s head was full of ingenious and original ideas. He listened intently to everyone but was seldom able to command attention or communicate effectively.

During the course there was a visioning exercise describing an attractive vision or objective. The exercise simply required each delegate to paint a picture of a bar of chocolate.

John took over the stage first. Creatively he had prepared a slide with the naked Naomi Campbell…and he was in his element evoked mouth-watering imagery with his wordplay: “As she peeled away the sumptuous purple foil, lays bare the rich creamy velvet chocolate, she took it softly in her mouth and bit into it ever so gently – feeling the sweet smooth explosion of flavour and pleasure as it melted slowly on her tongue…”. Sexiness was oozing all over the room- and as he finished his performance all the other attendees started craving a bar of chocolate (and Naomi ).

David was next on the stage. He did not prepare any visuals. His delivery was clumsy and stilted and he knew it. Sensing his lack of success and the consequent embarrassment of his fellow delegates, he began to panic and his voice (at its best not a great asset) almost disappeared altogether as he muddled rather frantically through what should have been the climax of his effort. He just said: “Hmmmmm…Well, imagine a bar of chocolate. It is made of 70% cocoa, milk and sugar. And it is wrapped in coloured foil. Hundred grams have 340 calories. and it only costs 50cents! Yum!…”

The trainer asked: “So, whose chocolate would you buy? Whose vision would you follow?”

Everyone agreed that John’s performance was better, the trainer asked: “What could David have done to improve his performance?”

The post-mortem commenced. There had been much well-intentioned presentational advice and input (little of which told David anything he did not already know) when John, typically taking command of the room, proffered his diagnosis: “David, I think the words were OK but it didn’t sound as though you really meant it. I wasn’t even convinced you like chocolate? Did you really mean it?”

That’s when it dawned on me: unless you are able to communicate your change or business vision in a sexy, appealable way – it is very difficult to gain the attention and willingness of your followers. And please, don’t get me wrong: I am not advocating here the use of profanities nor vulgarities…I just believe that the vision should be communicated in an engaging way, able to evoke feelings. Only if you can make your followers “feel” your vision…and only if you say it as you really mean it – your audience will get inspired, and they will follow you and your vision.

How is the strategy in your company been communicated? Is it “sexy”? Do you feel it? Do you “really mean it”…or more importantly, do you believe it?

P.S.: Check out my next blog for the story part about “Money”!

I always try to learn from the best...and this blog is dedicated to the best teacher.

Reading this blog made me remember the phrase "Sell the sizzle, not the sausage".

Thinking about David and John, do you ever encounter folk that can only sell the sizzle, or only given the precise dimensions and nutritional content of the sausage? If so, can you retrain people to deliver a balance of sizzle and sausage, or is it just easier to try and bolt together a sizzle seller and a sausage surveyer?

I think you are spot on!

What you are referring to is the typical manager/sales executive role vs engineer/analyst position. In my experience it is more efficient to team up the two characters, rather than retrain them in competences out of their comfort zone. In any case, both roles are important in order to get the work done and any successful company should provide teamwork skills to "the sizzle seller and a sausage surveyor" in order to leverage their differences.

I will be exploring this topic in my next blog...so watch this space! 🙂