Hundreds of SAP ERP HCM customers leverage SuccessFactors BizX Talent Management functionality today. Prior to the acquisition, customers were responsible for interfacing the two systems by developing project specific solutions. To meet customer’s HR integration needs and make the solutions more flexible, SAP launched a long-term integration initiative for customers who want to take advantage of a hybrid solution. This initiative includes delivering file based integration in the short term followed by message based and process based integration scenarios to be delivered via SAP NetWeaver Process Integration OnPremise (PI) starting Q4 2012. SAP NetWeaver Cloud Integration (PI OnDemand) based integration content is expected to be available beginning in Q1 2013. 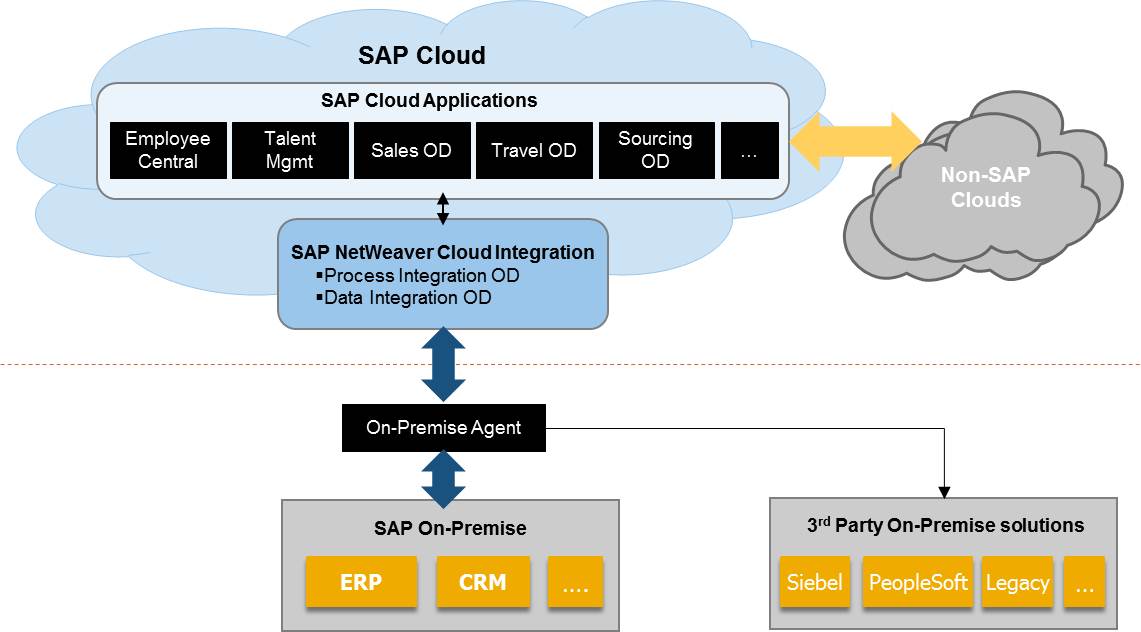 SAP also released single sign-on (SSO) integration between NetWeaver Portal and BizX. This enables SAP’s employee self-service (ESS) and manager self-service (MSS) users to access BizX Talent Management content from within the ESS or MSS portal without having to logon again. In Q2 2013, a further update to this functionality will allow users to natively access BizX services integrated within the SAP Portal user interface and secured via SAP Portal roles.

How secure is the current SAP HCM and SuccessFactors BizX integration?

Data security has always been a top priority for customers as well as SAP and SuccessFactors. The execution of outbound interface program in SAP HCM is secured by infotype level security via authorization roles and only authorized users will be able to execute it. Users will be checked against program execution and specific infotype objects. This program generates a CSV file to a secure file location on intranet. The user could then encrypt the file using PGP and upload to SuccessFactors system using Secure File Transfer Protocol (sFTP).  SuccessFactors system decrypts the file and processes it for import. The Single sign-on access to BizX from within SAP NetWeaver Portal is secured by SAP Identity Management solution based on industry standard SAML 2.0 and X.509 protocol. 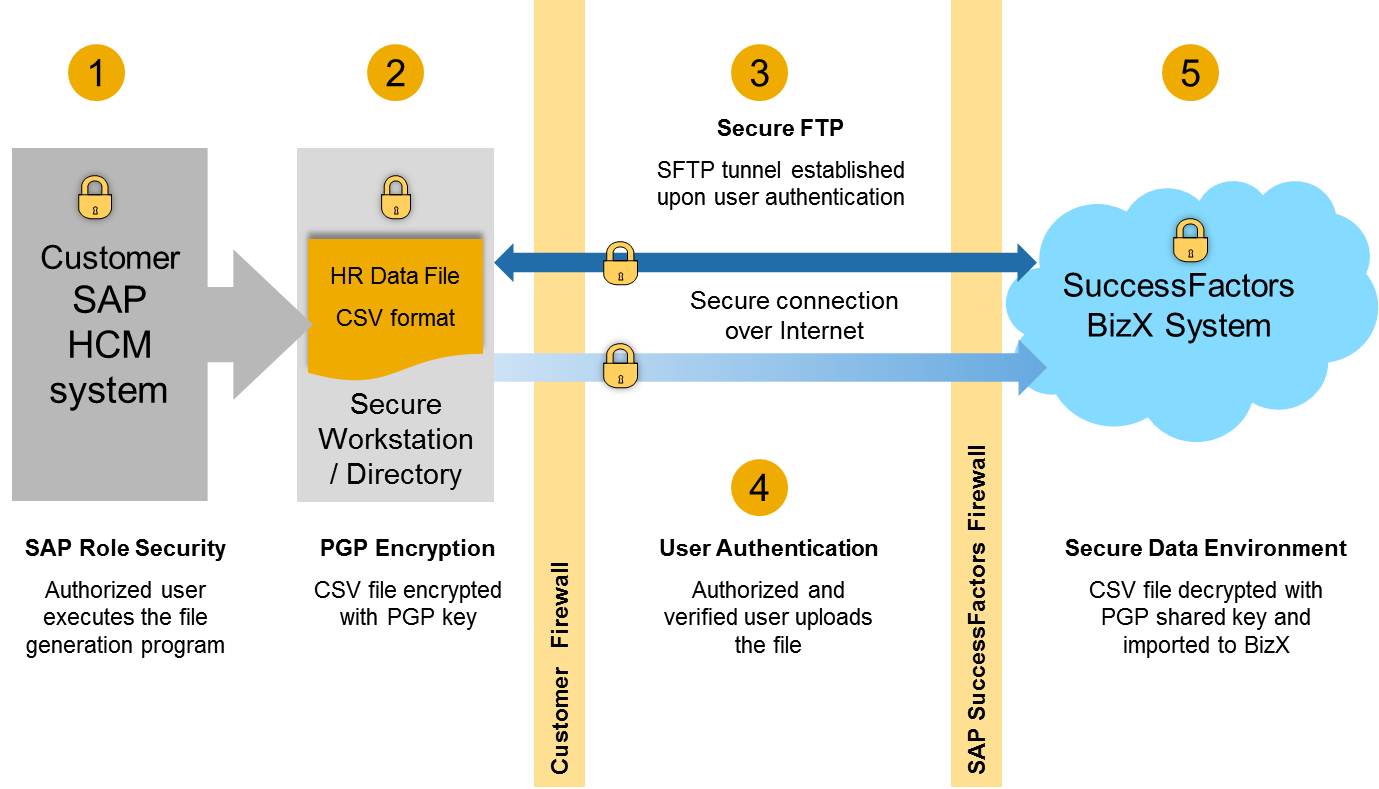 SAP Cloud Integration will be used for integrating SAP HCM with other Cloud based solutions like Travel OnDemand, Customer OnDemand, Financials OnDemand, Sourcing OnDemand, etc. SAP plans to provide prepackaged integration content which can be readily leveraged by customers or can be acapted by customers or SAP partners on behalf of customers. It is also possible for customers to build their own integration scenarios which could leverage SuccessFactors APIs. SAP is also planning to release Cloud Integration with a powerful composition environment which would allow deploying standard or customized content through an intuitive interface. I am amazed at the amount of progress we made in the last several months and there is much more coming to integrate the best of SAP On Premise and SuccessFactors Cloud solutions.