Impressions from TechCrunch Disrupt SF – “What is SAP doing at TechCrunch?”

From September 8-12, over 300 Startups converged in San Francisco to reveal an all new slate of outstanding startups, influential speakers and guests. This year, SAP decided to bring the SAP Startup Focus Program and SAP HANA to Disrupt SF sharing the possibilities for Startups to build their solutions using SAP HANA Technology. 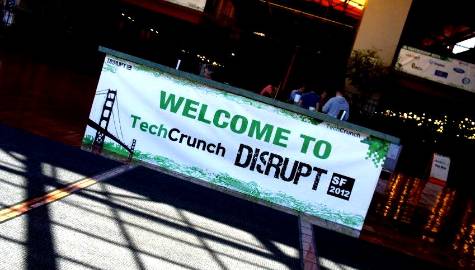 The most common question we heard from attendees was “What is SAP doing here?” After some myth busting by Aiaz Kazi they were surprised to learn more about  SAP’s commitment to mentoring young companies as well as SAP HANA’s breakthrough capabilities easily available to the startup community for development, with a simple, inexpensive and effective development accelerator available to all eligible participants.

We kicked off the event by participating in a 24-hour Hackathon during which developers built new apps on SAP HANA. 150 teams presented their solutions and the “SAP HANA Hacker of the Year” was awarded to Michael Fischer who developed the Minty Green Energy Machine using energy data available from the government.

From Monday to Wednesday, we had presence on the show floor with plenty of traffic and interesting questions around SAP HANA. The SAP team had some great conversations with many startups, enterprises, and the media.

Over 300 startups were evaluated and on the last day of the event “SAP’s chief trouble maker” Aiaz Kazi awarded the ‘SAP Big Data Startup of the Year award’ to Tweather (www.tweather.com) which analyzes Twitter’s stream of content to reveal emerging trends and patterns on any topic. This was an amazing end to close the event for SAP.