Thank you Thomas Zloch, Tammy Powlas, and xMoshe Naveh (Old Acct) for encouraging me to write a few words about myself. Looks like I got pulled into the Ponzi (or a chain letter, depending on your perspective) scheme.

Part of Blog It Forward Initiative.

I first heard about SAP when I was an accountant at Gartner Group in 1997. After reading their research reports about Peoplesoft, Oracle, BAAN, and SAP, it was clear to me that SAP was the leader in ERP (I’m not sure if the term had existed then or not). Over the years I made the transition into IT and though not always 100% hands on with SAP it was always part of my professional life, whether at KPMG or IBM, companies where I really learned the IT finance trade.

I have been independent for about five years now and even though SAP implementations cannot be done by one person, I consider myself a solo practitioner – a term I have borrowed from my fellow CPA’s.

I grew up in a small town in Western Poland, some 100 miles east of East Berlin – a divided city until I left for America in 1989. All I can say about it is that it was very small where big dreams were born and I like to see it at this point in history of which I wasn’t aware when I was growing up there. 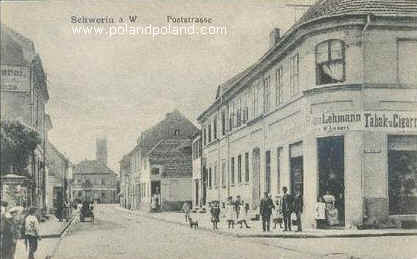 Even though the 70’s and 80’s were dark times under the communism, they were the best times as I was growing up and trying everything for the first time (good and bad). I was a harcerz (coeducational scout), Pele was my hero, and I wanted to be a cosmonaut. When I was a teenager I was in East Germany quite often and enjoyed my vacations there (Berlin, Leipzig, Jena, and some smaller towns and villages). Mostly, they were working vacations. This is how I learned to speak a little bit of German (which now is very, very rusty) but had more than a few opportunities to botch my interpretations:

Those summer trips were probably what drew me to SAP early in my career. I always enjoyed studying grammar (or later linguistics) and didn’t realize how closely related Karl Marx and Noam Chomsky were as I didn’t care about their leanings but rather how their ideas made it to the study of language (or even computing). Even though I like history, international politics, and religion, I am aware of some very painful chapters that each of them has, but which I have, for the most part, avoided, so far.

Now, I live in a town 100 miles northeast of New York City, my new home for half of my life. So, now you can figure out how old I am. My current town is home to an IBM site (please don’t close the site as my home value will plummet) and to Чураевка, which while much less auspicious, is looming very large for everyone who had anything to do with Russian culture (but which has no impact on local real estate prices).

I came to the US to study business and to verify all the propaganda I was surrounded with when growing up in Poland. This was a natural continuation of my college education I had started at Uniwersytet Warszawski and Szkoła Główna Planowania i Statystyki at the time. It sounds funny now, but I decided not to go back and to interrupt college based on the result of tossing a quarter coin. So, it’s a pure luck that I’m here. I was choosing between continuing my education at the Universität des Saarlandes or staying here and starting from scratch. Well, the real reason behind this is my wife’s family that helped us survive the first tough years (a typical Polish American immigrant story, repeated with every new generation) and eventually, I did manage to get my MBA at University of Connecticut.

Since I got this blog entry brought forward through the back channels I can just answer one challenge question that was asked. I don’t know why Marilyn Pratt would call me an SCN fanboy (I think used the term “groupie”) as there many more fanboys and fangirls around here, but I appreciate her inclusiveness and trying to build an empathic community on line and going in a very natural way about it. We are building something new and hopefully better here, even though the ugly divisions along language, hierarchy, knowledge, and others from “real off-line” life sometimes make their way to our second (online) world, but we keep them in check, don’t we?

I must admit that I’m a lifelong learner and even though I enjoy drawing benefits from my degrees, certifications, training, etc. I realize they are but a necessity to remain competitive in the marketplace and sometimes the promised benefits never get realized or investments turn out a bust, so I just keep on trying. I appreciate SAP providing me with this opportunity just like my previous employers and clients have in the past. The software is complex, so we get paid to make it simpler for others to use. Have we reached the 2 million SAP Note number yet? I especially welcome the HPI initiative to open the in-memory education to the worldwide audience. Even though I may not pass the tests and the exam, I’m already appreciating the savings that are possible when HANA is actually implemented. I also like the interaction with other students, which is becoming another online community of sorts – a future education model for my two daughters.

Here are my blog it forward requests: Jim Spath (who “knew” me before we had actually met), Jon Reed (who built SAP online community before there actually was one), and Witalij Rudnicki (who left the bustling of Silicon Valley and now does SAP from Wrocław (Breslau), Lower Silesia.

My apologies to others, but I think most of you have already created the BIF blogpost.

My questions to all three are:

1. If there was no SAP, which software would you use to balance your ledger?

2. If there were no computers, how would you communicate about IT?

3. If you were to choose a college degree today, which field would you choose and why?

Nice writeup. HPI initiative! What a nice/great initiative!  Initially I was not very keen. I completed my assignments for the first two weeks last day. Third one, I was waiting eagerly for the class to open up last Monday. Tomorrow I'm flying out so I would do fourth week sometime tomorrow night. It is very nice initiative.  I love the delivery format.

i think engaging with other students is the best part and hope to see more interaction under the #openhpi handle on twitter as well.

Hi Greg, thanks for telling about your history, now I fully understand your connection to pre-1990 East Germany. Great to read about your professional background too.

I've been told that my last name has Polish origin, can you confirm this?

it's a fine line to bring up things from the past as emotions can flare up, but we try to remember good things from our youth. last names can be tricky, mine isn't necessarily Polish, and i have met many people with Polish last name who wouldn't show Poland on the map. i think if you use some non-Latin characters you will end up with Polish sounding "Złóch", but who would pronounce that?

Awesome BIF and thank you for sharing your background and story.

Thank you for taking the challenge and answering the questions too.

I'm glad you are enjoying the "Ponzi" scheme

did i say i liked collecting stamps 😉

without your energy and SCN presence, i think the list would be half of what it is today.

Great job, Greg! Really interesting to hear your background in the SAP side of things. Watching you and Dennis Howlett chat about GAAP and the like, I always wondered about the accounting expertise. Luckily, I only married an accountant, so I know the terms but don't have to use them! 🙂

well i only have the certificate, the smarts and the expertise are with the better half as she is still with IBM. i think Dennis has a very good handle on his own GAAP with the rest of us only dropping our jaws at his great blog posts.

thx for stopping by and leaving a comment...greg

Hi Greg - A really great blog and very interesting. I'm also a fan of Big Bang Theory, I think my wife has a crush on Sheldon though!

yeah, Sheldon represents all the geekiness of the world in all of us.

Wow, Greg, you have had quite a life - all packed into so few years!

Welcome to #BIF, and it's so good to get to know more about you than I get in 140 characters.

I love your attitude towards engagement - engaging openness and inclusiveness, and engaging students as well.

thank you for your kind words and appreciate them as i keep finding workflow whenever i try to do finance in SAP.

Well, that is the way it should be! How else will you track who should approve what and when?
Holler if I can ever help 🙂

Thanks a lot for posting this interesting BIF 🙂 It was an opportunity for me to learn a bit about life behind the iron curtain.

thank you and i hope the 'Ponzi' reference wasn't taken too seriously. the iron curtain indeed is lifted.

No worries:) When I read this word I thought of a blue Muppet and not an international scheme, so thank you for making smile.

Hi Gregory, you have epic talent! By the way - it seems we were some kind of neighbors. I was born in Zielona Góra and my young years I spent till 1982 in Nowa Sól - not so far from Skwierzyna? Cheers!

Thanks for calling me here. I just need to apologize upfront, cause it takes me between one week and one year (or even longer) to write something. But at the end I always do! 😉

Thank you so much for sharing about you and your experience. It was very interesting and different to read you BIF. Keep up the good work. Thanks for sharing exceptional blog. Keep rocking and sharing new innovation and ideas. I love to read your blogs and happy to comment it.