From the very moment when Moshe Naveh introduced the new challenge I knew that it will reach me some day. Still I wasn’t prepared as Thomas Zloch made my fears become true. Thomas, I really thought you are a Pole.

Now you can read everything you never wanted to know about me * but were not afraid to ask.

I was born in the last millennium, In that year The Beatles performed in Hamburg,  John Wayne filmed Hatari and Juri Gagarin was the first man in space.

At least personalities that accompanied during my life. I am proud to have an almost complete John Wayne Movie collection, Beatles songs make me relax and light (but I do not even own one album) and Space Opera is a preferred lecture that makes my dreams fly (even I am realistic enough that for the sake of money only robots will enjoy space travelling in the next few hundred years). Actually I never read about SAP in a Science Fiction, seems business software is not important in future 🙂

I grew up in a farm house, just 50 meter away from school, never had a chance for truancy.

My mother always said: Boy, learn learn learn, or you become as well a farmer and have to work outside in all weathers. I listened and followed.

See info about the town I grew up: http://www.breitenbach-hessen.de/unserdorf.html

After having survived middle school I took a 3 year apprenticeship for industrial clerk, followed by a few months in
marketing.  Then an American influenced my life: He was accountant, made a colleague pregnant and escaped back home…and
I became an accountant.

In case you think I tell you fairytales, maybe, maybe not. My environment invites, because close to my hometown and actually my first working place is in Steinau an der Strasse, where the living place of the famous Brother Grimm was:

I skipped military service, did 10 years civil protection instead, probably a long-term impact of the 68’s and the Hippie
movement.

The first contact with IT was a Commodore 64, which I sold again after 2 months and swore never to work with computers.

I broke this swear and was the first with an IBM PC and Lotus 1-2-3 in the company.

End of the 80s we implemented our first integrated system for materials management and production planning and execution, as well as accounting and product costing, as replacement for our magnetic card accounting system.
The software was not error free, and I started reading the source code for corrections. This was the starting point of my IT career, a chance to get rid of the accountant in me.

So I took RPG training during the day and studied business economist in the evening, had an implementation project for a year in
a sister company, and a  few years as a system admin and programmer with an IBM S/38 and AS/400 system.

The company was sold, year 2000 already seen at the horizon, and I was asked to join for 2 months an international team in New York area to do a business design. At that time I had not spoken English for 20 years.

However, 2 months became a year in New York, followed by a year in Antwerp, and a year in various places all over Europe to implement SAP.

Somehow, I found time in these busy times to find a wife, married her on short notice, bought the rings in Brussels, married at
home town in Germany, and next day we were in Italy. She enjoyed sun and beach, while I had a Go-Live with our Italian subsidiary and to fix our beginner errors till late in the night. So my wife got used to my absence very early.

The company got sold again, actually in parts to competitors, and I was asked to help splitting the system, archive and scramble
the data. So I added to my Materials Management and Inventory management skills some more in data archiving (while I still feel young – at DSAG archiving days I always have the impression Data Archiving is the end of Life Cycle )

The system split was followed by the first SAP system merger and I found myself in Data cleansing and preparation for data load in
Hopewell Virginia, a town without a sidewalk. My wife had to stay at the hotel, only 500 meters away from a shopping center, but impossible to get there without car, the last time she came with me for a project. Maybe it was not caused by the sidewalk…a little later my daughter was born. 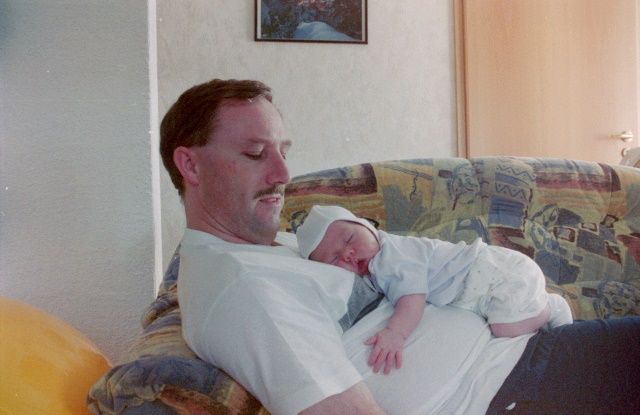 And the carousel turned faster. The company merged with another, IT got reorganized (at that time it was only once in three years – nowadays it almost the other way around: 3 times a year) . I moved closer to Hanau, the birthplace of the Brother Grimm and work in Darmstadt now, a 60 km drive which gives me the opportunity to listen audio books.

Darmstadt is the City of ESA (European Space Agency).The loop to the Science Fiction from the beginning of the blog is closed; in a Hollywood movie would this be the end. In a SAP project only the Go-Live, which just means, budget is exceeded and you are right in the middle.

So let’s move on and try to get some of the obvious questions answered.

I joined SDN in 2005, seeking for information, kept being calm for many years as many questions were really too difficult for me…
actually I was busy as a moderator in another SAP forum. But then SDN vacuumed this forum, eventually it did it by itself with too much advertising. Isn’t that interesting, companies come to crowded places to sell their stuff and actually cast out potential buyers.

Back to SCN.  It is really a wonderful place to get information. You can find answers to almost every question.  If everybody would search before asking, then we would not see any question in the forums for many weeks.

Gali Kling Schneider made me a moderator for MM forum end of last year. MM is a hobby, I am actually working as SD consultant (Don’t be afraid G Lakshmipathi, I am not going to make my points there),  but most of my time I am doing
special  projects like data migration and data archiving, Warehouse Management implementations and data harmonization and
Small Company Rollouts.

My work became a hobby, as I am relatively free to decide from where I work and when, just how long I work is restricted by our work council, one of the last SAP free areas in a company, maybe that’s the reason why the still have their old-fashioned boundaries. And I am a redundant violator when I have my migration projects and load data for many weeks around
the clock.

Many questions listed in http://scn.sap.com/community/about/blog/2012/08/20/blog-it-forward-community-challenge
are already answered without having named them explicitly. I had and still have fun in many projects, implementing inventory management or warehouse management is always a bit more fun as warehouse people do rarely speak English, and I
nothing else than German and English – okay I became fluently in Italian cuss words with the roll-out there. 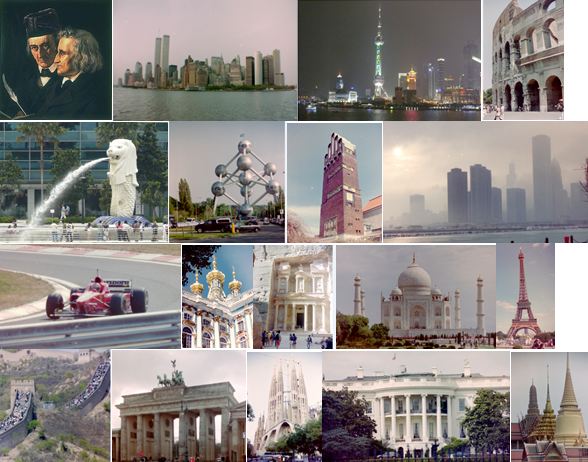 Stations of my life

I don’t need to think about what superhero I would like to be, colleagues already name me “THE MIGRATOR” becasue of my data migration projects , but I could easily become The Punisher if this GRC hype and the restriction of authority continues to block my migration activities.

If you are curious about where I am actually working, then see one of our funny commercials: Baby  or James Bond or Cleaning or Vampires or Viagra or Elephant or petrol can

I’d like to “blog it forward” to Dogboy 49 , a resource who  fills my knowledge gaps in PP area,  and Arminda Jack who has
her  avatar picture with such a beautiful smile and relaxing pose that I always enjoy seeing a post from her.