Transaction codes should never be added manually to S_TCODE instead it should always be added as a menu item within a role. If not followed as stated it would result in a number of ambiguity within SAP system and your security approach will not be effective.

Let’s try understanding the implications with an example. I have created two roles with different approach i.e. adding tcode in role menu and adding S_TCODE manually in to authorization tab. I have noted down some points on the behavior of these roles to give a clear understanding.

Here is how the auth tab looks in these cases 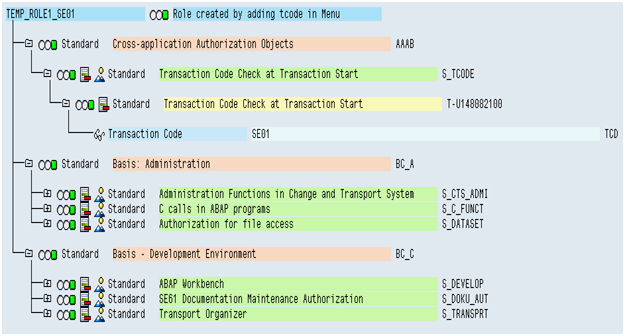 In the same way other objects have been pulled along with their standard authorizations as maintained in profile generator tables (USOBT_C, USOBX_C). When a user is assigned this role he will eventually get all these authorizations thus able to use the complete functionality of transaction SE01.

S_TCODE added manually
Authorization tab in this case looks like

So to avoid any potential issues/escalations from end users always follow the standard procedure for creating role i.e. add Tcodes to menu and never add it manually to S_TCODE.

Other ambiguities arising due to this (adding S_TCODE manually in role) 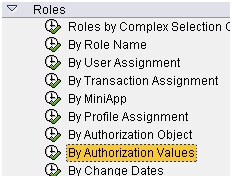 But we are not sure if the role has other relevant object in it.