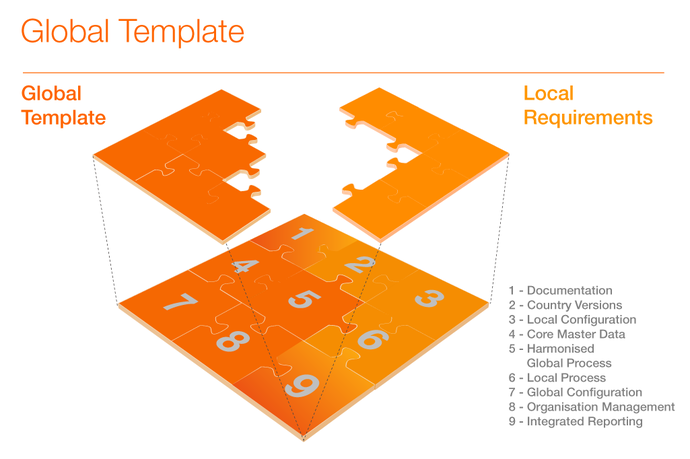 I have just come away from a two day conference here in London on share services in the world of SAP. This come hot on the tail of a trip to key Winshuttle customer, Maersk at their impressive shared services center in Pune.

Some interesting revelations from the attendees at the sscsap conference was the number of ssc that labour under numerous SAP and ERP systems. Many of these companies have plans to consolidate to a single SAP instance in order to reap the benefits associated with a single ERP but equally, many believe that there isn’t really much of an opportunity to really move to a global template because localized operations are so fundamentally different across geographies and business units.

These discoveries were further elaborated in the proceedings of the conference where it was debated as to whether one should move ones’ shared services center to a unified organization before or after the convergence of the SAP platform to a unified single instance. It was concluded that there was no right or wrong way to resolve this, it really depended on many factors. Some of the important facets of the decision to consolidate the SSC and the ease with which that can be done were highlighted as follows:

How does the SSC serve the business? – Is there an expectation that the SSC will service specific time zones? Despite distributed geographical locations it should still be possible to umbrella geographically dispersed locales under a single umbrella organization.

Is language an issue? – This is a similar topic to the preceding one, however it does play into the model that you adopt. Many SSC’s adopt English as the lingua franca of the SSC even if the parent company is say, French and the shared services center is located in Manila but services many languages.

Service Level Agreements – rationalise sla’s seemed to be an important issue, prior to consolidation you might find that the SLA’s between the SSC’s and specific business units are not consistent, this is an earl objective that needs to be clarified and resolved early on.

Technologies – consistency in the application of technologies leads to the application of consistent work practices and then leads to consistency in the process – all this makes setting and maintaining the SLA’s that much easier. If you’ve chosen a specific language that also compresses the technology stack because then forms for example don’t need to be generated in multiple languages.

Distinguish between the law and the preference – a number of speakers spoke of legal requirements that were outlined or highlighted in the global template blueprinting however on further investigation it was found that in many cases the number of ‘must have’ reports and capabilities ultimately could be significantly reduced by getting external parties like the auditors to weigh-in on what was required from a legal or regulatory perspective as opposed to a work practice preference.

Important companies that spoke on these challenges and facets to SSC consolidation were airproducts, volvo, the bbc, the royalmail, SAP and gsk as well as a number of others.