ABAP Development Tools Tutorials – Learn how to use ABAP in Eclipse

Learn to use ABAP Development Tools effectively by stepping through the short video tutorials.
More ABAP in Eclipse Video Tutorials on ABAP Channel in YouTube.

Learn how to create your first ABAP project and handle system connection, even for different ABAP systems at the same time.

Learn how to add new development objects such as ABAP classes to an existing ABAP project.

Get familiar with the navigation capabilities of the Outline View.

Get an overview of the multi-document source code editor and navigation between the editor windows.

Learn how to use code completion and signature templates.

Learn how to create and use predefined source code templates.

Learn how format your source code.

Learn how to compare your ABAP development objects even from different systems.

Learn how to use refactoring capabilities for your source code.

Learn how to navigate through your source code.

Learn how to carry out a system-wide search for ABAP development objects in your project.

Learn how to take advantage of the Where-Used List.

Navigating to and from SAPGUI

Learn how to access the ABAP tools that are not (yet) supported by the ABAP Development Tools using integrated SAPGUI.

Learn how to run ABAP Unit tests for your development objects.

Getting ABAP Dumps as Feeds

I' m really surprised about all the money SAP spends in reimplementing features already available in the ABAP Workbench into a new development environment. What' s the benefit of all this?

I mean, why are development efforts not bundled and used to improve the toolset already available - or fix some annoying bugs in it? Who' s going to use this ADT in real-world projects?

As I started my SAP career with Java-based development I watched all the new products being promoted agressively - Web Dynpro Java, Guided Procedures, NetWeaver Development Environment, Adobe Documents, ESA/eSOA, SAP Portal. Who talks about them any more?

All customers who believed in the Brave New Java World and therefore bought that stuff together with lots of consulting spent a lot of money just to realize that their investments were not even half as future-proof as the ones made in ABAP-based technologies. WDJ gone, Guided Procedures gone, Portal in a rearguard battle  ...

I believe that' s why in 2013 a good SAP Business Workflow Consultant will still be working to his/her capacity, while Developers playing around with NetWeaver stuff (BPM, BRM) will - after years - still work on POCs and build prototypes.

Now, what' s left over of the Java gold rush is a lot of wasted budget and this ineffable Eclipse development environment, which obviously had to be reused somehow - so they now try it with ABAP and HANA.

Cobbler, stick to your last. I don't think that guys responsible for IT budgets outside the SAP universum really appreciate any further experiments.

All aspects of the new development model are already available in eclipse like SAP UI5, Gateway, HANA Tools. Therefore it is quite natural to provide also an ABAP development perspective into eclipse. But we are not just copying the SE80 into eclipse. We also provide new tools in eclipse to increase development efficiency also for the pure ABAP development  usecase. This does not mean that we will remove the SE80. Within eclipse we have exactly the same server based development approach. The sources are stored in the same place as SE80 is doing. That means you can also work in parallel with SE80 and eclipse in the same system on the same development objects. Locking of objects, version management, activation, transport management and so on is exactly the same as in SE80. Simply spoken it is "just" a new modern GUI for the ABAP developer that integrates perfectly with all development tools coming from SAP and outside SAP.

Thank you very much for your detailed and well-founded reply. I.m.h.o. there is too much "in futuret there will be ..." in it.

Taking a look into the recent past developments I am quite sure that not half of the technologies which are pushed right now will survive only the next 5 years (which is the maintenance period of NW 7 as far as I can remember).

If you ask me, most of the SAP customers - at least the medium-sized companies here in Austria - are taking a very conservative approach when it comes to new technologies in the ERP department of IT. With their IT staff - or even external consulting - they are not able to follow every trend you announce in the areas of UI, database or application development.

Especially UI and application development technologies have been a field of constant changes in SAPs strategic papers. Just have a look at the trend of the past 10 years or so:

There is neither the budget nor the time or even the interest to follow all the trends that occur in the slideware of key account maangers.

Most customers simply try to depict their core processes in a couple of modules with IT fighting against the operating departments about what has to remain unchanged in a new ERP system so that their users can continue their work without any disruption.

So don' t get me wrong: Í have also been a techie ever since I entered SAP business back in the days, but have been taught a lesson to take the most conservative approach whenever possible in many bigger and smaller rollout projects.

SAP lacks focus and can't stick to one thing and make it better. I am myself skeptical of UI5 and then node.js and all the noise.

What's your point of view today?

First of all thanks to Olga Dolinskaja. But I would also like to thank Thomas Wurcher and Thomas Fiedler for sharing their views as well. 🙂

How can I integrate SAPUI5 with ABAP Development for Eclipse?
Please guide me...

you find all the tools you need on the SAP tools update site:

There is an excellent End2End Tutorial  from Bertram Ganz about the topic:

Thanks a lot for putting the blog together.
It was very informative and helpful.

But I still see something odd about using ABAP in eclipse.
I just downloaded the Eclipse Neon 4.6 and did everything that is stated here.

But some parts of the ABAP tools seem to appear different than how it is shown in this tutorial.

Mostly the differences are not bad but there are some useful features missing in the version that I am using.

For eg., when I try to create a new project, everywhere in the tutorial they seem to get the list of available systems in the environment. But I see only the below screen. 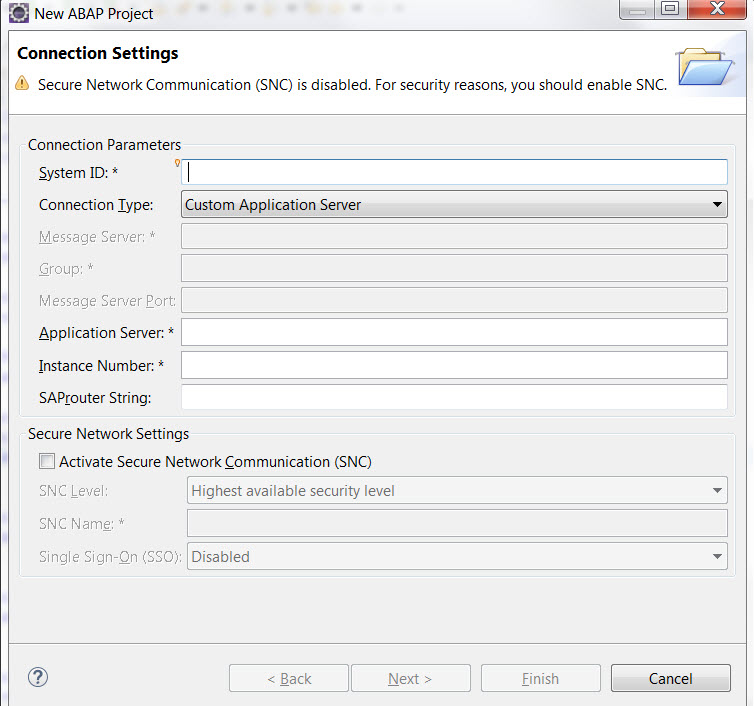 I can still find out the details and add them here but for some systems I m getting an error saying ‘Partner cannot be reached’.

This really happens only with the version that I am using. It is entirely possible to access the same SAP system using an ABAP perspective in HANA Studio.

Do you think there is any update which might solve these problems?

to get the list of available SAP Systems you need to install SAPGUI in your computer: this is the prerequiste for using ABAP Development Tools in Eclipse. ADT "reads" the SAP systems from the saplogon.ini file.

Apart from that please consider, that these video tutorials were built some time ago, therefore some screens look different in the last ADT releases. But the functionality is still the same. Sorry for this inconvenience.

Thanks for your reply.
I understood now.

I indeed had SAP GUI but the saplogon.ini was configured in a server. 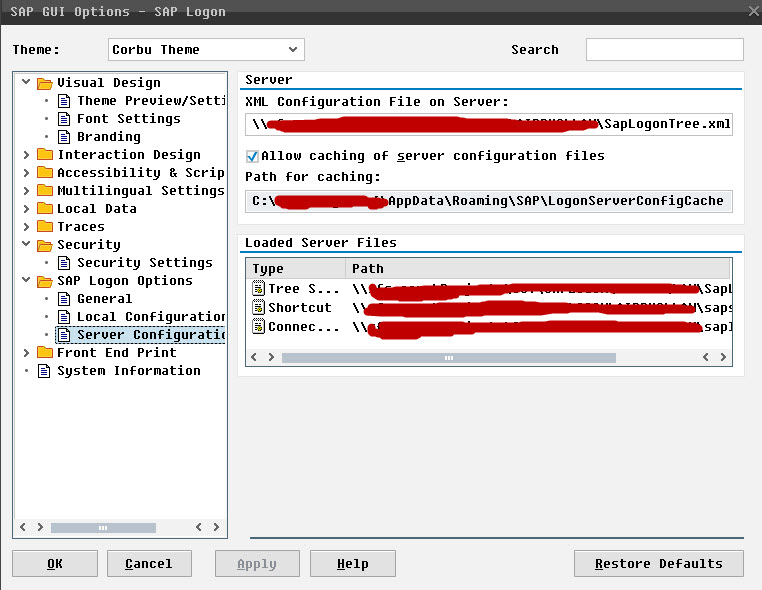 I copied it to the APPDATA folder and it works fine now.
Thanks for the help.

Is there any link available on "how to implement a BADI" using Eclipse ADT.