Learnings during upgrade to BW 7.3 – Part I

Its been more than four months since we went live with BW 7.3 SP5. There have been some struggles during the upgrade, but there have also been benefits with moving to BW 7.3. Picking the subject of upgrade to 7.3 looks like a mighty task for my 1st blog. I’ll try to do justice to it and make it as detailed as I can. I can’t promise that it will be structured in a proper manner, but will try to list all the issues, surprises and benefits of doing an upgrade. I also implemented various OSS notes (a lot of them!) during the upgrade. I’ll list them wherever necessary.

I came onto the project after 7.3 SP5 was installed on sandbox and development preliminary tests had already been done.

Extensive testing of process chains was possible in the test system. This did bring out multiple issues related to the new system.

The transports seem to have gotten better in terms of checks that the system does. The system now checks to see if any dependent objects are missing from the task and if so, it gives an warning. This gives a developer an option to add any missing pieces so that the requests does not fail. 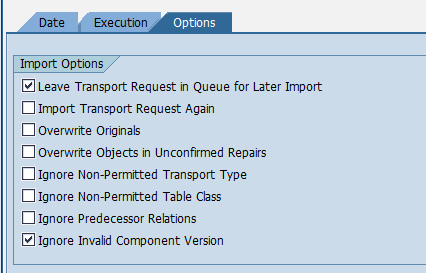