First and foremost, I would like to honestly answer the following:

Why am I writing this?

I’ve been asked by Ohad Yassin to do this.

Well… not exactly. It’s not that we met in the elevators and Ohad just asked that explicitly, it was more part of the Blog It Forward thing,

If you are not yet familiar with this cool initiative, read about the challenge and check out the chain.

So here’s a little about myself:

You already know my name. I’m 31 years old, married to Carolina and new Father of Dan, here they are (isn’t he the cutest thing ever?!) 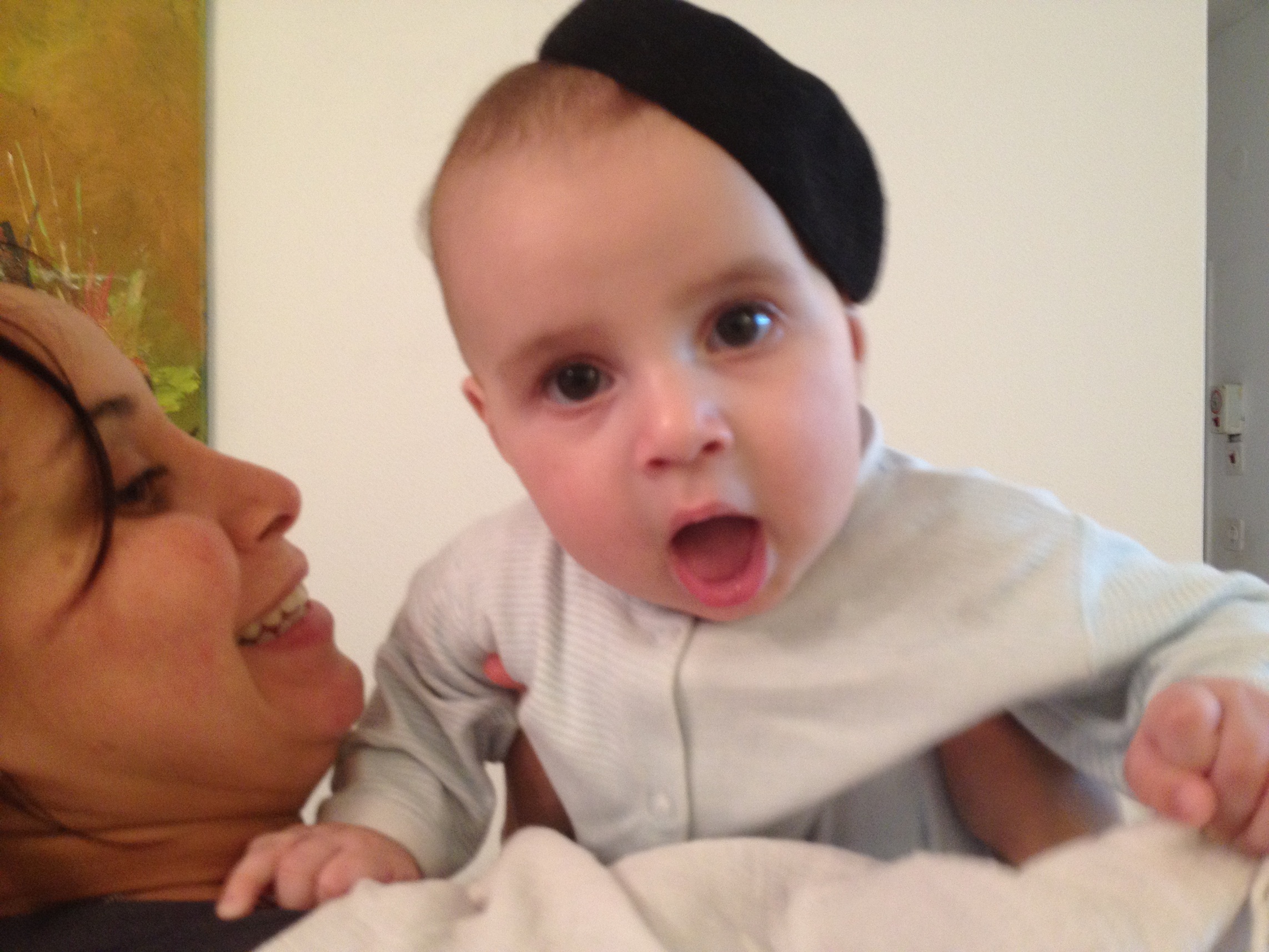 I have been working for SAP a bit more then 7 years.

During these years I have always had the pleasure of being technologically and professionally challenged as part of my daily job in the BIT Portals group. Some of my previous roles were related to test automation and test automation tools, and since Oct. 2011 I’m part of the Netweaver Cloud Portal Mobile team.

The NWCP is the fastest thing we ever delivered. It was POC’d only 14 month ago, the first line of UI code has been written 11 months ago, one thing led to the other, and it’s out there right now. It’s been an amazing journey, and it’s only the beginning.

Ohad, in his BIF link to me, introduced the following questions to me:

Outside the Cloud Portal Site Studio, there are some administrative tasks that need to be taken care for: exposing the content that will be available for authors, configuring connection to EP system to allow consumption of legacy content at runtime, defining roles for IDP users and setting site theming and branding. SAPUI5 is perfect for rapid development of such views. The generic component model, well defined and documented API’s, and an infinite shelf of UI controls already implemented make you feel more proud toward SAP UI technology. The most useful component for us was the table which allowed consistent and usable experience of creating, modifying and deleting the Portal design-time objects.

OpenSocial is a public specification that defines a component hosting environment (container) and a set of common application programming interfaces (APIs) for web-based applications. Initially it was designed for social network applications and was developed by Google along with MySpace and a number of other social networks. In more recent times it has become adopted as a general use runtime environment for allowing untrusted and partially trusted components from third parties to run in an existing web application. We have debated a lot weather or not we want to implement the open social gadget/container model; SAP Enterprise Portal, the older brother of NWCP, uses a more server-driven model of portal components and component container. The power-lift toward client technology, suggested us to rethink the whole component model concept. We found open social as a very structured, sophisticated yet simple specification, and we propose features to our customer’s developers. features are basically a declarative API and it is being configured by the widget developer. A feature is saying that the widget assuming existence of some Javascript code in the context of the widget, and its container (site environment). The code is being injected at runtime by the opensocial server, and widgets can reuse valuable functionality such as pub-sub messaging (allowing widgets and container to interact at runtime), dynamic menu’s API, views, persistence of preferences and personalization. The nicest part is that these API’s are being consumed by Cloud Portal customers just the same as they are by us – Cloud Portal developers.
Additional reading about our API’s

So, I hope you enjoyed reading my first post here as much as I did authoring it, thanks Ohad for the chain. Feel free to post questions here, if you require more information about any of the topics I’ve mentioned above.

And now to the fun part

In the spirit of Blog It Forward, I would like to ask:

Oleg Kossoy: as the first UI developer in the project, can you tell which technological problem was the most challenging?

Ram Alon: as a product manager, how do you balance between stakeholders requirements, and the will to stay a generic portal platform?

See you next time,