Like Dick, I saw value in working a 80% week to spend one day a week with my newborn (quite some years back) son. I can’t say it helped my career, and my son wouldn’t necessarily agree that the extra discipline and vitamins helped his development, but I’m very grateful to SAP for enabling this.

Workflow is my speciality. I even set up my own workflow knowledge site (before SCN or SDN existed) www.workflowing.com, which is still out there, looking like a dying galaxy in the distant World Wide Web 13 TCIP-years away

Like Dick, I uprooted myself from my country of birth (UK->Germany). I just wanted to try another culture (where pubs don’t close at 10:30pm and where cycle paths are taken seriously) and eventually ended up settling near Walldorf. The UK is still my number one holiday destination. 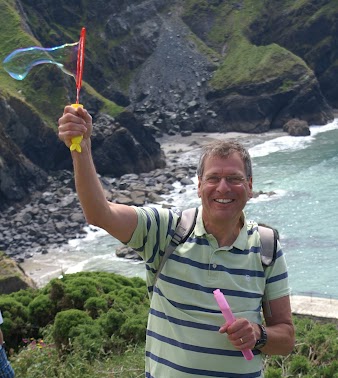 (Me, performing “jubilee waves” along the Cornish coast during the jubilee weekend)

Passion: Coaching the next generation. E.g. SAP NemoKids for the First Lego League:

What is your favorite city and why?

Rome. Food and romance. Also because of the way historical structures like the Roman Forum or the Appian Way tangle their way into modern urban structures.

I read that 6% of humans who ever, ever, existed are alive today. That’s staggering. In Rome you’re confronted with an image of how the ancient civilizations metamorphosed into the bustling modern cultures on this planet today. Let’s see if Woody Allen can do justice to this city to the same extent as Fellini.

What made you start actively participating in the community and why would you recommend to people to give it a try?

I like creating things, but I don’t have the patience to do everything perfectly. So I like to show how to do something well, and then see how others take this knowledge and do things even better, sometimes perfectly. That person’s new creation makes me tremendously proud.

SCN is a very forgiving community. Even if you publish a potentially embarrassing mistake someone will politely help you out. So you have nothing to lose by just diving in giving it a go.

Much as I hate to admit it, it would be developing software. Cloud-based Business Process Management software. Why? Because that’s the future.

My personal belief is that the world’s software vendors are still at least ten years away from significant steps forward in process automation that match the scale of changes made to graphics or gaming software development. We (the industry) are still only capable of modeling or automating the workflow equivalent of the Gulf Stream. But what about all the other currents? Currents that travel in depth as well as direction; eddy currents that oppose or amplify each other, thus changing dynamically over long timelines as one process influences another.

With Big Data (read HANA) that could change. There’s now the possibility to abandon the traditional pixel by pixel approach (as graphics software did twenty years earlier) and start applying different mathematical algorithms to achieve a BPM breakthrough.

What is your least favorite piece of technology today? 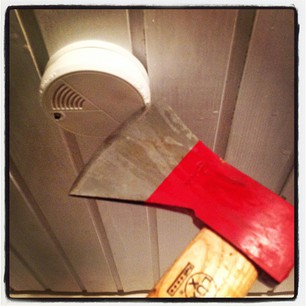 The smoke detector. It could be a lifesaver (I lost a college acquaintance at university through a smouldering mattress). But being woken at two o clock in the morning by the acoustic signal that warns you to replace the weak battery within 2-3 weeks is c-o-u-n-t-e-r—-p-r-o-d-u-c-t-i-v-e.

Why does the alarm trigger at night not day?  It’s inevitable because a battery is weakest when it is coolest. Sadly, manufacturers are forced to build this warning into the alarm to achieve certification.

Longing for a device that suppresses the warning until 9:00am, or until it is light, or uses an optical signal instead – saving even more lives.

Hoping that Stefan Henke, Sascha Wenninger , Philip Kisloff and Anjan Paul will take up this challenge and include my last question. 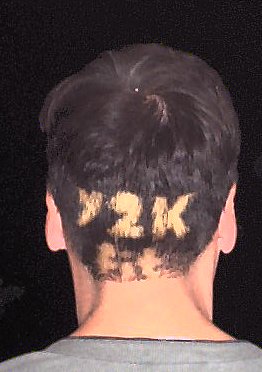 I am so happy you took me up on my #blogitforward challenge (it's true, I got to you first 🙂 )

I regret to say that I solved the problem of the smoke detector batteries warning us in the middle of the night - I just plain removed the batteries.  Period.  However, you've made me rethink that solution, so I will put fresh batts in, and thank you for it.  Yet again, you've probably saved my life!

I am always trying to keep up with you regarding BPM.  And I like it that way.  You are a great person to lead me into the future.

OMG I can't believe I missed your BIF! Forgive me Sue, but I was on vacation.  I'll correct tomorrow.

#decentsmokedetector Exactly Sue, that's the problem. By the time the 2nd child arrives most friends of mine have at best only one left (with batteries) in the kitchen. They've been removed from all bedrooms.

And they see me coming (conspiracy theory @dhirsch.) The one in our rented camper woke me up after just 3 nights.

You are the first BIFer that Got BIFed by 3 Diffrent BIFers. You should feel honored:). Although I'm not a Techie you blog shared some very interesting insights. Yesterday I attended a couple of HANA sessions as a part of Vishal's visit to SAP Israel and it was fascinating.

Thanks a lot for joining the BIF family!

Looking forward to sharing the insight,

Alan, what a wonderful piece!

Yes, Business Process Management rocks and is the future, but I admit you made me think of modeling currents for the first time. Natural events, healthcare, medicine… It’s so fascinating to look at BPM and, every time, all the time, find new proves that it’s the absolute future-lifesaver-uplifting technology.

Totally with you on #DecentSmokeDetector.

Great post, I love Rome too. We went to a friends wedding there last year and I shall definitely return!

All the best! Once again thank you so much for sharing this blog. 😘

Have a blasting weekend!

And the house hasn't burnt down yet 😉

Second time round I’ve accepted my employer’s early-retirement plan. So after over 25 years with SAP in the BPM/workflow domain I’m calling it a day.
During this time I’ve seen all the competitors’ workflow tools fall by the wayside so I’m very proud of the durability and appeal of SAP Business Workflow, and the other SAP BPM tools – each of which serves a unique and vital purpose when it comes to enterprise BPM.  And the field of workflow itself has moved from niche relevance to an essential resource for businesses large and small - and justifiably so.

Personally, I’ll be sad to lose the contact with my colleagues, and especially sad to lose the daily contact with the SAP community, be they mentors, external consultants or experts working for customers – this was the really exciting and fulfilling part of working in the ERP software domain. Maybe it’s the cohesive nature of workflow, but the workflow community has always been especially strong starting with MIT’s e-mail-based community server even before SAP introduced the SDN/SCN network, and lively face-to-face conferences. This was especially important to me, SAP, the software and many careers outside SAP – So huge thanks to  those of you involved in this.

With the SAP Cloud Platform Workflow service a new exciting era is thriving, and I recommend you  (in the name of careers, interest, software evolution, and ERP health) to throw yourselves at this, together with the other parts of SAP’s iBPM offering.

You've been such a mentor and inspiration to many in the SAP_WF community.  You really set the bar high for those who follow in terms of educating, sharing, engaging.

I just don't have the words to express my gratitude to you for all you've done for all of us for all these years.

Drop back in now and then.  Who knows, you may see an old SAP Business Workflow person learning new tricks! 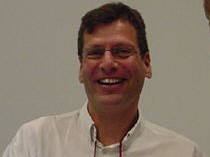 So glad we could share ideas and knowledge for such a long time. I'll sure miss your presentations and suggestions.