Recently sapportal team released nwcloudportal in its first version. Of course, counting versions of cloud software is not very productive, as we are going to release rapidly. How rapidly? Currently we work on monthly releases and call them based on <yymm> naming pattern of when development was finished. Thus our first release is called 1208.

Release timing is important, but even more important could be what are the features that we release. nwcloudportal is very customers and partners oriented product. It all started from a POC for a customer, than was presented as a mockup at Teched2012 in Las Vegas, Madrid and Bangalore where we signed customers and partners for beta program and other ways to provide early feedback, like Design Partners Council. (Below I’m talking about nwcloudportal at TechEd Madrid 2011) 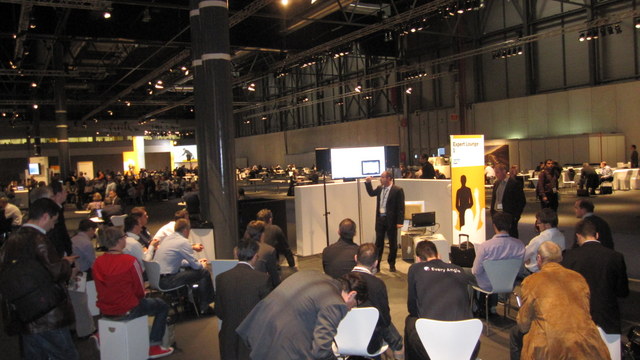 But what does it mean early feedback? We requested and received feedback from partners, customers, SAP mentors when we had first mockup, even before prototype.

Three month later we already had first beta that became available to beta participants. It lacked most of the product capabilities, but user could do just one thing – author a site. Back than it was just one site per user, no publishing, no invitations, no theming, no administration and still we got very important feedback. Six month after the first beta we release the productive version.

Ifat Shwartz, our tireless PM managing customer relations, lead us to more than 50 customers and partners engagements during the course of the product development. Some participated in beta, some became Design Partners Council members and some gave feedback on particular functionality. We listened, implemented, listened, changed and finally released.

So what’s next? We’ll continue monthly releases. Some of us, including me and Ohad Yassin strongly believe that we’ll need to make the release pace even faster. Release schedule and its value to customers is one of the topics I’ll be happy to discuss during the upcoming TweetChat. Join SAP experts and beta participants at 5pm CET, Sept 12 to discuss nwcloudportal topics. Use sapportalchat to join.