So I’ve been tagged in the Blog it Forward chain. I will admit to having mixed emotions.  My first feeling was being honored to have been named by the immutable Moya Watson who accuses me of the following: 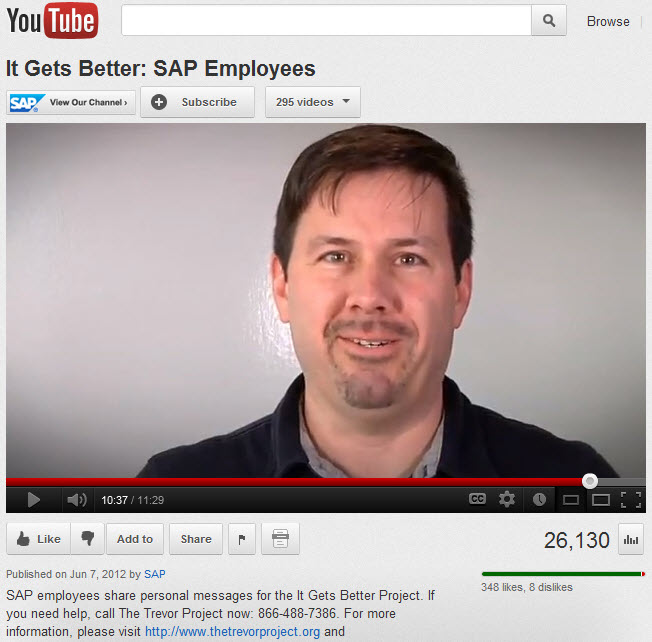 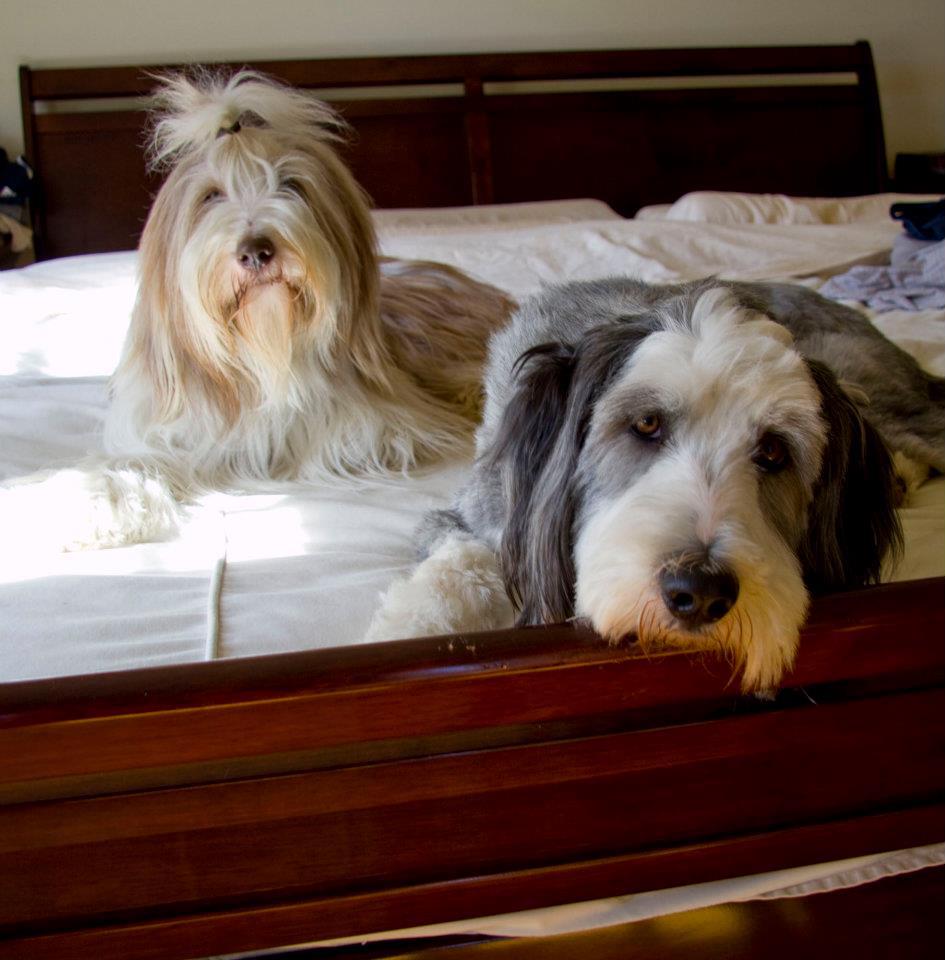 In the spirit of the Blog It Forward Initiative, I should also introduce myself a little bit further.

Wine maker – I used to make wines in my garage until moving to a new place. I’m hopeful to get that started again as each bottle I produced was a labor of love and pride. These are the labels from my favorite year: Outdoorsman – whether white water rafting, hiking, camping, or fishing, I love to be outdoors in nature whenever I can.

Gardner – I enjoy growing my own vegetables. They seem to taste better to me…maybe because they are picked extremely fresh, left to mature fully, or just because it’s the direct (uh, fruit?) of my labor. 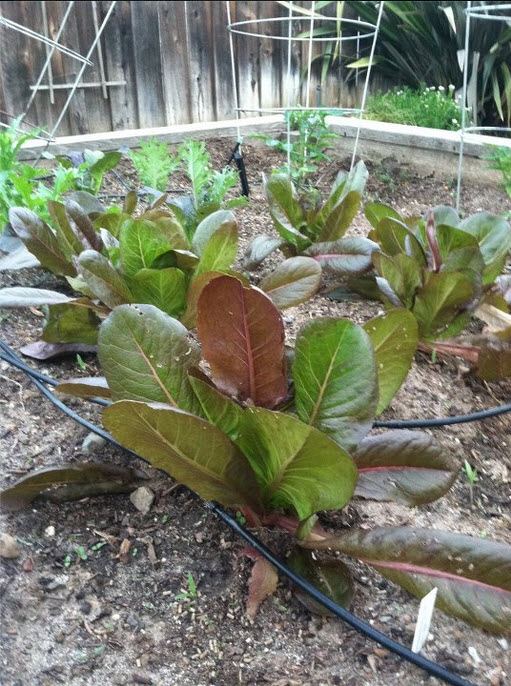 Stuff I do for the community

First Lego League – one of the most fun activities I’ve done was help organize a robotics club with one of the local middle schools. With an SAP colleague of mine ,we took advantage of an SAP program where SAP buys the lego robots for employee-coached First Lego League teams, and also pays for registration. We did this for two seasons, both years with our team heading to the regional championships. 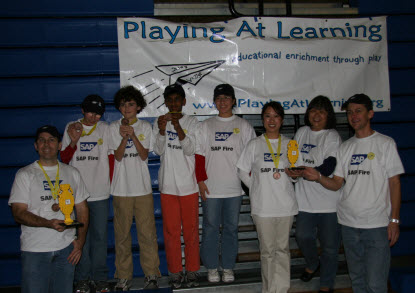 Rainbow Recreation Board of Directors – in Silicon Valley, there really isn’t much to do if you are gay or lesbian, and it’s hard to meet people outside of work. So we founded an activity club over 20 years ago that organizes outdoor recreational activities for gay, lesbian, and bisexual people to be able to meet people in healthy ways. This has been especially valuable for the area since Silicon Valley has tended to have a very transient population as people frequently move here for new jobs. 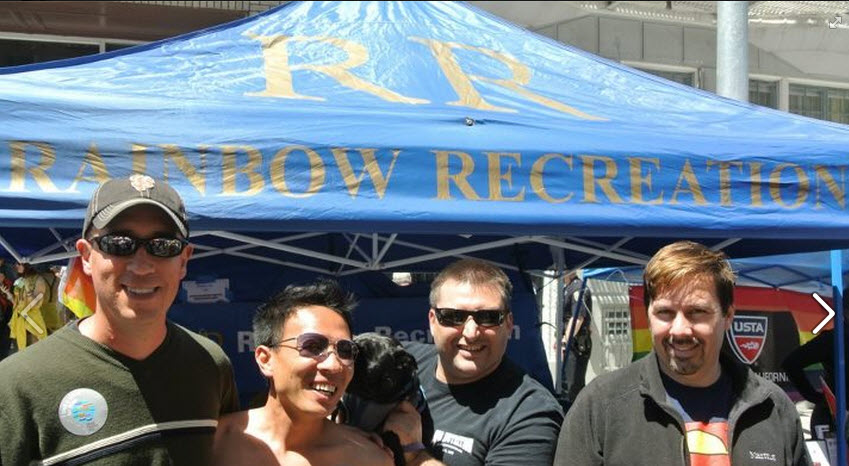 PAWS – Pets Are Wonderful Support. I suppose it shouldn’t be surprising that I feel for a charity that is dedicated to helping the ill and elderly keep their pets for as long as possible by supporting their pets’ veterinary and food costs. It’s a wonderful mission since it helps the animals keep their home, and helps their owners stay healthy by having their faithful companions around. They have a wonderful fundraiser every year called Petchitecture. They have local artists create amazing one-of-a-kind pet furniture such as dog beds and cat posts. Then they throw a black tie dinner with dogs invited, where attendees bid on the unique furniture in a silent auction.  Here is a picture of my partner Antonio, and Eva kissing HGTV star John Gidding, whom we met at a Petchitecture. 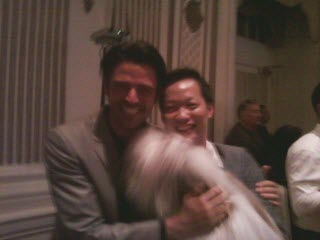 In the spirit of “everything old is new again,” we have some serious issues facing the globe, and crumbling financial institutions may or may not be a passing fad.  Imagine your work life. What will SAP be like in 10 years? What would you be doing here for your daily work then?

In this day in age, 10 years is a long time, especially for a company such as SAP that I believe is at a transition point. Given the future potential that HANA seems to have for not just reinvigorating SAP’s current products, but actually driving a whole new universe of applications, I think SAP and its customers will be well in the middle of harvesting the many new capabilities we will be realizing. SAP itself will be transformed around new capabilities it can build itself with HANA powered applications and we will be setting a new standard for a company that runs better. Finally, we will all be focusing on new growth opportunities in the remaining sectors of the world that will be industrializing: Indonesia and Africa.

As for my job in 10 years? I always like to do something new. So I can only tell you it will be different, or at least a different class of product I will be supporting. Maybe I’ll be answering your customer support calls. “Hello Mrs. Jones from Porsche, my name is Greg. How may I help you run vroomier today?”

What is the best thing you’ve ever given to someone?

This is a hard one, but I’m pretty sure the best gift I’ve ever given something was not a thing. More likely an impression, an inspiration, an experience, or lesson. I suppose I could think, what is the best gift I’ve given someone that I liked, but that wouldn’t be what I would consider impactful. As far as what someone else tells me, I can’t say one specific thing, but from time to time, I run into someone who remembers me from years past, when I was doing things like camp counselor or volunteer in college.  Moya, you should have made this one extra credit.

Extra credit: Imagine today is your birthday. What are you going to do and who will you celebrate with?

Well I suppose it would be boring to say I’m celebrating with m family, close friends, and my dogs. So let me say that in a soon to be held birthday that is divisible by 5, I plan to rent out the local wine bar and invite many of the friends and acquaintances I work with in my community activities.

Back to my mixed emotions, my second feeling after being tagged by Moya was one of panic – so many good people have already been named in the Blog It Forward chain. I was worried that there wasn’t anyone left.  However, about  5 minutes of thinking about all the cool people I’ve worked with in the SAP Community over the last few years yielded a huge list of people who should be tagged.  It wouldn’t be fair to those that I tag to also tag all the other great people I thought of. So instead, I’m going to focus on people who are newer to the community, or perhaps not as well known.

So, here are some cool people that I’ve worked with and appreciate their contributions to the community. And I would like to learn more about them:

And to those I tagged, I would like to pose 3 questions:

Such a great Blog It Forward and really enjoyed reading it plus the pictures...

You do so much, how do you find time to work too? 🙂

It's just amazing to me that even though I've 'known' you all these years, I never knew you made wine, or grew your own veggies, or participated in such wonderful initiatives - although I certainly should have figured that out!

Question: Do you ever sleep?

Part of the blog was reminding myself that I need to make sure I make time to do all these wonderful things that I love to do 🙂 !

Quite lovely, Greg. Nice to know I have the power to evoke panic!

You do know now that everyone expects invitations to your wine party?

Thanks for sharing and thanks for taking on the questions, my friend!

Excellent blog Greg!  We will need to discuss wine related topics at TechEd next month 😀 .

Thanks Greg for those insights in your personal life...very interesting that you like wine and be enganged in so many social initiatives.

And thank you very much for tagging me in your article...I can say, after TechEd Madrid last year I would call you my personal mentor regarding the mentor initiative. I have to say thank you for helping me to find my place in this so exciting community...I hope to meet you again in person this year and perhaps we have again a great ByDesign InnoJam (with Netveawer Cloud integration :-))...

Great to know you!

I agree with you Andreas and hope to meet you and Greg in Madrid too.

Thank you Tim and Andreas! I hope I can join you guys again.  Will let you know.  For now its off to Vegas for me.

Hi Greg, what an interesting post with some great pictures! You were a great help at my first InnoJam last year and I hope to see you there again this year.

I'm happy to report that it looks like I'll be back in Madrid for this years' Innojam again! Look forward to teaming with you again!

Mendicino - isn't that the place where Duet got started. A famous place, not only for Duet but also for authentic Greg Chase wine.

Wish I had some Mendocino wine left to offer you. Just some Duet instead 🙂

This years wine is from Napa and hopefully, Lake County. Not sure Lake County is famous enough to name a new SAP product after though 🙂

Thanks for blogging it forward again!

All the best! Once again thank you so much for sharing this blog.