What to do on a hot Friday afternoon mid of August? On the 17th August I choose to privilege SAP CodeJam at bridgingIT in Stuttgart instead of going to a lake – and it was a good decision!

The topic for the event was SAP Mobile. The mastermind of the SAP CodeJam events, Craig Cmehil brought Martin Grasshoff, Product Manager Sybase Unwired Platform (SUP), with him. After a short introduction by Craig, Martin started to explain us what we can expect for the coming SUP releases. SUP will become the strategic mobility platform and they are working on several integration scenarios – for SAP systems and non-SAP systems. 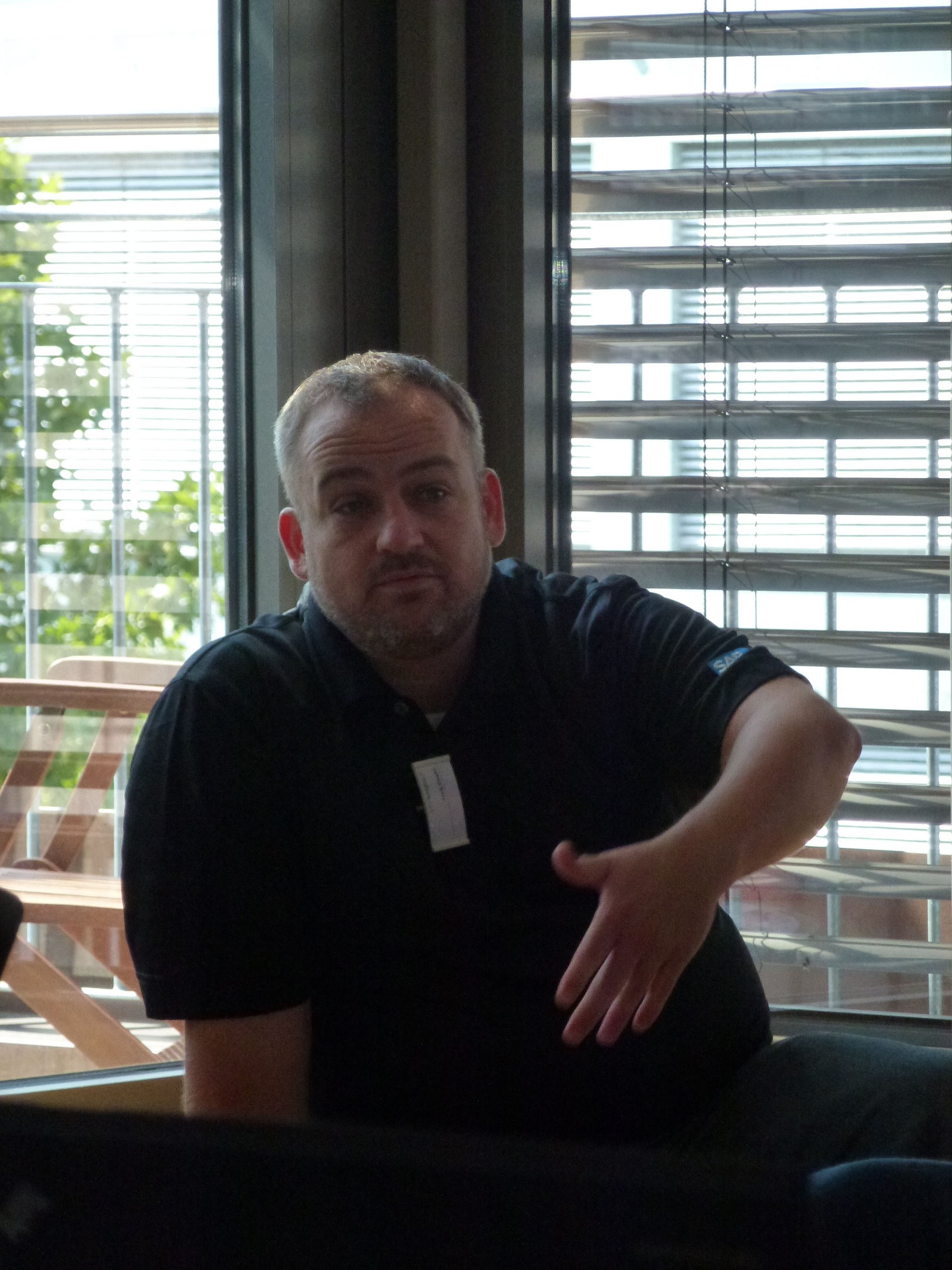 Craig is talking to the developer crowd

As the goal of the SAP CodeJams is to bring developers from SAP, customers and partners closer together, it wasn’t a presentation held by Martin. Already after a few minutes it was a discussion about the features of SUP and about which features we expect to come. There were also a lot of discussions about the architectural options offered to set up a system landscape for mobile scenarios. 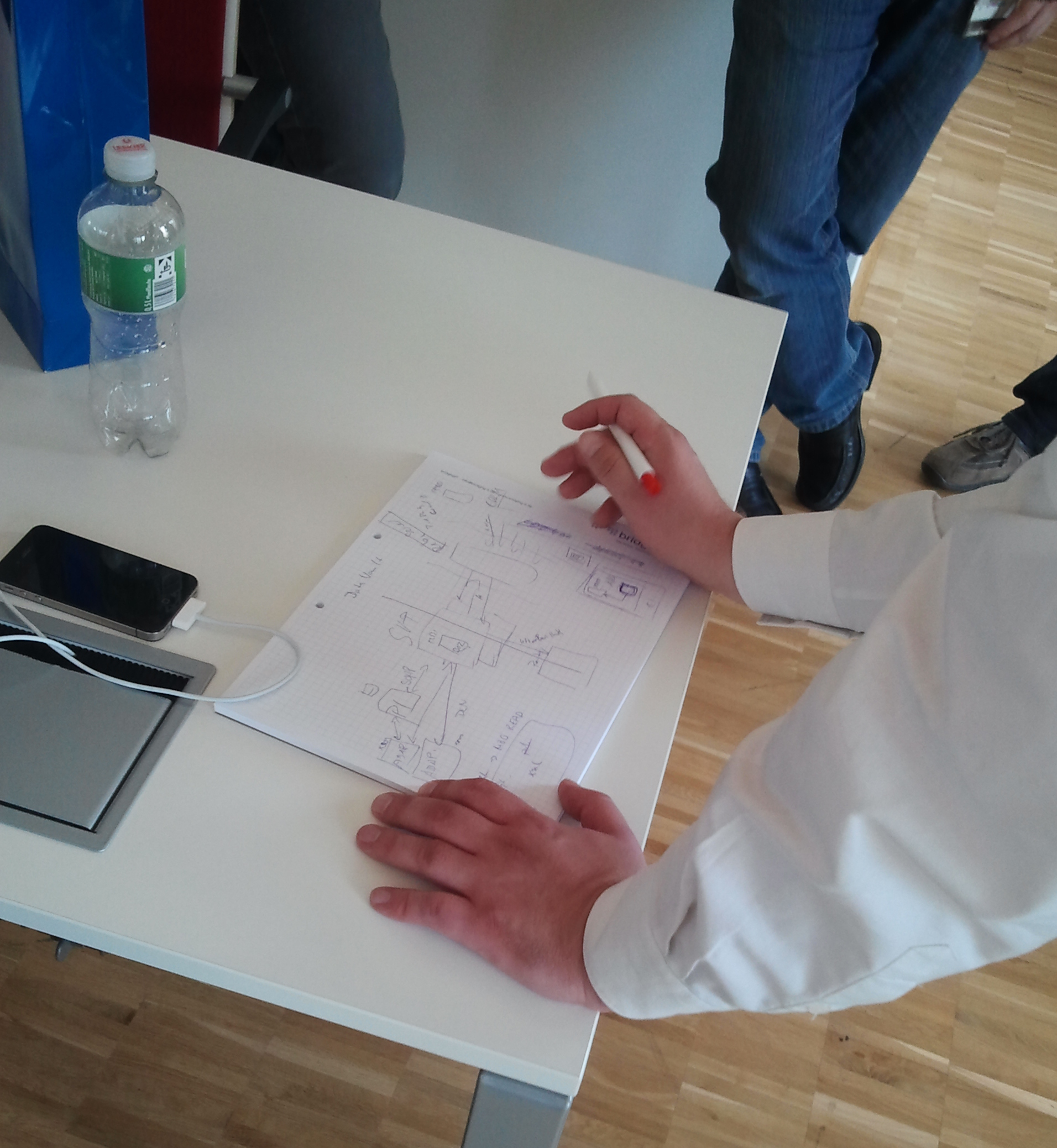 The event had no strict agenda. So some attendees started to get their hands dirty with coding. Craig sent us an email a couple of days before the event. There we found links to some SUP tutorials on SDN as well as a link to the free SUP on Amazon Web Services and a link to the Sybase Mobile SDK. So everybody could start to implement on the own SUP system. Of course, we got good support from Martin and Craig in case of problems and pair programming was a common approach to start. Nevertheless I couldn’t find an issue with my app and got always the same error which I didn’t want to see. 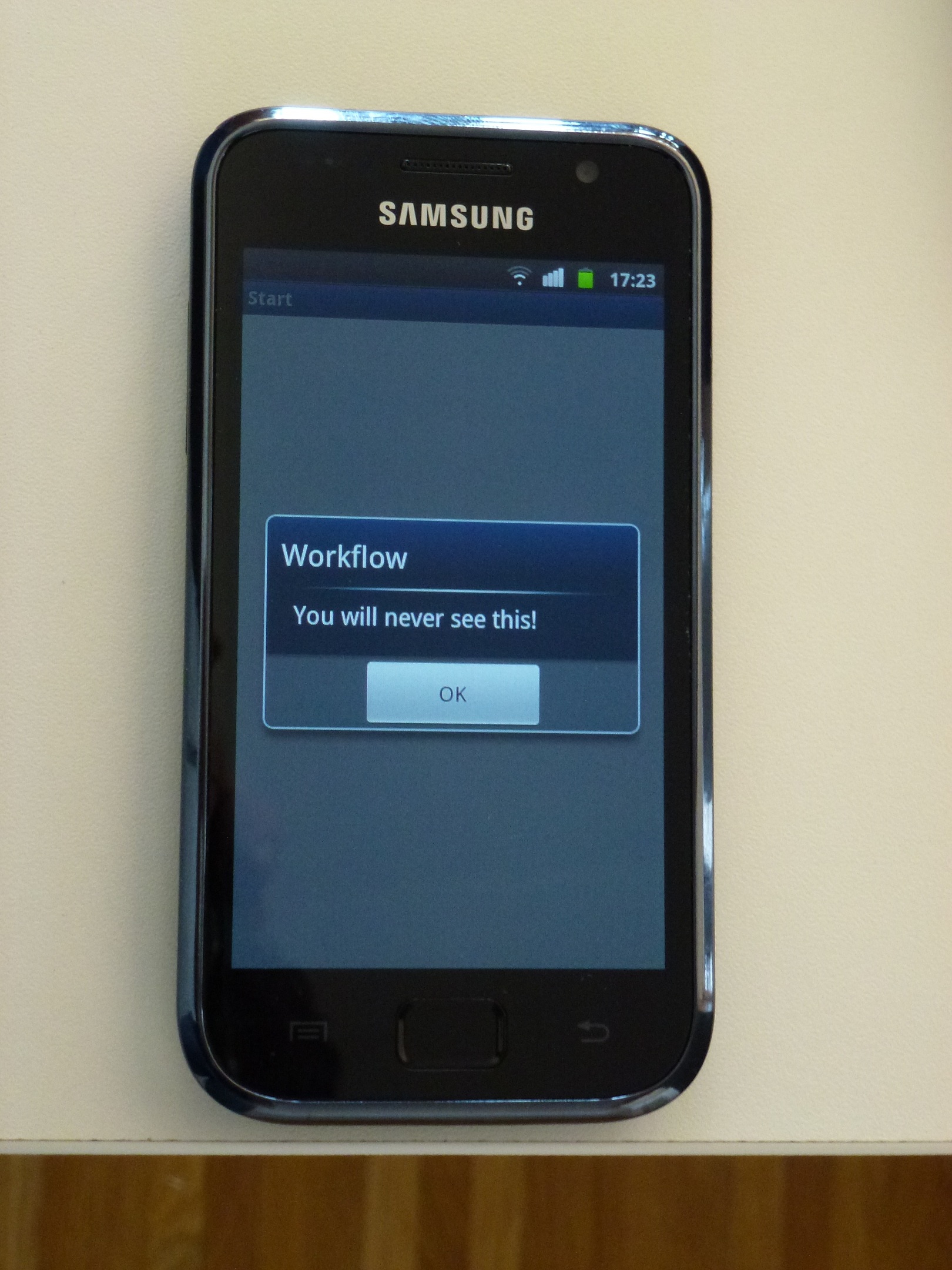 My first app! I don’t call it a success 😉

After all this discussions and some coding it was time to start the fire! The location manager of the Stuttgart bridgingIT office, Rovan, started the BBQ and prepared his famous steaks for us. Of course, also while we enjoyed the good food and cold beer we were talking about the experiences with mobile technology. As an outcome of the event we at bridgingIT are thinking about starting a mobile community in Stuttgart were can meet on regular basis and talk about mobile topics.

The goal of SAP CodeJam: bringing developers closer together

As already mentioned the goal of the SAP CodeJam is to bring all developers in the SAP ecosystem closer together. In my opinion, this mission is fully accomplished! I really like the format: relaxed atmosphere without a strict agenda, almost no power points (I guess almost all developers hate power point ;-)), the opportunity to meet experts from SAP and the chance to meet other developers which work on similar projects as you do. And last but not least: get the hands dirty with the latest technology out of the SAP Labs!
It just fits to all the other activities for developers which are ongoing at SAP at the moment. E.g. the free SUP license on Amazon Web Services (you just pay for the usage of the Amazon cloud): It was the first time ever that I could set up a SAP trial system within 20 minutes. Compared what I experienced with the ABAP trial systems on my local computer that’s just awesome! Craig and Martin said, that technology should be general available and not expansive for developers in order to get widely spread. I completely agree with them. If I just think about the Java community: there it’s just normal to install a new framework and start to play. I hope this will come true for SAP technology as well! 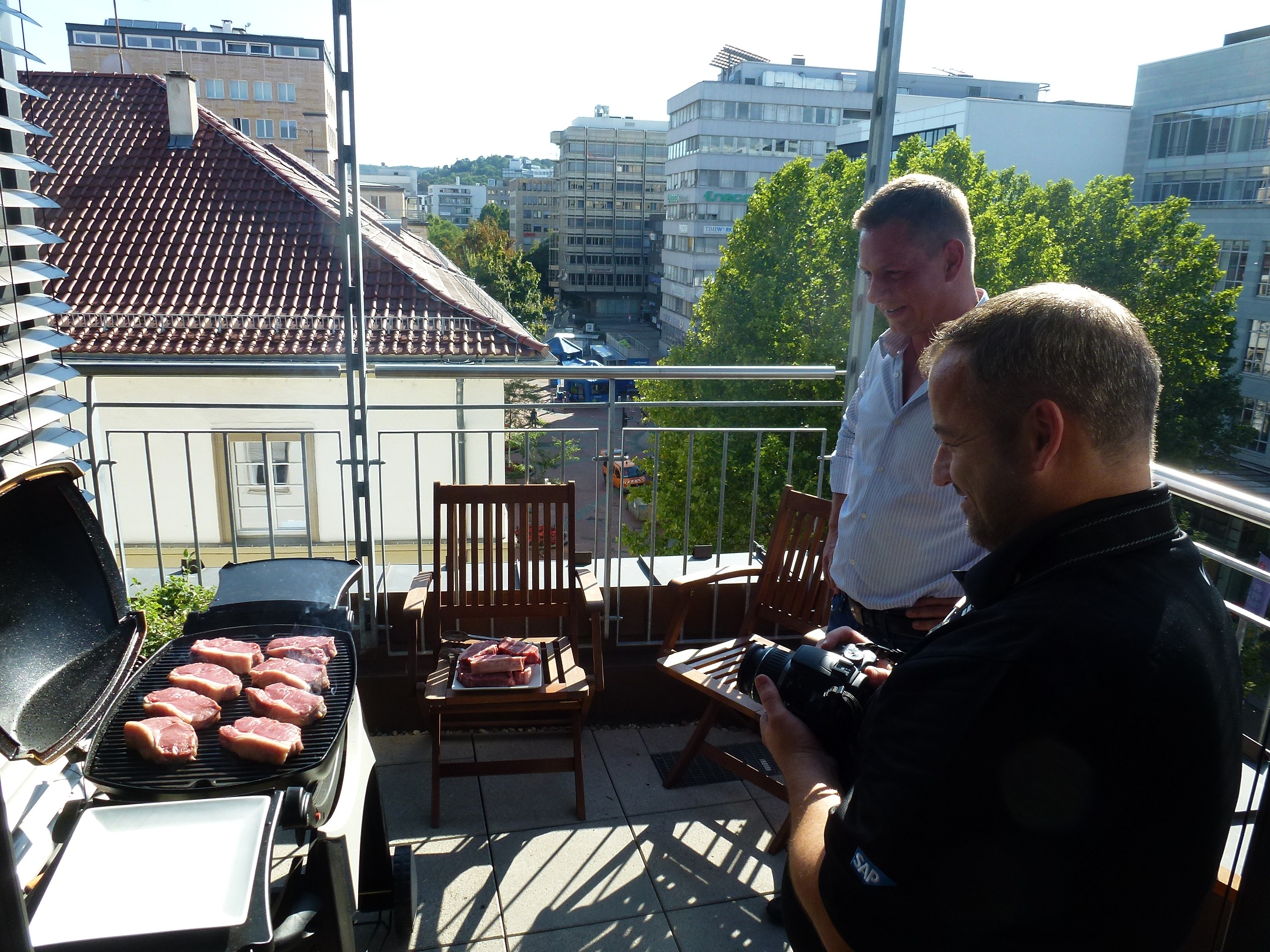 BBQ over the roofs of Stuttgart down town

Because there was no agenda, there was also no defined end of the event. So some of us ended up in a nice talk about IT in general, what IT will look like in ten years, funny experiences we had on projects and other funny stuff.

For me the SAP CodeJam was a great event. We expected an event with a local focus, but actually it was almost an international event: we had attendees from Switzerland, Belgium and from different parts of Germany. It was a pleasure for us to host the event and we are already planning to host the next SAP CodeJam about HANA in February 2013 in Stuttgart. It was not just to get in touch with the SAP experts, it was also great to meet all the other developers! 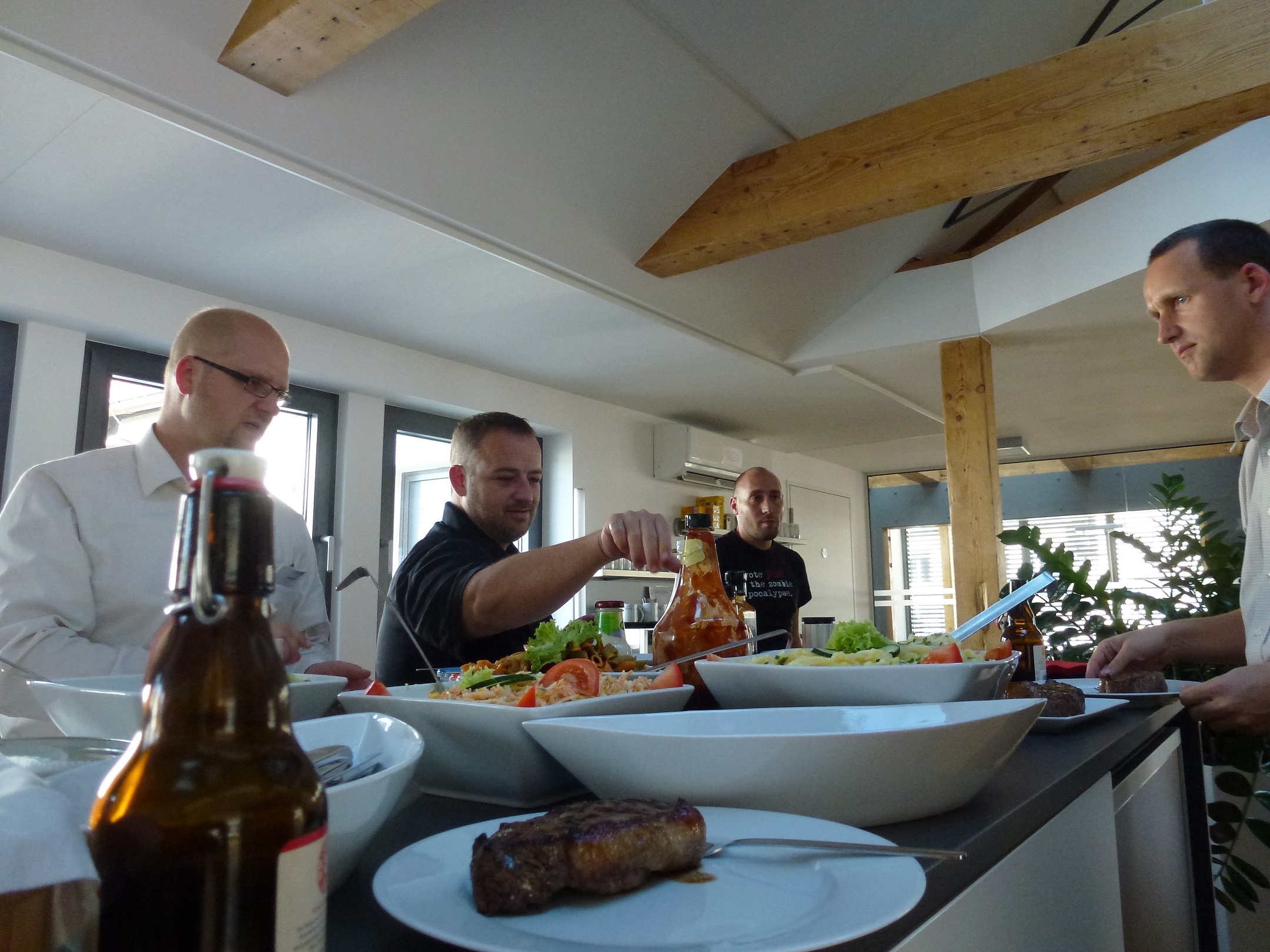 Thanks for sharing this with the community. It sounds like a very cool/hot 😉 event!

I agree that the format is great, and wish there would be more of these. We've had one on SAP NetWeaver Cloud back in June, and are also planning to follow up with another one early next year.

thanks for the summary of this great event by brigingIT and I was an participant. 🙂 It was very interesting in a casual environment to learn about new technologies, with the possibility of networking with other developers. And the Steaks were also a highlight  at the end of the event. Many thanks to brigingIT and SAP for this event.

I agree with Fred, that this is a great format. I am hoping that SAP will be continue with the Code Jams.