Busy with SAP Visi (Visual Intelligence): Does it Connect to BW? Find out here

I tried this out by first creating a relational universe on top of BW.  See below and then see what happens. 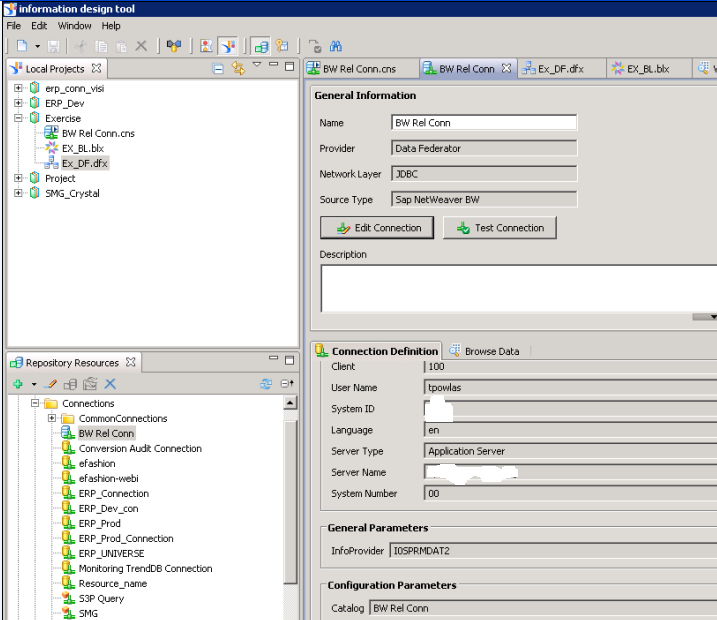 Notice in Figure 1 I created a BW Relational Universe in the Information Design Tool, using an InfoProvider. 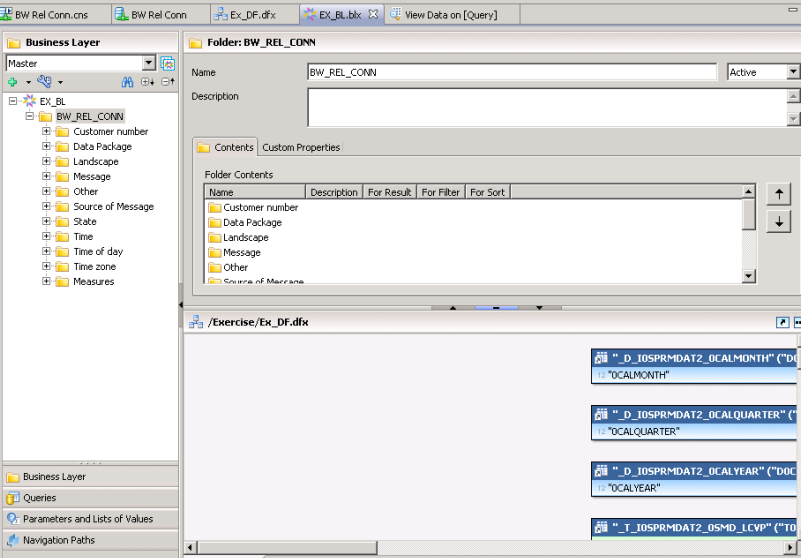 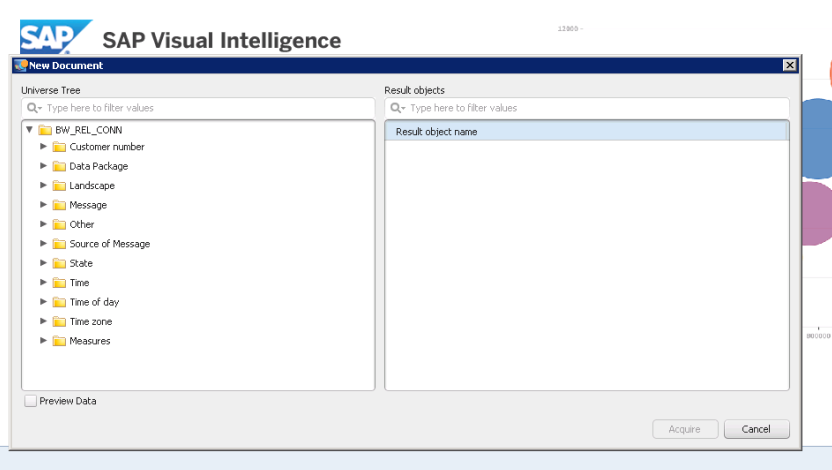 In Figure 3 I create a new document in Visual Intelligence, and select the BW relational universe. 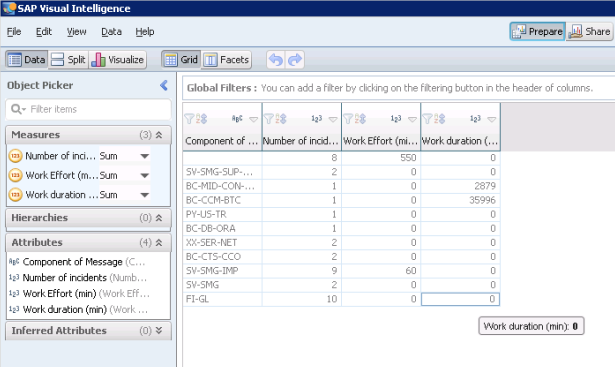 In Figure 4 I’ve “acquired” the data in Visual Intelligence and now I can “manipulate” it before visualizing it. 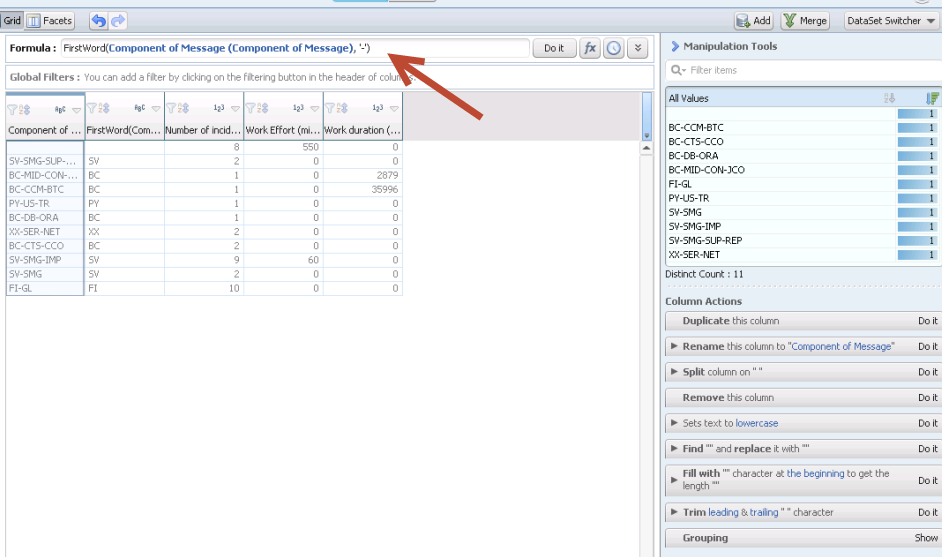 With Figure 5, I am able to subset the first to characters of the component, representing the SAP module. 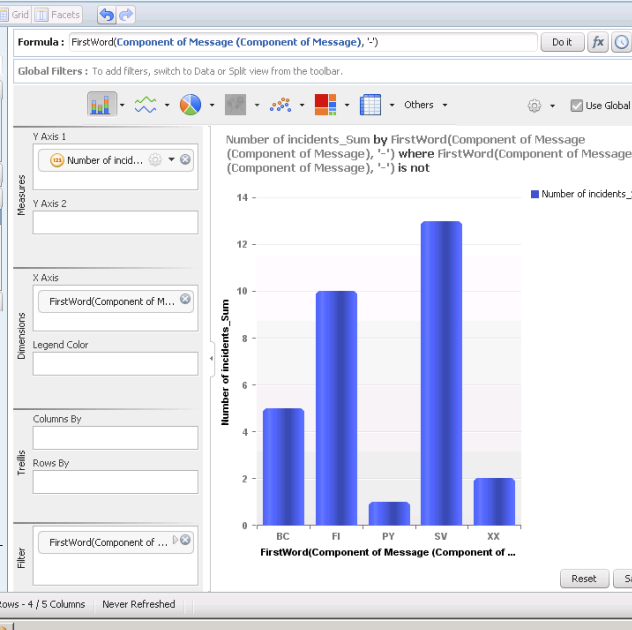 Figure 6 shows I am able to visualize it.

So yes, SAP Visual Intelligence 1.0.3 can connect to BW relational universes in my case.

Officially, SAP, with version 1.0.3, does not support relational Universes on BW, as shown above.  It did work for me, however. What SAP supports are relational (not OLAP) universes version BI 4.x UNV, and UNX (with one data source only).

If you have further questions, Frank Rambo and Frank Bannert of SAP’s Customer Solution Adoption Team have a webcast on Visual Intelligence on September 12 and this is open to all.  See this SCN Link for more information: http://scn.sap.com/docs/DOC-31427

Additionally SAP’s Jason Rose has a webcast about Visual Intelligence, also open to everyone, on September 20th – register here.

When should you use SAP Visual Intelligence?  #SAP’s Ingo Hilgefort will review this in How to Select the Right BI Tool for your Environment on October 2nd – this webcast is open to all so please register here.