Well John Moy has finally succeeded in getting me to write a blog for the Blog It Forward Community Challenge , he’s a very persistent man it has only taken 4 years! I’m the second of the big (or the first depending on your perspective) South Africans he asked to blog. The other South African, Andre Olivier didn’t specify what he is better at than me so here’s a helpful suggestion: spin (the phrase tell the cusomer what they want to hear comes to mind…) I might be looking for a new rugby partner. 🙂

As an aside Andre and I spent  a year with John in a pod on a project and I must say that I’ve never met anyone with quite the same ability to tune out the background noise as John; Andre and I had a game going to see how long and just how extreme the conversation had to get before he would take notice. I’d say the average was at least 5 minutes before we got a response and yes we were somewhat bored at times!

I was born in a coastal city called Durban but at the tender age of 11 moved to Namibia which was like a move to the moon, from lush sub tropical Durban to arid Windhoek. On the plus side I think that is where my love of German food started for which I’m still paying! The one thing that has stayed with me from that time is the love of the desert and playing sport on gravel fields – no grass!

I moved around a fair bit in my teenage years from Namibia to Johannesburg and then on to boarding school in Bloemfontein. I loved boarding school, it was tough at times, continually being initiated as you moved through various hostels but I loved the camaraderie. I count some of my best friends from those times.

In my final year of school my parents moved to Cape Town which was fortunate for me as I got to go to the University of Cape Town. What a place to study, the most beautiful setting possible. I must admit I didn’t have a clue what I really wanted to do and it showed in my first year, I spent more time suntanning on Jamie steps then studying and just made it back for my 2nd year! I eventually buckled down and completed my studies, majoring in Accounting and Information Systems and I started my articles with KPMG to become a Chartered Accountant. 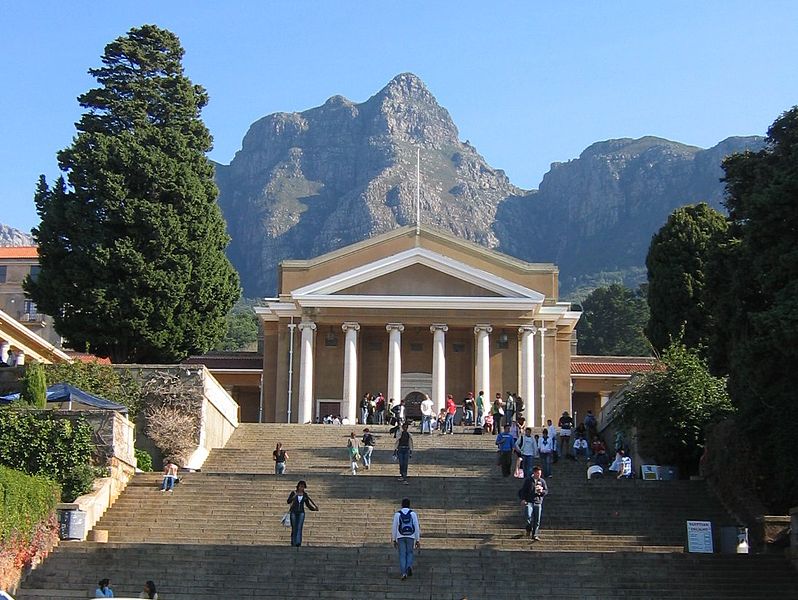 Spent many an hour on these steps

What I can I say about auditing – I hated it pretty much. My first audit I was stuck in a room pulling a sample of PoD (Proof of delivery) for invoices from unmarked bound invoice books going back God knows how many years. I emerged 3 days later, somewhat shaken and dusty thinking what the hell have I got myself into, for the manager to send me back in to gather more information about the sample. Second time round I was quicker!

A financial controller at a client I was auditing posed a question which summed it up for me:

Controller: “What do auditors do?”

Me: (can’t remember) “ahh” flapped my gums pretty much.

Controller: “They go in after the battle has been fought and bayonet the wounded!”

The one thing I’m really thankful for from auditing career is that it gave me the means to meet my wife on a job. I used to print stuff just to chat to her when she was collecting her printouts! It worked and we’ve been happily married for many years now.

My break into the SAP world occurred during my time at KMPG where I had started performing Business Process Analysis type engagements on large SAP implementations (I had moved out of the auditing department as soon as I could). I must have done something right because the PM on one project enticed me to join the dark side and I’ve never looked back.

On that first project I learnt many lessons; how to survive on 4 hours sleep (good training for the arrival of my son in hindsight) at a pinch a sleeping bag under the desk will do, and just how far people can be pushed, when a carrot should be offered instead of the stick (the PM was a hard, hard man who favoured regular beatings e.g. how to get the lazy bastards to work 18 instead of just 16 hour days) to name a few.

My journey in the SAP world continued with my arrival in Australia where I’ve been extremely fortunate to work with many quality people. Clearly with my background I’ve worked predominantly in the finance space with forays into Retail and some heavy developments thrown in for good measure. On one project Andre and I went to Bangalore where while wondering around shopping a little kid got us to stop and pose with his father for a photo op, he couldn’t quite believe our size (120+ kgs on a good month) next to his comparatively small father.

Together with John I’m passionate about UI design something SAP is not renowned for doing well. I believe that as SAP professionals we can go a long way towards erasing this perception by building quality products.

I’ve had a lifelong love of rugby union and one of the best pieces of news was when Melbourne was announced as the winner of the 15th Super Rugby franchise, finally the long drought (8 years) was broken. I’ve signed up as a supporter and been enjoying the Rebel’s games ever since.

Not quite a South African story but same continent so it will have to do! One that I like is a road trip I did with some of my best mates from university. We bought a landy and drove up to East Africa. In Tanzania we decided on the ‘short cut’ approach to get to the Serengeti, why do a loop of an extra 500km back down to the coast when there was a straight road due north? Well 3 or 4 days later we knew why, a pivotal moment really; do we go left or right down the unmarked road! Luckily we picked the correct fork. Really fond memories; best thing we did was to get off the beaten track. 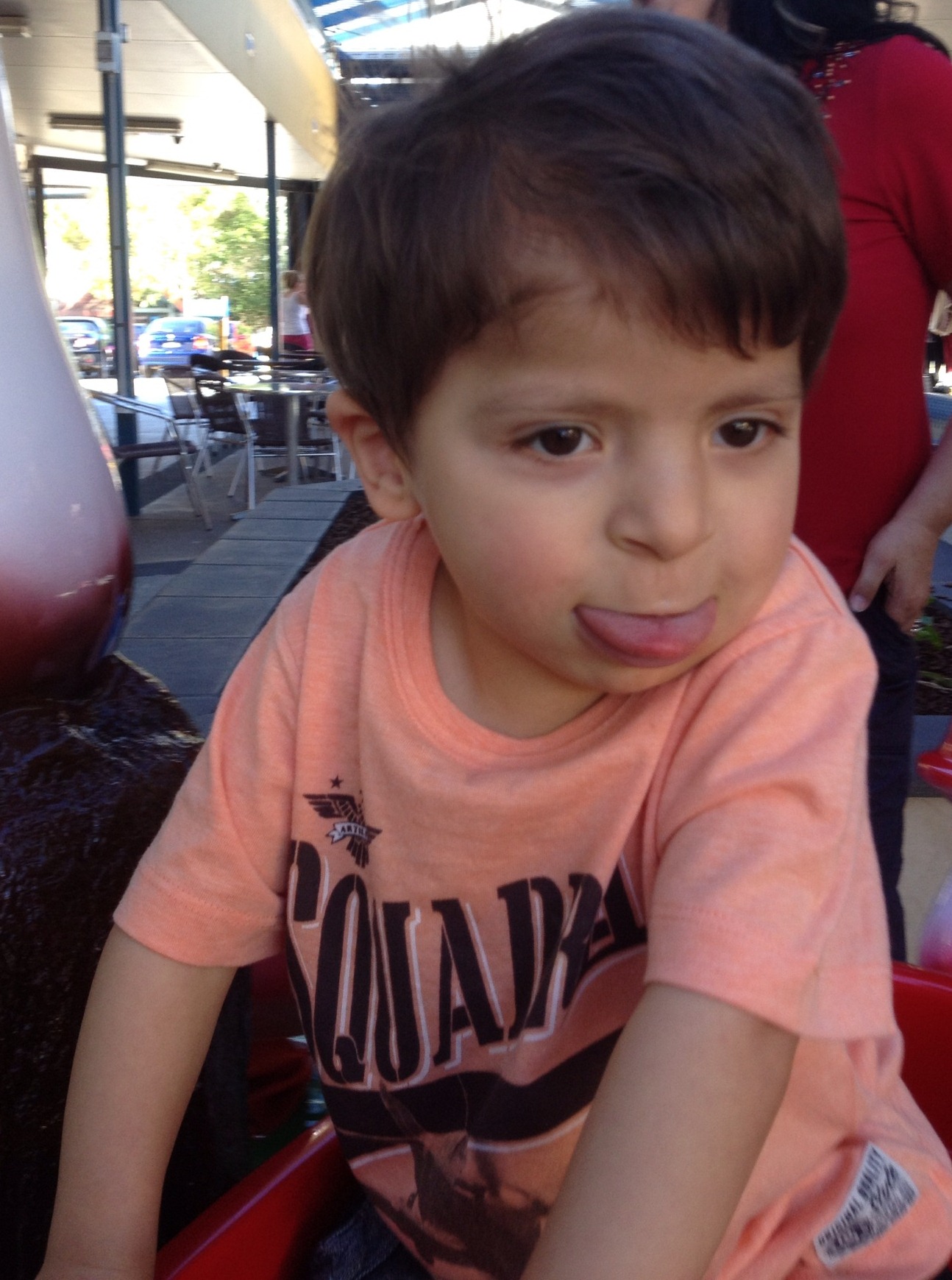 Quite simple really, my little guy is deaf and I want him to speak.

The challenge, maybe I’m a masochist but I like complex, difficult environments! On projects I love design and build; the idea and then the realization of that idea is what gives me a kick. The rest is just stuff that needs to happen 😆

I would like to Blog it Forward to these guys:

I’ve worked with many very interesting individuals over the course of my career but I’ve chosen two mainly for the diversity of opinion’s they bring! So here they are:

You can also choose to pick up questions from the original Blog it Forward challenge.

I’m looking forward to reading more Blog It Forward posts from the community!

But I think you are getting too soft, was expecting something more confronting about Andre.

Well Custodio I received a quiet word on the original draft which suggested a revision was in order!

I'll have to admit, it was me who suggested to Marc that he tone down the words about Andre.  I thought otherwise moderators might delete the post.  I'll leave it to others to guess what might have been there originally.  Of course most people don't know these two South Africans and that any insults they throw at each other are all in good humor ... others might interpret it differently.

By the way Marc ... really glad that you took the time to share your story with the community.  I knew I could rely on you!

Community spirit at it best:)!

@Marc thank you for joining BIF and for a great blog!

I'm glad that you suggested spin 😆 . I was worried there for a while but nevertheless I will see you on the rugby field or lift and we can sort this out like we used to.

depends whose in the lift with us...

Your kid is soooooooooo cute:)! I hope everything will turn out for the best for him!

Thanks Moshe. I'd like to say he gets his looks from me but it must be his mother!

Great blog post - I got my start in auditing too - a year's worth of bank reconciliations.  It wasn't for me - I like to help more than find and point out issues.

I enjoyed your pictures and your son is so cute.

I am glad you participated

What a wonderful blog - and I will have to get to know you and Andre to know what we are missing out!  But friends who are free enough to insult each other can be very entertaining.

My only 'experience' with Rugby was watching Invictus - so probably not very realistic, but it looks very entertaining.  Of course, this is from a fan of 'handegg'.

I look forward to more blogs from you... and I wish the very best for your beautiful boy!
Sue

Thanks, I enjoyed writing it.

Rugby is not dis similar to Hand Egg although the players don't wear helmets & pads so it is a bit more violent! 🙂

I remember reading somewhere that hand egg had its origins in rugby( like the story anyway so I'm sticking with it  ) Btw loved Custodio's  illustration!

Your son is so Cute. I wish him the best and I hope he talks soon.

Once again thank you so much for sharing about yourself and your experience.

Thanks for the good wishes.

thanks buddy, tell big boy he is in trouble