10 6 1,202
I guess I should begin by thanking Kristen Scheffler for inviting me (via her Blog it Forward post) to join in the BIF challenge (created by Moshe Naveh) and at the same time I feel a little bit apprehensive about compiling something interesting enough about myself to be worthy of the challenge.

In case you don’t know about the BIF Challenge it’s a chain of blog posts introducing you to members of the SAP Community Network in a  more fun and informative way than a typical bio.  Whether or not my post meets those expectations is for you to decide. 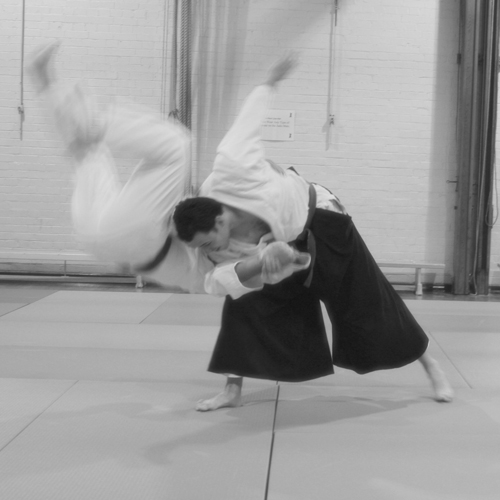 I guess I should begin with a little bit about my background.  I live in the beautiful historic city of York in the UK and have been a resident since I attended the University of York (studying Mathematics, Physics and Computer Science).  Since leaving university (and even before with some of my summer jobs) I have been working in IT in a wide variety of roles.  I’ve developed solutions on mainframes, midrange, client server and even the odd mobile platform in my spare time.  I have coded and scripted in over 30 languages (I stopped counting years ago) and have worked with many wonderful and not so wonderful systems.  I’ve managed project teams and support teams, hardware and software estates and even run an IT department for several years.  Exactly a year ago today I was introduced/inducted/assimilated into the world of SAP when I joined my current employer as a VSN consultant – another tangential shift in my career.

Outside of work I still spend a lot of time connected to technology.  I read and listen to a lot of technology related news and even write blog posts from time to time (including on SCN).  As well as spending time with my family I somehow manage to fit in running a martial arts club, administer several web sites and occasionally sneak in a few hours to dabble in photography.

Who affected my career most?

We all have choices in life, and the only one who makes them is you.  I think therefore I have affected my career choice in almost it’s entirety.  However there is someone who actually made a significant difference to the way I make all of my decisions.  When I was 16-18 I studied at Mathematics and Further Mathematics at my local college.  One of my tutors for the courses was Fred. Fred was (and I would bet still is) awesome.  He really brought out in me my ability to think differently.  I was already adept at seeing patterns and ways to apply mathematics, but Fred helped me to see the world differently through thinking mathematically and creatively at the same time.

I owe Fred a huge debt and I doubt he’ll ever know how much he changed my life.

What is the most fun project you’ve participated in?

I usually wouldn’t dare admit to this sort of thing, but I guess you can all keep a secret right?  Quite simply it was being the lead on a number of projects where my team rebuilt several applications from scratch (in a language called CTD).  I enjoyed it as I did a large part of the requirements gathering, most of the design, a huge amount of the coding, the user training and a good portion of the support.  The investment and ownership I had in the project was just so fulfilling nothing else even comes close though I would say I have had numerous more successful projects in terms of delivery of features, cost savings, time savings, etc.

If you weren’t in your current role what would you be doing?

I can’t imagine not working in some sort of IT role.  My wife thinks I take sustenance from the glow of a screen so I guess I’d be doing something similar, but it really could be anything IT related.

If working in IT weren’t an option I think I’d probably be in some sort of troubleshooting role?  I like the challenges in creating new solutions to seemingly impossible problems … though if I’m honest I bet 90% of them would incorporate some sort of technological aspect.

I guess I have some interesting points to share on this one but I’ve added in a few extra ones that are maybe not so true.  Can you spot which ones are true and which are not?

Tag
So that’s enough about me and in the spirit of the challenge it’s time for me to select a couple of people to blog it forward.  I thought I’d pick the following two SCN members:
For good measure here’s a couple of questions to consider including in your blog it forward posts:

So here’s to another year of SAP and meeting folk on SCN. Blog on … there’s nothing more to see here.

Thanks for sharing Stephen!

There are definitely some interesting fun facts in that list.....I'm hoping the gun fight is a false 😉

Thanks again for blogging it forward.

As for hoping the gun fight is a lie ... well all I'll say for now is that I do have some scars.

Thanks a lot for joining BIF and for writing this blog with a lot of interesting anecdotes 🙂 .

I think an interesting twist of BIF would be to blog it forward to Fred:)

It's also nice to read once again how people are passionate about what they do.

I spotted your tweet too. So you think I had dinner with Stephen Hawking eh?  I wonder if that one's true? 😉

Now I just need to find some time to read back through the sudden flurry of BIF posts.  I guess an exponential growth was to be expected so I wonder how many BIF posts there'll be by the end of the month?

Oh, my ADD got me again:) I didn't see the line "Can you spot which ones are true and which are not?" I thought they were all true:)!!HAHA.

I have no idea how many BIF blogs we will have but it feels like something is really happening on SCN. I'm amazed each time to see the amount of efforts and creativity people invest in BIF. It really makes me happy. I think this is only the beginning of BIF and we will see a lot more of great BIF blogs.

Thanks again for joining and spreading the news.

Why am I not surprised that your blog is so engaging?  I love the 'Guess what's true about me' questions.  Since I have no clue which ones are actually true, I am going with #3 and #9 because those are my favorites.

Thanks for taking the time to leave a comment and once again I'm humbled by your praise.

SAP certainly is the sort of place people's paths inevitably cross - so I'm sure we'll meet face to face one day.

Congrat Stephen, it a excellent new year gift from SCN 2013 !

Previous I also work with Mainframe. I love JCL, VSAM it is quite easy and I trained many ppl. Cobol is like Ocean and CICS is little difficult for me to understand but I managed some how! Currently working in SAP PI. Thanks for sharing about you and your wonderful experience. Keep up the good work! I like the stunning photos!