Thanks to John Patterson for asking me to Blog It Forward! I’ve only known John for a relatively short time but in that time I have developed a great respect for him as a person and as an SAP Professional!

So enough about John 😆 I guess this is supposed to be about me! 😳 I am Irish/Australian having moved to Sydney Australia nearly 10 years ago initially just for 18 months for my then girlfriend (now lovely wife) to study at Sydney University… long story short: 10 years and two kids later we are now “True Blue” Aussie citizens and still love living on the Northern Beaches of Sydney. If you have never been to Sydney I can highly recommend it… and before all you Mebourne-ites get on my case I can highly recommend Melbourne too, in fact most places “downunder” are beautiful!

Here is a picture I took recently our local beach in Manly with some nice looking surf on offer. 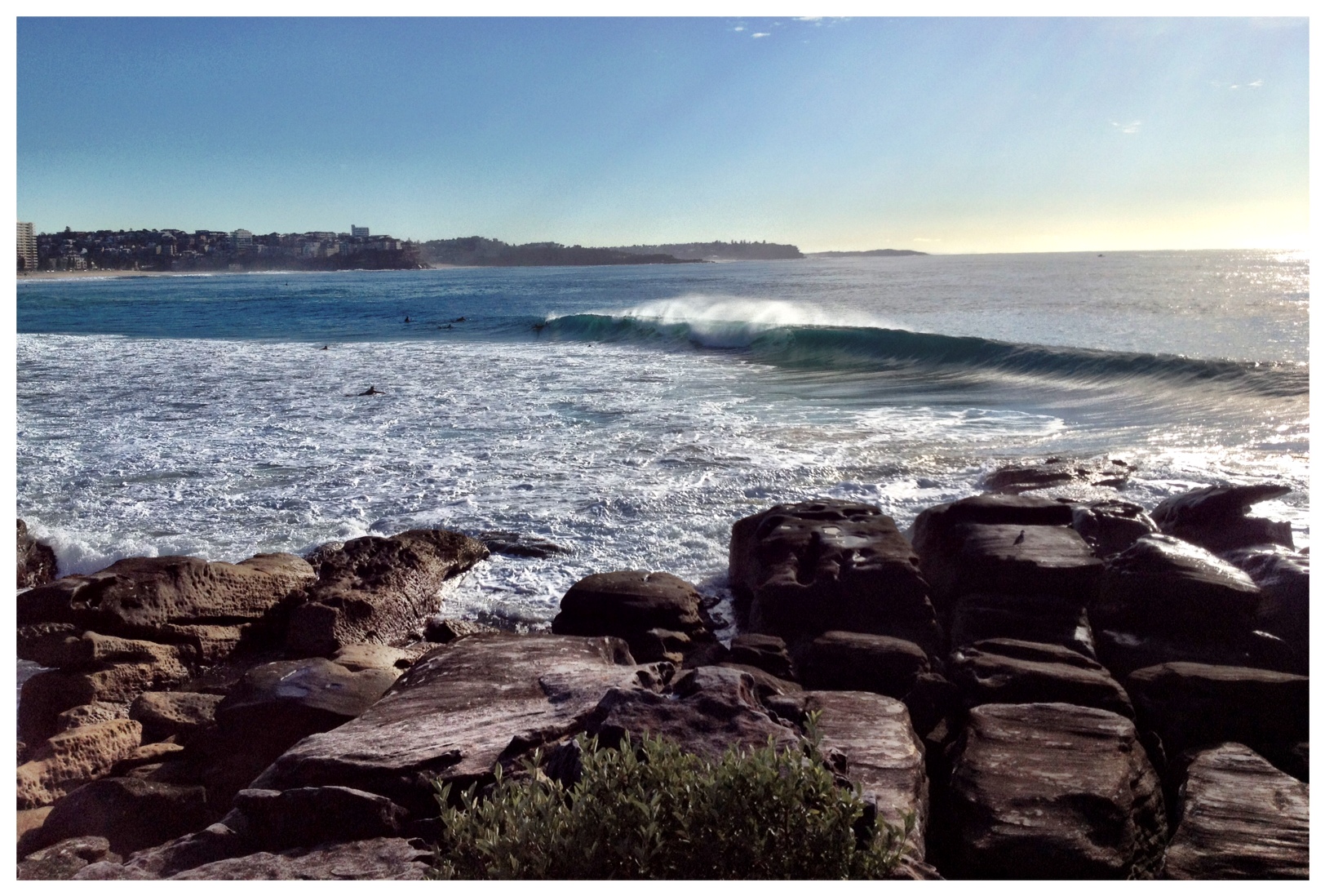 This beach is actually the first place in all Australia that surfing was first demonstrated by Duke Kahanamoku from Hawaii and it was recently named as Australia’s first World Surfing Reserve by the modern king of surfing Kelly Slater. Anyway that’s probably enough promotion for the Australian Tourism Board!

I started by career in SAP nearly 15 years ago as a graduate, with no idea what I was doing… some would say not much has changed but I like to think that I have picked up a few things along the way. I started as an ABAP developer spent some time writing reports and interfaces, worked on some challenging projects in both Ireland and the UK as a consultant for PwC, then I moved into web portals and started a project at the BBC using a product called TopTier – thinking I had escaped the bounds of SAP I was shocked to here the news that SAP would acquire TopTier and the TopTier founder Shai Agassi would be appointed to the SAP Board of Directors. So back into the SAP fold I went and became proficient in the product that became known as the SAP Netweaver Portal – which was basically the love child of the SAP Workplace and the TopTier portal. Interestingly I haven’t tried to escape the world of SAP since then, resistance I suppose really is futile 😆 These days I focus mainly on the User Interface technologies related to SAP and am National Solution Lead at PLAUT Australia.

Now to the Quiz as set out by John…

What do you think are the key elements for a successful Mobility project?

People, people and people. Getting the right team of people together will make or break any project, not just a mobility project. To address mobility especially I believe that the User Interface is crucial to wining user acceptance and I would measure success to a large extent by user adoption. I have seen many functionally rich applications fail completely due to an unusable UI – if people find it too hard to use they will route around it and find other ways. SAP has had and still has this problem but slowly things are changing I think. Getting people on board is also a key to success so any project needs a good champion or group of champions to promote usage.

Will you encourage your children to follow in your footsteps and pursue a career in computers?

I will encourage my kids to find something they love to do, something that they would want to do regardless of whether they would get paid for it or not and then try to work out how to make a living from it. I am lucky in that I would probably play around with technology and dabble in programming etc… even if I didn’t work in this field. I see people “stuck” in jobs they hate waiting to be old enough to retire (arghh!). Personally I never really want to retire completely – sure I would like to choose how I spend my time myself but I think I would just get bored and my mind would go to mush 😛 – thanks to the ageing population and increasing pressure on the economy I probably wont have the option to retire anyway!

I would now like to pass the baton on and ask Tobias Hofmann Sandip Agarwalla  and Dong Pan to Blog It Forward.

Actually I am going to answer this question myself too… recently I thought about this a lot after watching this presentation by Simon Sinek (you can skip to about 2 mins in if you like) from a Ted conference.

I tried to apply this to myself and work out the “Why” I did what I did.. the “How” and the “What” are usually self evident but getting to the “Why” can be hard. What I realised was that I do what I do because I love to understand how things work, how the world works and I guess how SAP works! That’s what drives me, that’s why I will spend hours looking through log files or thinking about problems to find a solution to understand how.

Thanks for taking the time to read my Blog It Forward, I enjoyed writing it and I hope you enjoyed reading it too.

Hi - My friend Jodie emigrated to Sydney and lives in Manly, she was home this weekend and seeing your pictures I am now definitely going to visit her, it looks beautiful! Thanks for the post, very interesting read.

You know Simon..I've always had this dream of visiting Australia even when I only knew it because of cricket! I hope some day this wish comes true 🙂

Very interesting blog and very well said that you will encourage your kids to do what THEY would love to do!

That's it...next trip to Australia, if I am lucky, is to Manly Beach.  How beautiful.

Thank you for the great blog.  Well done.

Completely agree with your answers to the questions I set.

All the best! Once again thank you so much for sharing this blog. 🙂