When looking up the UI section in SCN, I stumbled upon an interesting overview graph created back in 2007 on an official page called Getting Started with UI Technology.  I remember very well this deliverable to revamp the UI positioning, and somehow survived here on SCN over the years.  This is especially amazing because the UI domain is hit by lot of hype and changes on yearly (if not quarterly) basis almost like the seasonal changes in the fashion industry.  Similar to fashion design, UI is the art of applying technology, design thinking and aesthetics or natural beauty to software instead of clothing.  And yes, some trends like in fashion also do come back in the UI space.  For example, I was always wondering why our users love our vintage look… 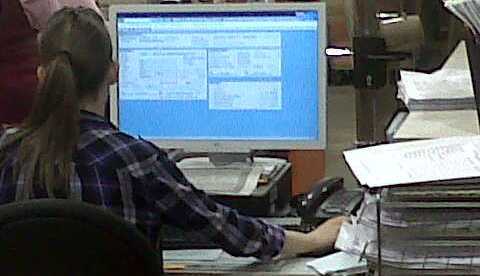 The timeless part on the mentioned graph are the three dimensions depicted for UI Clients & Access Channels (e.g. Browsers, NWBC & SAPGUI, Mobile), UI Services (e.g. Roles, Navigation, Search), and UI Infrastructure (e.g. Web Dynpro, Portal, Tooling).  The idea of such decoupling and reuse of UI services was great back then as much as it is still relevant today.  Since 2007, our UI components have evolved in many new versions and releases – NWBC 3.5, Web Dynpro ABAP for NW 7.31 – as well as we’ve added few new ones – Floor Plan Manager, and SAPUI5.

However, let’s be honest – the customer ability to consume all these updates has just not followed us in any big, mainstream way. It became a big problem when realizing what we developed and shipped before 2007 as UI feature set (found in the NW 7.00 / NW 7.01 releases) is just now in the customer base.  And this is becoming no longer acceptable for users and customers who are demanding up-to-date usability and UI capabilities that better integrate in their existing environments. So, we had to change something in how we address our customers with UI innovations and integration capabilities.  Drum roll please…

Over a year ago, the UI technology team at SAP set the vision of a new technology product to have:

The new SAP NetWeaver UI Addon addresses the core question of how to rapidly provide new user interaction without disruption of the underlying business applications. The product will be delivered as ABAP Add-ons to customer’s existing systems for non-disruptive innovations in user productivity with business applications.

Specifically, we want to tackle the challenges to:

The Short History of UI Decoupling at SAP

Decoupling the UI has been a trend since 15 years, if not longer. SAPGUI probably was one of the best example of a UI component that has a completely decoupled lifecycle while assuring compatibility with the old and current backend SAP systems. So you can “enjoy” the cool new features of SAPGUI 7.40 with your ECC 6.0 system or even earlier R/3 release, without having to upgrade your apps. However, it is still the old Dynpros running in a new shell, themes and launch pad.

So, then the decoupling UI trend went into the technical concept of decoupling the Dynpro business logic from the UI logic of the app using web HTML technology – so the SAP Internet Transaction Server (ITS) was developed, and then Web Dynpro as SAP proprietary framework was born.  Björn Goerke as one of the prime suspects of these movements also captured those days of SAP@Web in a nice photo shot.

Fast forward to present – SAP rolled out REST infrastructure based on open standards with a product called Gateway that specifically targets decoupling data from SAP backend systems and enabling easier consumption based on OData. The new UI Addon builds on top of the Gateway infrastructure as an SAP UI package of specific components for helping renovating customer’s user productivity, while being decoupled from the backend of the applications. So customers don’t have to upgrade their backend applications to get new SAP UI features that we ship as part of the UI add-ons.

What to Expect in the Product

With the SAP NetWeaver UI Addon, the following new components and key capabilities will be delivered as part of current release and future SPs:

This week on September 6th, the UI technology teams at SAP that worked hard over the last year are officially releasing the UI Add-On for the first time directly to customers!  And we won’t even charge for it, unlike all those fashion brands that cost us every time we upgrade our apparel.  It will be made available to download on our Fashion Marketplace: http://service.sap.com/instguides –> SAP NetWeaver –> User Interface Add-On for SAP NetWeaver

We are planning a series of blogs here covering the UI Add-On in further details as well as concrete scenarios on how one can use the UI Add-On to build better and integrated experiences for your users.  Actually, we are hoping that lot of the future scenarios will come from customers and partners on how you apply the UI Add-On in custom use cases we can’t even foresee in the development lab.  In addition, your feedback and engagement is instrumental in evolving the right scope and priority for our next dev cycles.  We might not do fashion weeks, but certainly we will get our goods out to you as part of the 90-day shipments.