I had the honor to be blogged forward by Tom Cenens, a very active SCN contributor and SAP Mentor that I met first in Twitter and SCN and then in person during TechEd Madrid 2011 and with whom I felt empathy since the beginning. Thanks Tom for thinking of me when blogging it forward.

This blog is a part of the “Blog It Forward” challenge.

I’m an independent SAP Solution Manager Consultant and ABAP/IDoc developer, interested in Design Thinking and SAP Mentor. I started working with SAP in 1998, but before that I have worked for one year in a software house. There I learned how to play multiple roles since I had to work as a C, C++ and Delphi developer, SQL Server Administrator and Windows NT administrator.  I have a Bachelor degree in Computer Science, love to study languages, travel, drink good wines, play games (board games, specially Poker and Backgammon, and Sony PSP, Wii and iOS games ). I’m an Apple fan. I live in São Paulo but I was born in Goiânia, capital of Goiás, a state located in the heart of Brazil. It’s a beautiful city with an average temperature around 25C (but every time I go there it’s above 30C…). Goiânia is 300km from Brasilia, our national capital. It’s a planned city founded on October 24, 1933 and is the largest city in the Central-Western Region and the 13th-largest in the country. 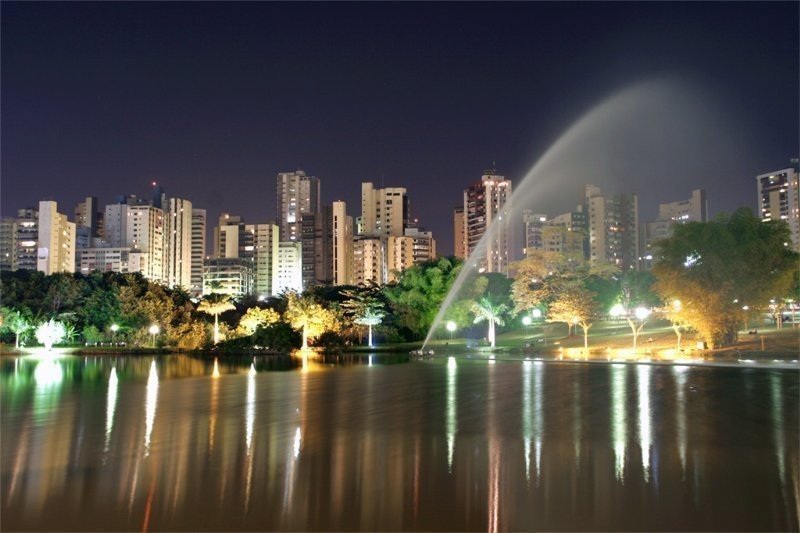 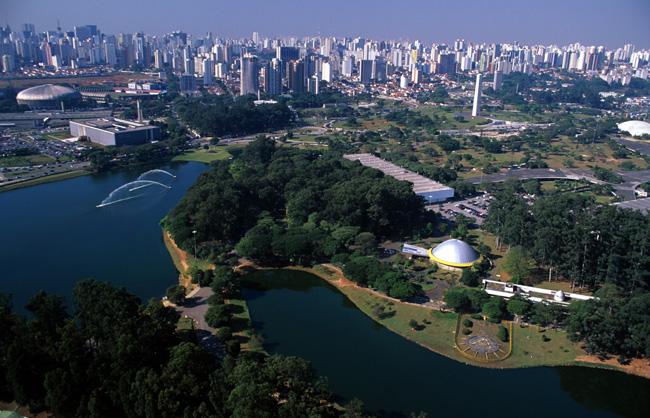 When I was a child my dream was to be a dancer and a choreographer. Dance was always my way to express myself, better than writing or talking. My mother also loved to dance and I truly believe it’s in my genes.

I had dancing classes for many years and during these years I had the chance to perform with my dance school at my hometown’s theater once, which I really loved. At this time Madonna was one of my idols (maybe not the best option for a little girl but her performances and the rhythm of her songs were great). Remember Flashdance, Footloose, Dirty Dancing? Watched these movies dozens of times. They were my source of inspiration together with  Madonna’s performances when creating my own choreographs. I used to perform my choreographs together with my friends in the opening ceremony of the annual sports competitions in my school. That was one of the happiest moments of the year for me. But I learned since then that work as a dancer is not easy and to be successful you really need to be outstanding. Besides that, as many sports, you don’t have a long career, your body may not help as much as you need. Flashdance: Take your passion and make it happen

At the same time I always went very well in school and used to have very interesting discussions about science and politics with my dear father, someone I really miss and who always, 100% of times, had an answer for my tricky or naive questions. He was a very intelligent and honest man. He passed away on 2009 and left a hole in my heart. I was always teaching him and my mom how to operate every new electric or electronic stuff they bought at home (still do that to my mom, now with computer and iPad). He was always telling me that his little girl (I’m the youngest) was going to be a scientist one day…

My dream of being a dancer had to be left aside (now is only a hobby) and when I finished high school I realized that I had another dream and I would need a good and well paid job in order to make it come true: “be an independent and well succeed professional who could afford her trips around the world”. The many hours I spent playing “War” (one of the most popular board games in Brazil, a modified version of Risk), the Geography classes, the World Map we had at home (and my lampshade Globe that I used for years to learn where the countries and cities I heard on TV were located) and the conversations with my father inspired me to fly away. And as I was very good in Math and Physics, had really liked the computer classes during high school, and heard and read a lot about the “job of the future” and “developers always find a job”, I decided to go for Computer Science. It should not only be Computer Science, one of the most difficult courses to get into at that time in Brazil, but it should be in a very good and public University, otherwise I wouldn’t be happy enough. I always liked facing challenges.

The little girl grow up and, at the end, maybe not the way my father dreamed of, turned to be computer scientist. I think he was happy to see me there getting my diploma. I could give him this joy. My mom, a hard working and strong woman, taught me to always do my best. Not the good enough. The best. At least the best I can. I have been trying that.

And here I am. Independent? Yes. Well succeed? Hmm, I think the meaning of being successful changed a little bit in those years. I guess still trying to be, or maybe I already am… I don’t do everything I like but I like everything I do. Can I afford my trips? Mostly Yes! Of course some times I have a little help because some are work trips paid by someone else and to places I never thought of visiting, but all of them gave me good friends, nice moments, a lot of culture and beautiful pictures.  I still have thousands of places where I would love to go. 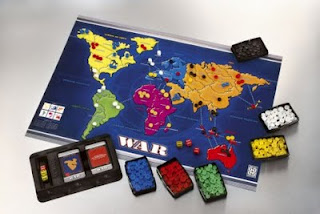 Difficult question. The best place in the world is where you can be with the ones you love. But I love to travel as mentioned before, and some times I can’t be with them. My favorite trips are to places where I can be close to the sea. If it’s warm, like Brazil, Cancun and the fantastic Côte D’Azur, better, I enjoy it more, but there are amazing places with sea view also in cold areas. I had the privilege of being born in a country with thousands of km of beautiful beaches (which I only visit during holidays or vacations unfortunately) and was also lucky with the projects I worked on outside my country because they were all in places close to the sea. I learned that sea view is wonderful anywhere, even below zero Celsius…

I also love Italy and all its culture, landscape, language and cuisine and have been there less than enough IMO. I could put all these pieces together when I selected a place to study Italian: I went to Riviera dei Fiori, in Liguria, during Summer . Roma, Milano, Verona, Bologna and the splendid Toscana are some of the places I visited and loved. And had a pleasure that I never imagined I could have when I dreamed of visiting Italy: I worked close to Venice in a SAP project for 5 months. 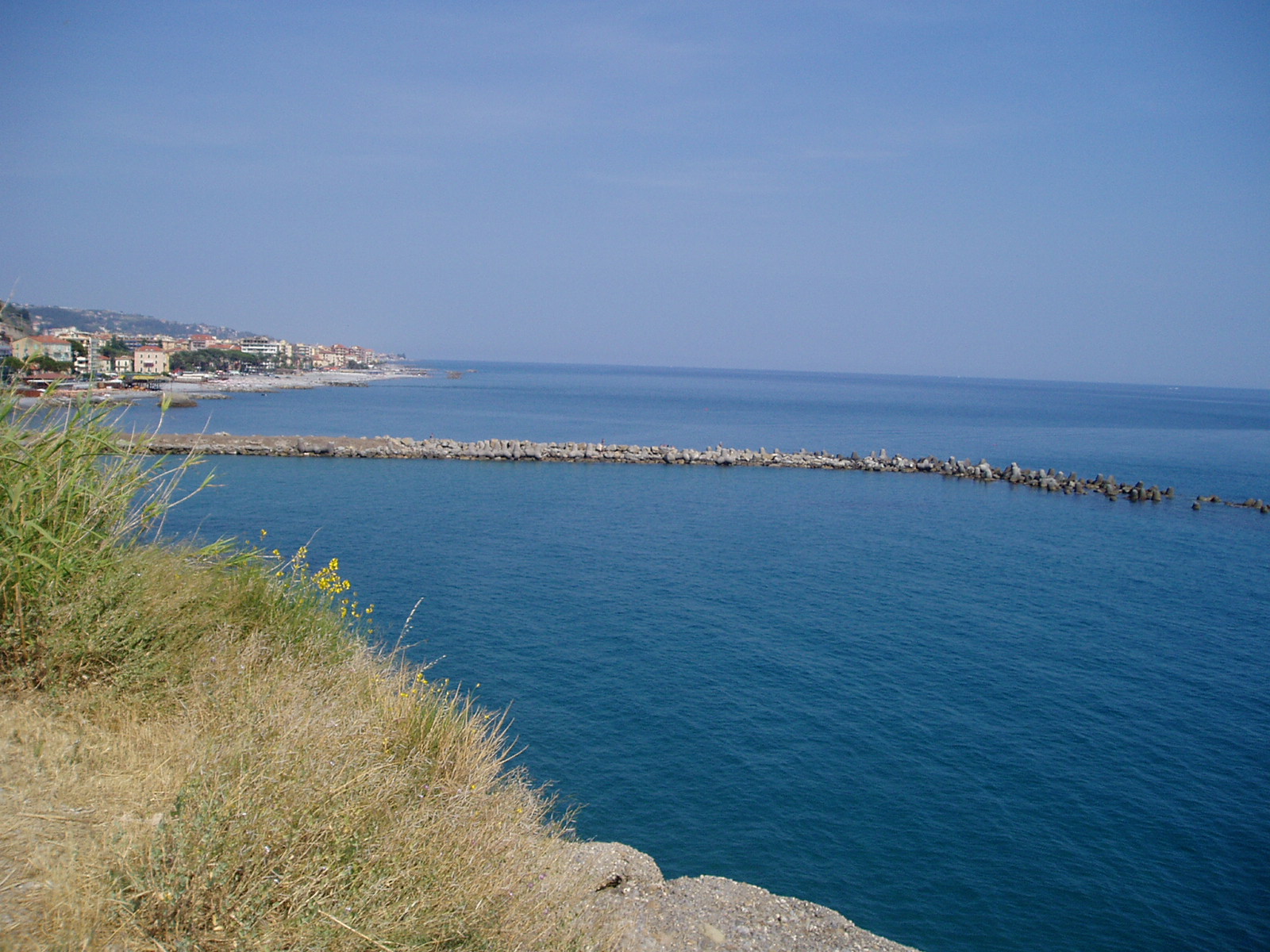 Tuscany, Italy (this is one of the pictures I took there that I like most) 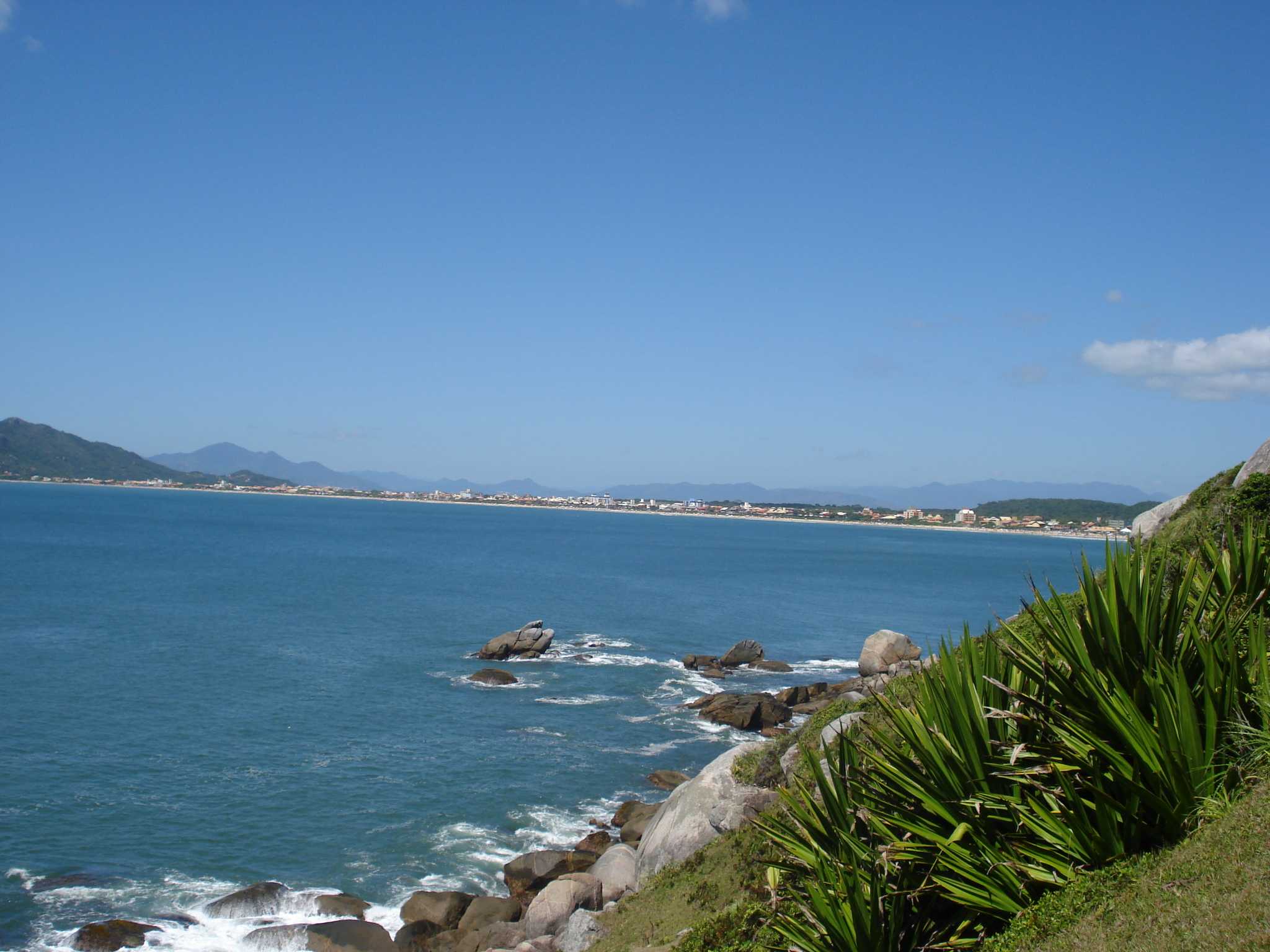 Santa Catarina, one of my favorite places in Brazil. 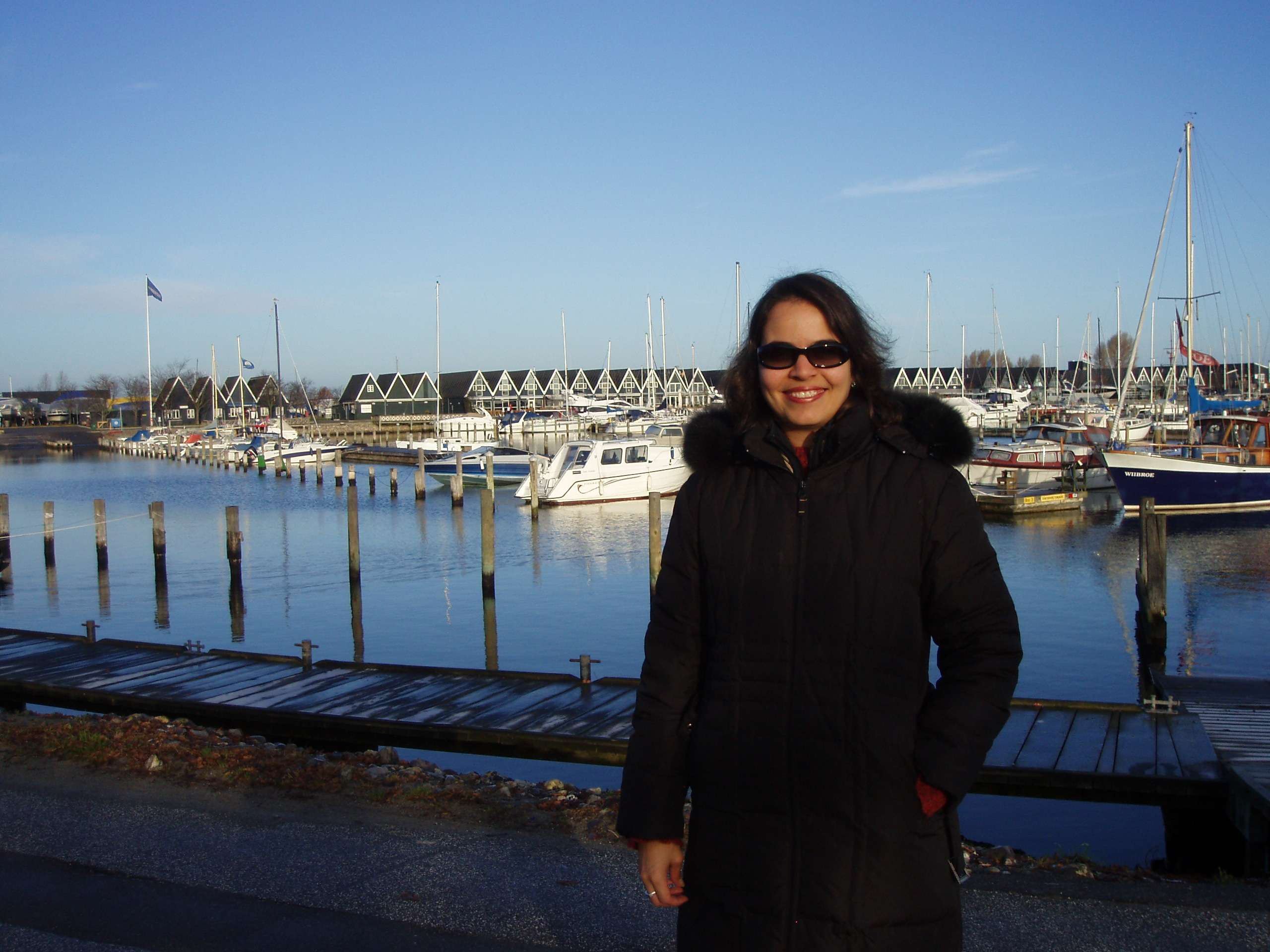 I recently found a t-shirt that describes myself: 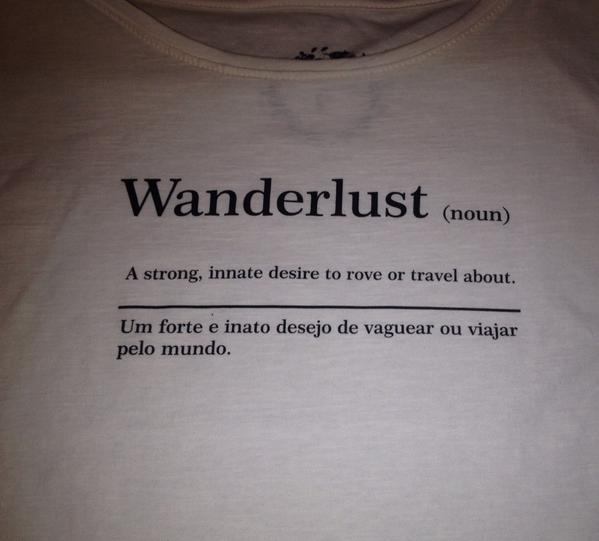 I had a lot of fun in many of my projects. I made good friends in all of them, some of my current best friends came from them. Of course some times we have hard moments and things could be easier, but at the end we learn a lot and laugh a lot. Maybe one of the most important was my first SAP project after my ABAP Academy, an SAP implementation in a Bank that lasted a year, because there I learned most of the things I know by now about SAP and how to be a consultant, and my ABAP team was so united and happy working together that we keep this close and dear friendship until today, almost 15 years later. That was the first project where I had to work 24hs non-stop during preparation for go-live because I was responsible for the interfaces that run at night, including IDoc interfaces not standard that I had to develop when not so many people knew what IDocs were all about. Had many other challenges and hard working moments after that.

I would like to Blog it Forward to my Brazilian colleagues and active SCN contributors, passionate SCN members, who helped me to understand the Mentors program, introduced me to the SAP Inside Track events and pushed me to contribute more to the SAP community:

And also to SAP Mentor Tony de Thomasis who, besides all his contribution in SCN, provides great value to Universities.

Fun fact about you

Did you have someone who inspired you in your professional life?

Please follow the Blog It Forward Chain in order to be updated when Marlo, Marcelo, Tony and other members of the community blog it forward.