It was an honour and a surprise to be asked by DJ-Adams to Blog It Forward.

My name is John Patterson I am freelance SAP Consultant from Australia, for the past 15 years during my time working with SAP software I have worn many different hats with many different titles, but the title I am most happy with is developer, software development is a passion of mine.

Spring has definitely arrived in New South Wales, I live in a northern seaside suburb of the city of Wollongong approximately 70 km’s South of Sydney’s CBD. Below are a couple of shots I took whilst out and about today. The first one is from the end of the point near my house looking up to the top of the escarpment. 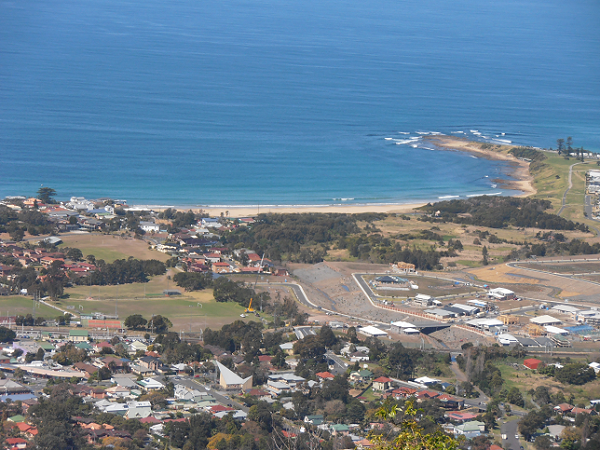 The second shot is from the reverse angle, from the top of the escarpment looking out towards the point. My house is in the middle, hidden in the trees.

I got my first PC when I was 10 years old; it was a Sinclair ZX Spectrum similar to the one in the picture below. Like a Commodore 64 you plugged it into your tv and loaded programs using an attached cassette player. On Sunday nights I was allowed to stay up past my bedtime and record a pirate radio show which used to broadcast machine code for games and utilities. I remember my parents buying me a Computer magazine which had the source code for Pac Man, the program was thousands of lines of Basic. That night I diligently entered each line of the code and played that game till I mastered it.

I am a big fan of Blitz (fast) chess, I like to play a couple of games before coding to get my brain warmed up. 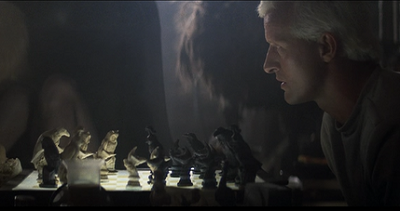 I find there are a lot of parallels to chess and software development, to do both well you need to have a good memory of previous battles, be able to look forwards and anticipate change, and learn to fail fast and recover quickly.

Thats easy, train driver, I think my 2 year old son has the same dream, his first word was Thomas as in the Tank Engine.

What one invention from the future would – or wouldn’t – you like to see here now, and why?

Many come to mind, like Sleep In A Can, Beer Zero and that Lotto prediction app I write in the future, but I will have to choose Teleportation, would definitely make commuting to and from work a lot more enjoyable and on days like today there would have been somewhere in the world with decent surf.

If you had the luxury of choosing 5 conferences to go to this year, what would they be, and why?

What do you think are the key elements for a successful <x> project? Choose one of Mobility, Cloud or In Memory

Will you encourage your children to follow in your footsteps and pursue a career in computers?

Hey John, great to learn more about you. That's quite a view you have there!

It's funny to hear of others cutting their teeth on Atoms, Spectrums and the like; because there was no 'net at the time, I guess naturally we felt pretty isolated, and except for the magazines (like the one you referred to) we didn't really get a good picture of the rest of the world's experiences similar to ours. How that has changed now for beginning programmers!

Nice choice of conferences; my son Joseph and I attended Google I/O last year, it was an amazing experience, definitely worth the trip. I used to attend O'Reilly's Open Source Conventions (OSCON) which were also great, a real feeling of building the future. More recently I went to Strata (which this year is coming to London - bonus!) which has that same feeling of excitement, uncertainty and boundless possibilities.

"Excitement, uncertainty and boundless possibilities" definitely what i look for in conferences and projects. Both OSCON and Strata have interesting lineups, will keep an eye on for next year.

Thanks again for passing the baton on, I enjoyed blogging about something other than code.

Beautiful pictures - it must be tough to live with that view!

While I do love the teleportation app, sometimes it would just be nice to crack open a 'Sleep in a Can'.  I am not 100% sure what Beer Zero is (beer with zero calories?) but I did find a reference to 'Beer Below Zero' which I would be willing to try.

I think SAP owes a great debt of gratitude to the Commodore 64!

You were right Beer Zero is beer without the gut. Thinking about it, if it takes 80 calories to melt 1 gram of ice, 'Beer Below Zero' might just be a winning formula.

You are so fortunate to have this view! The place with the best view I ever lived (and best air also) was in Zefat. It's a mystical city in northern Israel. I saw the Galilee and the mountains surrounding it every morning.

Thanks a lot for joining,

Nicely Said, I liked the way you have presented your skills and knowledge.

All the best! Once again thank you so much for sharing this blog.