This blog is a part of the “Blog It Forward” challenge and I received my Blog It Forward relay from fellow enterprise geek, partner in crime, and friend Thomas Jung .

My name is Rich Heilman and I am an SAP employee, SAP Mentor, a founding member of the enterprise geeks, and an all around nice guy.   I grew up in a house in York Pennsylvania which is less than 2 miles from where I live now, and no I do not live in Amish country.  So needless to say, I have never really left home, so I am grateful that I landed in the business of flying all over the world and talking about software all day long.  My computing career had humble beginnings.  I started out as a computer operator at a local cabinet making company.  Basically, my job was to monitor the AS/400 system, release record locks, and print out all of the forms which were generated by the business that day.  It was pretty boring actually, since it was the same thing day after day.  Eventually, I moved into a developer role working with RPGIV on the AS/400.  After a couple years, the company decided to implement SAP R/3 4.6c as their central ERP system. This was my ticket into the SAP world.  I was told that I would have to transition to the ABAP langauge in a couple months and to prepare quickly.  SCN did not exist at this point, so I had to really look hard for good content in which to learn from.   ABAP was quite a change from RPGIV, but certainly a welcomed one. I joined SCN(SDN back then) when it launched in 2004( or 2005?) and learned a ton just by reviewing questions that I didn’t know the answer to, figuring out the answer on my system, and of course posting the answer back to the forum.  ABAP has been one of my passions ever since.  While working at my previous employer, writing ABAP day in and day out and answer questions on SCN, I had always dreamed about working for a technology company, like SAP. Attending ASUG conferences and TechEds throughout those years only increased my desire to join SAP at some point.  I wanted to be one of those guys who gave the presentations, and ran the hands-on workshops.  In 2007, I joined SAP as a developer in the EPM space.  I was hired to write ABAP code for the BPC on NetWeaver project.  After a year or so, I moved into BPC Solution Management, and then into the EPM RIG focusing on BPC on NetWeaver. Back in June of this year, I moved into the HANA product management team, where I focus on HANA development tools including SQLScript, ABAP on HANA, and HANA Application Services. My current position is the best fit for me yet, considering I have and always will be a developer. Getting to work closely with the development tools themselves is something that I have always wanted to do. Me with a cool Banyan tree in Hawaii 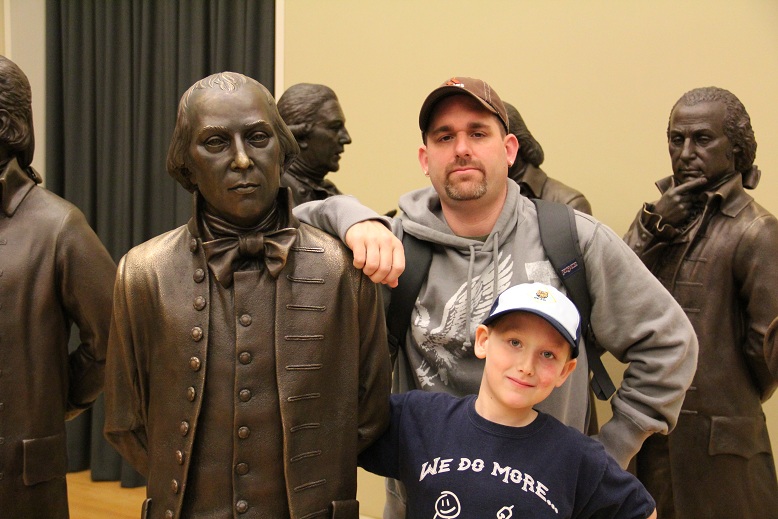 What was the most fun project I ever participated in?

Wow, there were so many projects that would fit into the “fun” category over the years, it is hard to choose just one. If I had to choose the single most fun project I would have to say the BPC on NetWeaver project in which I was hired for at SAP.  We were charged with the task to port the BPC on Microsoft product onto the NetWeaver platform in 6 months.  Most of the development was done in Shanghai, China, but I was tasked with building out 5 or so modules here in the US.  This was a really fun project as I was finally able to work on NetWeaver 7.01.  And I thought it was really cool that my code was going to ship in a real SAP product.  A lot of my code still runs under BPC 10.0 NW today.  I had a lot of freedom on this project, I could build the modules as I saw fit with little intervention.  During this time I learned a lot, and was able to share with the development colleagues in Shanghai as well.

When I was young I had always wanted to be a doctor.  I’m not really sure why anymore, but I guess I liked the white coat?  I’m sure we’ve all wanted to be a doctor, or policeman, or fireman around that age. Later in my pre-teen years, I wanted to join the Navy and become a fighter pilot.  Yep, you guess it, Top Gun was pretty popular around that time.  My Dad told me that I had flat feet and that the military would not accept me, so I quickly forgot about that. Not sure if that is true or not, but I think that it was just his way of protecting me.  In my early to mid teen years, I’m pretty sure that I didn’t really give my future much thought.  I’m sure many of you might have been in the same boat. It was only in the mid 90s(my later teens), that I started becoming interested in computers and what they could do.

And just for Rich – Who is your favorite co-author ever?

Thomas Jung had Blogged It Forward to me, and asked this specific question for a reason. For those who do not know, Thomas and I had written a book together several years ago called “Next Generation ABAP Development“, so I guess I am obligated to say that Thomas Jung is in fact my favorite co-author even though he was a slave-driver. Just kidding.  In all seriousness, working with Tom on this book was a lot of fun.  We worked on it after work most nights, using email and IM to communicate back and forth.  We really worked great together in my opinion. The other day, we were working on our TechEd exercise materials and we exchanged documents to review them.  We were discussing some sentence structure which we did not agree on, and I mentioned to him that it felt like we were writing a book together again. We really had fun with it.  Which takes me back to one of previous questions above about the “most fun project”.  Now that I am thinking about it, this might be the most fun project I’ve worked on.

I would llike to blog it forward to the following people:

I would ask that they please answer one or more of the following questions:

Be sure to follow the Blog It Forward Chain and see if someone has blogged it forward to you.

It's so great to read from people who say that the job they have is their dream job!  Of course, I suppose out here in public, you'd want to say that in case your boss was reading.  But in your case, I do believe it!

I think I know where that Banyan tree was... in Kailua?

Actually that Banyan tree is in Lahaina, Maui.

Thank you for sharing. Glad to meet a fellow white coat aficionado. 🙂

We've been to York area several times when we lived in MD. The Harley Davidson factory tour was awesome!

I may be reading this blog very late but couldn't stop myself from posting comments.  🙂

Both you and Thomas are inspirational to me ever since i started my SAP career.

One day i would definitely like to meet both of you.

Cute son and Great Father! Very nice photo! I like the way you have presented. Keep up the good work! Thank you so much for sharing excellent blog!