Staying awake to fight bushfires at SAP InnoJam 2012 in Melbourne

One week has gone since the SAP InnoJam 2012 in Melbourne and while preparing the next SAP InnoJam in the Netherlands happening next week from Sep 7 – 8 I took some time to summarize the Melbourne event for you. 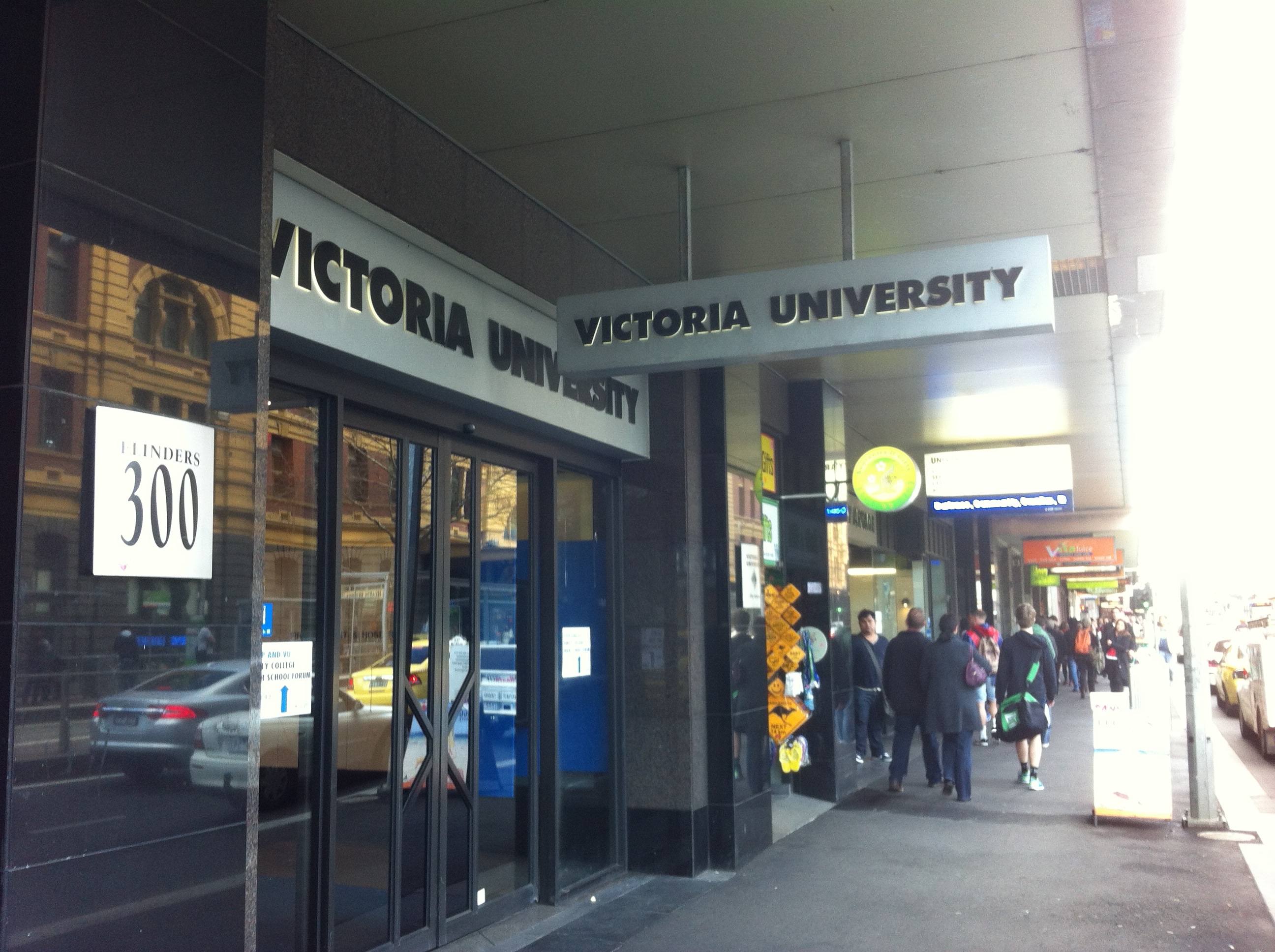 The InnoJam event started on the first day with a Design Thinking exercise around the theme of fighting bushfires in Australia. All participants liked this approach in order to find out what the end-user’s needs are before really starting to code.

You can get more information what happened on this day in the first blog I’ve written during the event which includes also some videos that we’ve shared live as a Google+ hangout during the event. This part was mainly driven by our team colleagues Hester Hilbrecht with the help of Gigi Read who both did an awesome job in explaining the Design Thinking methodology.

After that the coding began. Thanks to Juergen Schmerder and Ingo Sauerzapf we had a good system landscape setup as well as some data already uploaded to the HANA server for the event. This included e.g. some OpenData weather data from the Bureau of Metereology in Australia as well as other OpenData information collected for this purpose.

We’ve had 5 teams that tried to implement the prototype they’ve developed during the Design Thinking exercise into an useful app for the “persona” they’ve defined. These are the “score cards” of the 5 teams:

Just before the final presentations we’ve had some little crisis. Somehow the participants where not able to connect to the wifi routers anymore. But with the help of our amazing SAP IT colleague Fred Giono we were able to fix this issue.

All of them were able to deliver an up-and-running-app, but at the end the jury (Simon Dale from SAP, Tas Adams from Victoria University and myself) determined team 5 “Where’s Wally” as the winning team of the event. 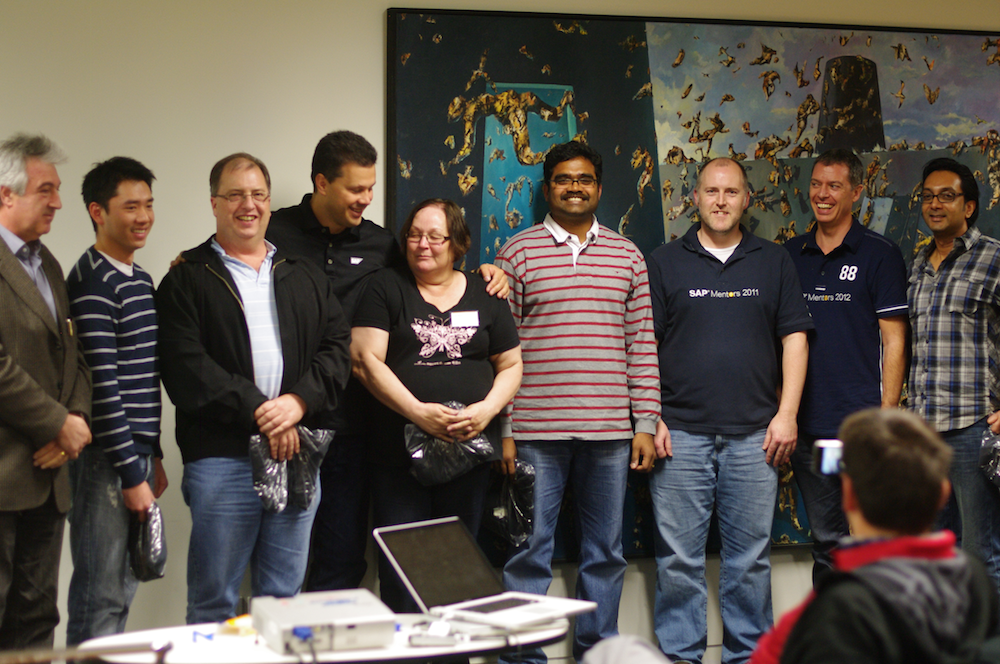 After the event this team was able to present their prototype during the SAUG Summit 2012 in Melbourne.

For those of you who are interested in all other related material tho this event you can look into the following assets:

Last but not least I’d like to thank Jadanne Dare from SAP marketing in Australia for her huge support before, during and after the event and of course, again, a big thank you to Paul Hawking for helping us setting up and run this event. And of course to all the participants of this great event. 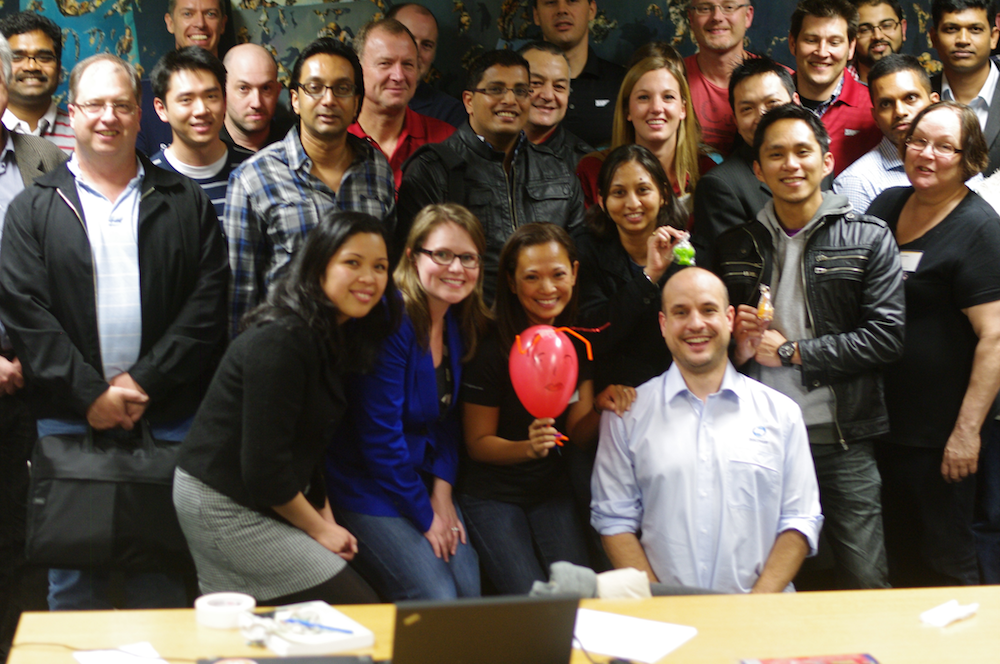 PS: Thanks Chris Paine for the group photo and the photo of the winning team!

I've yet to see the videos, but from this blog it's already clear that it has been a wonderful event! Thanks for sharing, and for all your efforts in organizing these events.

Where was the next, you said? 😉

And also thanks for the hint that I should mention the next InnoJam. 🙂

It's happening in the Netherlands from September 7 - 8. You can get more information about it on the event wiki page for SAP InnoJam 2012 Netherlands.

Looking forward to see you there and hopefully many others interested in joining another InnoJam event with Design Thinking.

Well done everyone! I am even more sad I didn't make it this year 🙁

Thanks Josh! Hope you'll have a great InnoJam experience there.

See you at the Innojam at TechEd Las Vegas, Josh!