Do you remember that scene in the movie Apollo 13 when the damaged spacecraft is re-entering the Earth’s atmosphere and everyone at Mission Control in Houston anxiously waits for the astronauts to come out of radio blackout? Now, can you remember one person in that scene who was not white, male and in their twenties or early thirties?

A few days ago I was watching this video of the control room for the landing of the Curiosity rover on Mars on August 6th. Females, males, mixed ethnicity. Some young, some less young, some surely old enough to remember watching the moon landings live on the family TV. Long hair, short hair, even a Mohawk. This is today’s workplace, 40 years after the Moon program ended. 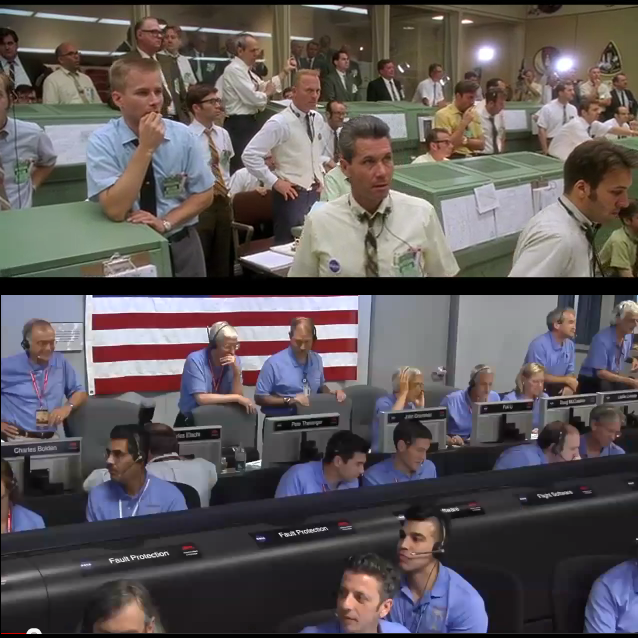 Diversity in terms of genders seems to be a given those days, but recent debates sparked by Anne-Marie Slaughter’s piece in the Atlantic titled Why Women still can’t have it all reminded us that the price paid by women remains higher than for men for reaching comparable positions. Change is on the way though: flexibility in where and when we work helps solve family scheduling conflicts, while at the same time younger couples seem more ready than their parents to share the family workload. Of particular importance is the fact that for example more women than men have college degrees in the US. It is too early to tell how this will eventually impact the workplace. The critical question is: will this trend lead to more women in the workplace, and eventually more women in management positions? In other terms, why is the “conversion rate” rate going from  female college students to active female professionals, and what can we do about it?

We are moving into an age where three or even four generations will work in the same company. This is mostly a consequence of the age of retirement going up, driven either by legislative changes to state-run pension schemes in Europe or dwindling retirement savings in the US context. In other words, a young hire born in 1990 may soon be working alongside a baby boomer born in 1950 or even before.

Here again, we have more questions than answers. How will this situation affect the Future of Work? Will working styles be so far apart as to render teamwork ineffective? Will the gap in age, on the other hand, create enough empathy in both directions to bridge the gap and learn to work together? After all, grandpa is no threat to the career of the grandson, and the other way around. And there is so much to learn from each-other, and not only war stories involving punch cards or hard drives the size of a washing machine.

Family status is the last dimension of diversity that we discussed at our Future of Work workshop. It is no longer about working full time or not working at all. It is for example about successfully managing a team while working part-time. It is about male employees taking several months off to become the primary care giver to their young children. It is about both members of a couple working half-time for sharing family duties. The range of options is infinite, since digital technologies on the one hand, and evolving mentalities and workplace policies on the other hand have greatly expanded the space of possible work arrangements.

In conclusion, there is no longer such a thing as a typical employee. And this is a good thing. Even though a lot remains to be done for diversity along all dimensions to be truly embraced in all workplaces, we have more reasons to believe the future will be better than the present than the opposite.

And this is not just because people may be more aware or enlightened, although this always helps. It is because diversity makes business sense. An inclusive workplace attracts and retains the very kind of people most needed for running innovative, flexible businesses and inventing the future together.