We are very pleased to announce that PowerBuilder is now LIVE on SAP Developer Center. 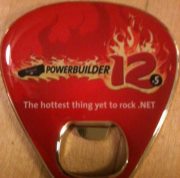 You can find SAP Developer Center at http://scn.sap.com/community/developer-center.  Look for the PowerBuilder link near the middle of the page to see the content available for PowerBuilder.

Stay tuned for more announcements in the near future about additional efforts SAP has underway to support and grow the PowerBuilder developer community.