I was tagged by Kristen Scheffler in her Blog It Forward post today (we’re not all lucky enough to be posted in 2 Blog It Forward posts!) and I am delighted to be offered the chance to share a few bits of information about myself and some crazy photos. 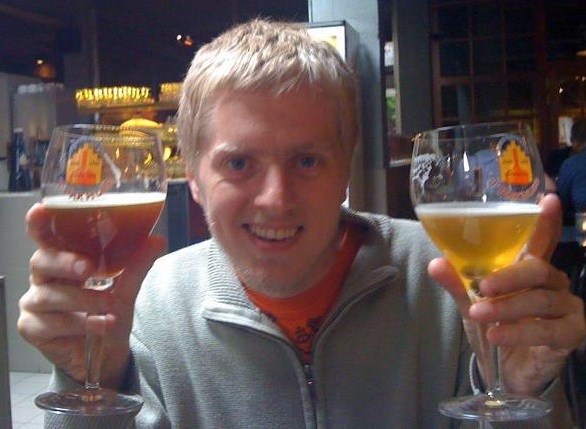 As you’ve probably guessed by now, I am Luke Marson, SAP Mentor and purveyor of Belgian beers. Born in Burton-upon-Trent (the home of beer) in the UK, I spent most of my life growing up in the small but charming city of Lichfield, which is the home of Doctor Johnson – famous for writing the first dictionary. Stints moving further and further south eventually took me to London before I headed for the good life on the European continent. My new home was Antwerpen, the self-styled capital of Belgium (sorry Martin Gillet!), the world capital of diamonds and renowned fashion city. 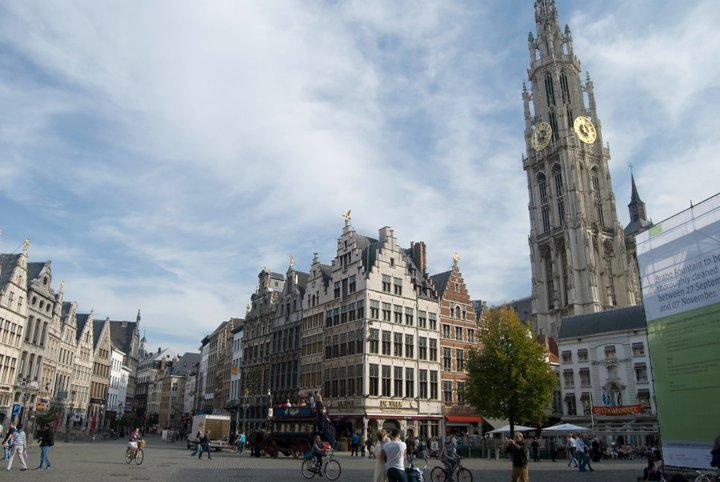 These days I am a Senior Solution Architect for the Gavdi Group, based out of there German office but still residing in northern Belgium. My focus is on SAP HCM Talent Management, Visualization Solutions by Nakisa (VSN) and SuccessFactors, although I have a strong interest in HCM and cloud computing. Earlier this year I was appointed a SAP Mentor and co-authored the SAP PRESS title Talent Management with SAP ERP HCM – both as equally exciting as rewarding.

When making my career choices, I thought that my potential in IT and business wasn’t going to lead to a fun career (how wrong I was at 17 years old). Instead I opted to try my luck in the music industry and embarked on a career working for a promotion, marketing and stunts agency, a music publishing rights organization and a record label. After 4½ years I decided that I’d had enough fun and it was time to buckle down and get a proper job. SAP beckoned.

My break, like many, was a lucky one. My father had worked for SAP in the early 1990s and had gone on to form one of the first SAP HCM consultancies in the UK, Access Consulting (later becoming Pecaso UK before Pecaso was bought and absorbed into Accenture). The CEO of a boutique UK SAP HCM consultancy who knew my father decided to take a punt on me, with the thought that if I was half as a good as my Dad then I would make an excellent consultant. I still don’t know if he was right, although I’ve done ok for myself since making the move into SAP HCM!

I’ve had a lot of fun and rewarding projects, although I’ve also had a lot that are not fun but rewarding. I enjoy most of my implementation projects, particularly when my clients are getting tangible benefits. I also enjoy doing other types of projects, like the SAP PRESS book.

However, for me the most fun project was in the UK at a “national postal service” 🙂 . I had a lot of fun with the people I worked with and spent many nights out socialising with interesting, fun and like-minded people. I also happened to have my father on the same project – I’m not sure if that contributed to it being my most fun project or not!

That’s not to say that other projects weren’t and aren’t a lot of fun – this project just happened to be a very large project with a lot of like-minded people who wanted to spend time having fun outside of work.

I have tried over 840 Belgian beers. And so far my fight against alcoholism has been successful J. I have kept track of all the beers I’ve drunk, along with a list of beers that I have not tried (that are known to me), and you can access it here:

I also like to travel, play football (soccer!), cycle and blog about SAP HCM of course!

If you were not in your current role, what/where would you be and why?

This is a real tough one, since I’ve been to a lot of places that I like and there are still many places I haven’t yet been to. Scotland is a place that I would love to be, but since I also like good weather (despite not growing up with much!) I would prefer somewhere a bit more southerly. I’m quite a fan of Spain, but for me I would probably be somewhere on the coast in the South Balkans – Croatia or Montenegro.

Please reply to one or all of the following questions:

Hi Luke, Thanks for the blog.

Interesting too, that the project at the postal service - where your father was too - was one of your favorites!  I think your dad would be pleased to know that (he must've done something right)

I've seen you around a lot in the community but after reading this blog I envy you:). You did a lot of cool stuff.

When I was a kid my father was on a diplomatic mission in Belgium so I lived there for one year. I really enjoyed the summer in the big park of Brussels ( I think it is called the "Boa"). I also miss the orange snack which has serrated shape. For the sake of the Belgians, I hope they still sell it:).

Thank you for joining the BIF challenge!

I have tried over 840 Belgian beers.good to know that you are fond of beers.

Are you into microbreweries as well? Does the beer have to be in a bottle? Where exactly are you located now that you are here in the US? If you are in California or even better SoCal I can recommend some great microbreweries, there are a lot of them.

Yes. I've tried around 120 US craft beers and tried a beer from around 35 different US states. I still prefer Belgian beers, but I like the US craft beer scene. You are free to recommend some microbreweries in CA, as they are widely available nation-wide. I plan a trip to CA early next year so will happily follow your recommendations 🙂

In that case if you have the chance, stop by Bootleggers in Fullerton which is about 3 miles inland from the I5, between Anaheim and La Habra. Everything is organic, handcrafted and brewed on location. I usually get 2 growlers (half a gallon) once in a while. They have about 15 different styles of ALEs on tap, they also make some Belgium style ALEs.

I liked the way you have documented. I think you are freaky guy!

All the best! Keep up the good work!

Thanks Hari - although I'm not sure if "freaky guy" is good or bad! 😉

There is also another meaning for that! I took it different sense. "Good". Nothing to worry at all.

Once again thank you so much for sharing your wonderful experience.

@FredVerheul, just tagged me in his "Blog-it-forward" post. Since I didn't know the concept I'm reading some of the blogs of people that I know, and yours I read because you live in Belgium. I really love your list of Belgium beers. Do you have it only as a list, or is there also a Lumira dashboard of? 🙂

Thanks so much! I only have a list, but I'd love to see something in Lumira 😉