I was tagged by Luke Marson in his Blog It Forward post today. I like the idea, so here goes – as I’ve just returned from day 2 of the SAUG Summit and InnoJam the two days prior to that, I might not make any sense, you were warned. 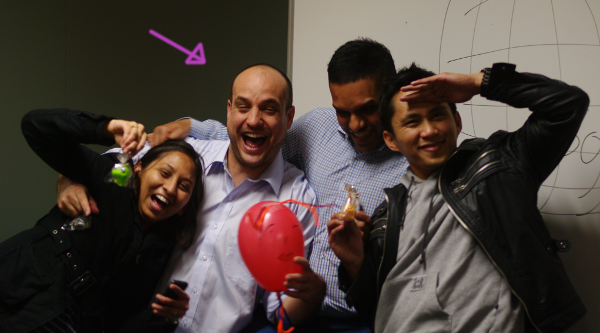 That’s me (the one with a certain amount less hair than the others in the picture). The photo was taken on Monday at the SAP Innojam Melbourne Australia. Our team had just managed to win the “team with most creativity and energy award for the design thinking challenge” (we also managed to not come in the top 3 out of 5 teams, but we did have a lot of fun doing it 🙂 ).

People often ask me – why “wombling” as my twitter handle, well it’s also my domain name – yes you can find my entire family at someone@wombling.com . Years ago I attended a Scout incident hike (this was in UK where I grew up)  almost 1000 kids were involved, and with those numbers, they needed computers to manage then (not quite the need for HANA, but probably more than a whiteboard could cope with). Already at age 12 I was  very interested in computers (I was the first kid at school to hand in English assignments that were word processed not handwritten, and probably also the first to use the excuse that my hard disk had crashed!), so I noticed that on the 10BASE2 network that each computer running Linux had a hostname corresponding to a Womble. I liked the idea, and so the name of my first Linux install was named “Womble”. This tradition continues to the current day with all the PC’s in my home network being named after different Wombles. When I finally got fed up of changing my email address with every ISP change I made, I applied for the wombling domain, and have been there ever since. I even had a trademark on the use of the name in ITC HCM applications 🙂 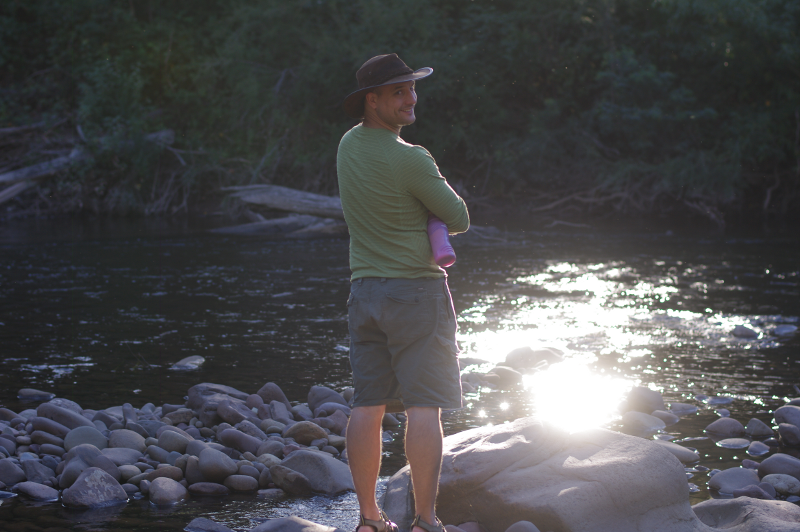 I love living in Australia. I’m a dual nationality British/Australian, having moved here over 10 years ago. I grew up mostly in the UK with 3 years of my childhood in Alberta, Canada. My mother is Dutch and I studied Physics and French for a degree at the University of Nottingham, UK with a year at INSA Toulouse studying in the third year of Genie Physic. I started out from Uni with consulting firm CMG UK, where I learnt the basics of SAP HR, Payroll and ABAP. I’ve been playing that game ever since, although I take care to avoid payroll as much as possible, and much prefer to play with in “fluffier” SAP HCM space.

Whenever I can I like to head out with my family to my favourite camping spots in the Victorian Alps, I love the remoteness and the beauty of the Aussie wilderness. Nothing de-stresses me better, nor reminds me what is truely important to me in life – you can read some of my other thoughts on that here –  Hello I’m Back – A view from outside SAP

It’s probably a fair summary to say that as much as I enjoy doing technical things (and I really do love doing the things I do for my job and count my blessings every days that I’m paid for doing stuff that I love to do.) I also love doing much more back to basics stuff, like camping and also woodwork.

If you could do any  activity – irrespective of time, commitment or money required – what would it be?

Wow, that’s a hard one! One thing that I’ve often thought about is how valuable for me personally it was to have a few years in Canada when I was a child, it gave me a perspective on being part of a global community that I don’t think many of my peers had. I’d like to do the same with my children, so I would certainly consider a “sabbatical” working in China or some other Asian country (not Singapore or KL though!) Would be great to learn another language too, I don’t get much opportunity to practice my French in Australia.

Here’s some questions for you guys:

I really like this #BIF idea, it’s a chain letter with legs – hope it doesn’t get too cliché too soon!

Thank you for a great blog:). These kind of fun stories is that exact outcome that I was hoping that the #BIF will generate.

I really liked your question about the superhero and I think I would chose to be Captain Planet. All these cool colors coming out of his hands. I will also add this question to the official BIF blog.

What was your first computer game? I miss those games:)!

it was a really cool idea that you came up with, I hope that it can add a little colour to the personas that we see here on SCN and in the SAP community.

I look forward to reading other #BIF blogs.

My first computer game? - well the PC that I had first was a 8088 that was a 8 bit bus not the 16bit of the 8086 didn't have any games on it. So I had to code up one (including the graphic rendering routines (pixel by pixel). Taught myself how to code BASIC, and first software I purchase (that hadn't come with the PC) was a compiler for the BASIC code so that the program ran at a half decent speed. Those were the days 😛 .

However, I did spend ages playing Ultima IV on my neighbour's Commodore 64 🙂

The game me and my sister played the most was "Space". Thanks to this game my sister taught me a very important lesson in life. I screamed "almost" when I almost succeeded destroying the spaceship. So then she said "almost is not enough". She was so right:)

Thanks for #BIF.  Now I know what a womble is!

You did neglect to mention your mad dance skills, but I suppose we all need to hold something back.

Thanks for explaining the derivation of  "wombling"; I too had no idea what a womble is. Three cheers for increasing our cross-cultural literacy!

Thanks too for teaching me my new word of the day 🙂

very glad I could add to your knowledge of what must be a pretty niche cultural idiom.

I'm glad you liked the woodwork Gali, I love spending time making it. I would have made more, but my wife has put me onto bigger things now (I'm currently trying to make a bunk bed for the kids out of timber that I collected from the local state forest.) We'll see how that goes! I'm hoping to keep building the wooden village, and put more figures into it. I'm slowly getting the hang of carving the wooden figures too! (Nephews and nieces on both sides of the family have sets of the wooden animals too, I could almost go into business! Although given how long they take to make, I think I'd go broke very quickly!)

Hopefully the kids will have a full medieval playset by the time they are old enough not to want to play with it anymore... 😉   Any-which way I enjoy doing it!

Thank you for your kind comments. It's good to see that the blogs are continuing. And some really good ones too.

I think you like to visit many places. Is that correct?

I can easily see and find out! 🙂

and fun read in excellent style!

Nice! Great to get to know you better. 😉