During the month of July, SAP can attribute much of it’s success on Facebook to its ties to the world of Sports. The news about SAP hana being chosen to power NBA.com’s statistics section was hugely popular.. As was SAP Ambasssador, Ernie Els’ success at the British Open. These stories, among others, showed that SAP’s range of excellence extends into the mainstream.

The official press release called this partnership “unprecedented.” It could not have been more accurate. For over a year now we’ve known what SAP HANA is capable of, and now NBA fans everywhere will know the power of everyone’s favoritein_memory solution. This post is among the most popular ever on the SAP Facebook Page, and it’s no mystery why. 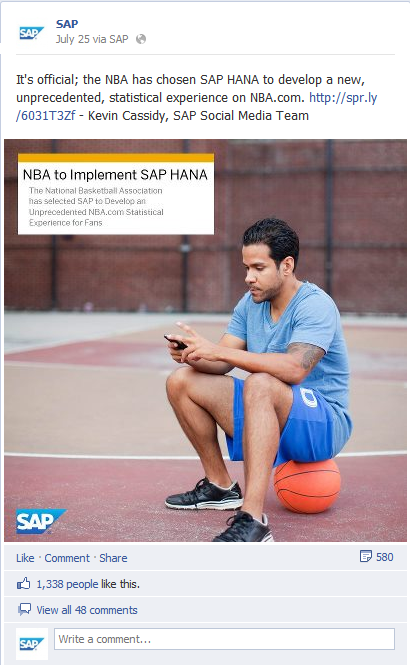 The ability to stream the 505 World Championship Sailing Regatta proved to be very popular for SAP Fans. I won’t lie though, the beautiful picture that we shared of the SAP sponsored sailboats most likely had a positive effect on the post’s popularity. As an SAP Ambassador, every time Ernie Els takes the course, he flys the SAP flag. It’s no wondre that when he found success at the British Open, our fans were extremely proud of his achievement. They showed it by liking & sharing the photo we provided on Facebook, earning over 4,400 viral views (or views by those who are not fans of the SAP Facebook page already). 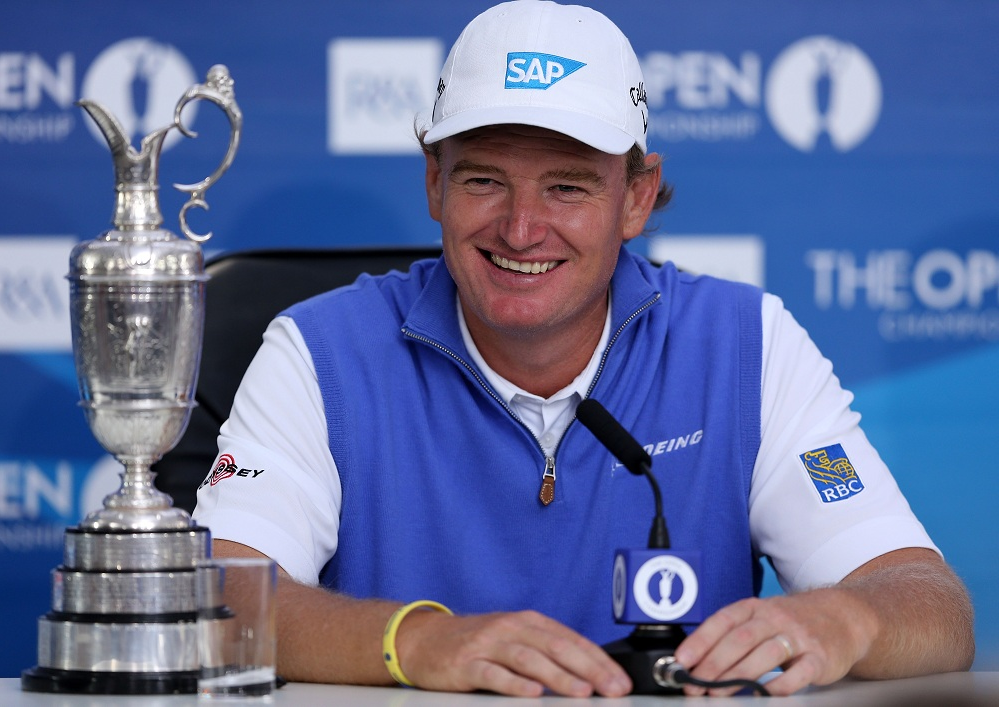 SAP BusinessObjects Mobile on the iPad

Our fans love seeing SAP achieve success on mobile devices like the ipad . This installment of the weekly “SAP Mobile Minute” features @Nic Smith showing some of SAP #BusinessObjects_Mobile’s features on the device. Click here to take a look for yourself. 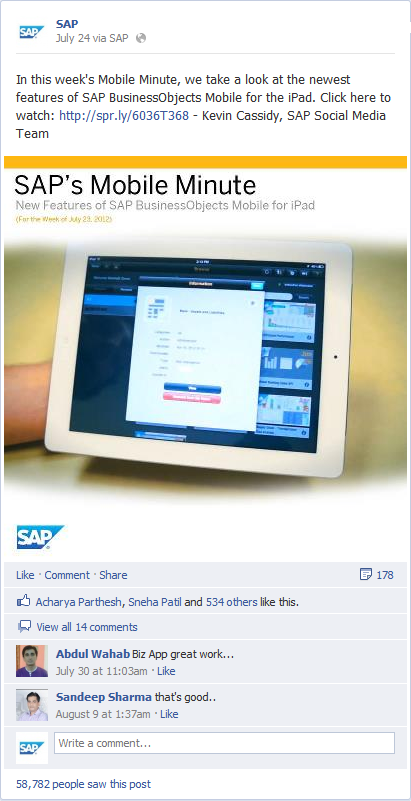 The Dog Days of Summer

The SAP fast_facts project has spawned a plethora of highly interesting facts regarding our customers, and what they use our software for. This particular fact drew the admiration of pet lovers, as it proudly exclaimed that SAP Customers Produce over 85% of the World’s annual supply of pet food. These facts always perform extremely well, as they very literally provide fast, easy facts about SAP that you can share with friends and family who may not know much about our company. 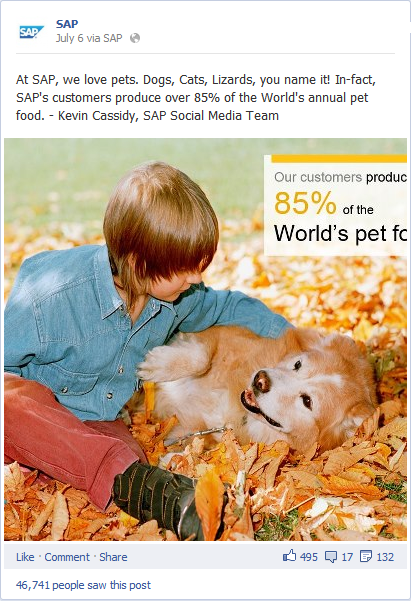 I hope you’ve enjoyed reading about our most popular posts from the past month. Don’t forget to like our page on Facebook