I wasn’t blogged forward by anyone, but that doesn’t mean I can’t take the initiative, right?

So I am Sue Keohan, and I am an SAP Workflow Specialist – lucky to have been employed for many years, first at MIT, and then in 2002, I moved to the ‘burbs and now I work at MIT Lincoln Laboratory.  I mostly work with SAP Workflow (in case you did not know this) but I am a developer through and through.

I grew up in New England, a very lucky girl.  I sailed with my family, I was in 4-H when I fell in love with my sheep, Sally (who died very tragically, but that is another story) and later, I worked 6 years at a stable and learned about horse management, horse-back riding, and showmanship. 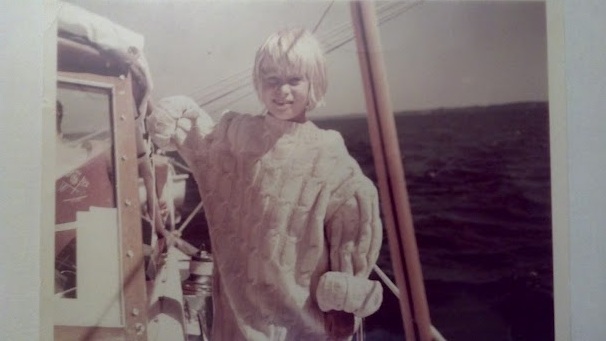 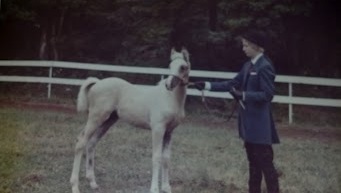 I soon learned that I loved foreign languages… I mean LOVED!  I was the only student in my high school to complete four years each of French and German (but that was a long time ago, so don’t test me).  And then I discovered something, way back in the early days of Hollerith Cards, Assembly language coding, and <gasp> COBOL.  I thought that coding was very much like a foreign language.  Because why else would I love coding so much?

Flash Forward:  I joined MIT in 1986 – because I knew COBOL.  Ain’t that a kick?  I also met my #workhusband and later on, my real husband.  I was hired to write general ledger programs in COBOL on a VAX/VMS system.

So it was in 1997 that I became an ASUG volunteer, and formed, with the help of Terry Bramblet, the Workflow Special Interest Group.  We also set up the SAP-WUG mailing list, which lives on to this day.

Over the years, I’ve gained many ASUG friends, and experienced the joy of being a volunteer.  Finding out what topics interested people, finding speakers and encouraging them to speak at ASUG conferences (sometimes even a little arm-twisting) – all these are very satisfying activities.  Then in 2008, I was invited to become an SAP Mentor – perhaps this is the highest compliment I’ve ever been paid, professionally.  In 2009, the great Ginger Gatling asked me to help on the revision to the ‘workflow bible’ (Practical Workflow for SAP, by the truly wonderful team of Alan Rickayzen and Jocelyn Dart).  Ginger assembled a great team or experts, and together we produced the second edition.   Ginger even arranged it so that all author’s proceeds are donated to Doctors Without Borders.
So my professional life hit yet another peak!

People who follow me on Twitter may know I am the proud mother of #wonderboy (who is going off to college in 11 days) and #harrythe ninja, who is not.  I still sail, and I also tweet (on occasion) for my yellow lab, Sunny – the Warrior Princess (actually, that Twitter ID was taken, so I had to settle for @her_fierceness).

Through ASUG, and SAP Community Network, and the SAP Mentors Program, and Twitter, I continue to enjoy the company of great people, and always look forward to meeting more.

In response to an earlier ‘Blog it Forward’ by Greg Myers, I will answer the following questions:

I thought I would become a veterinarian, until I realized it involved blood.  A lot.

There is a beach on Kauai where a natural fountain comes out of the cliffs, so you can enjoy the waves and sand, and then rinse in this pure water.  That, with a mango and perhaps a beverage, and I am a happy camper.

·        What was the most fun project you ever participated in and why?

Upgrading to SRM 5 – because it was totally challenging, and I worked my tail off, and the results were great.

FFun Fact:  I was once pulled over by the Rhode Island state police because I had a mannequin hanging out the trunk of my car.  They asked me to take off his shoes so he did not look so realistic.  (BTW, his name was Vito)

I’d like to Tim Guest and  Amy King.  And I am also Blogging it Forward to Jocelyn Dart and Alan Rickayzen, without whom many of us would be left floundering in the dark.

You can answer any of the prior #Blogitforward questions – I appreciate knowing anything about you that you feel is worth sharing! 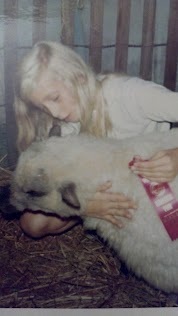 Merci beaucoup pour joining and for a great blog 🙂 I blogged it forward to you so now you are an official  part of the BIF chain 🙂 .

You made a very interesting analogy that coding language is a like a foreign language.

What a great idea, and thanks so much for the mention!

You can find here more information about the BIF challenge. Looking forward to reading your blog as well:)

Wonder what happened to Vito? Crazy story... reminds me we once got pulled over for driving too slow! The cops accused us of being asleep while driving, yet we were barely too scared to overtake them at above speed limit (which was not in effect anymore, yet we had missed that traffic sign)

Vito did wind up in a weird sort of second-hand store.  He was a lot of fun, and I took him everywhere (to visit my parents, the movies, various bars) but eventually he was just a drag.  He didn't really contribute anything to the relationship.

Well, I didn't talk in too much depth about mucking out stalls, getting kicked, stepped on, and thrown off - multiple times!  Still have the scars to show for it too.

But one thing I think I took away from my years in 4-H working with horses... If I could make 'this beast' do what I wanted, and not be afraid, I would probably be able to take care of myself.

What about you?  Will we have to wait for a #blogitForward to know more about *you*?

These BIF posts really are distracting me from work! Really interesting to read about everyone's life outside the SAP world.

Then I am going to call you out - Tim, the Guest!  Please accept my blogitforward invitation!

Thank you Sue, I will try not to disappoint! 🙂

If ever there was someone who deserved to be BloggedForward it is Sue! Not only a hugely entertaining blogger but a truly amazing person who has brought together so many of us in the Workflow world.  Now that's what I call a SAP Mentor! Go Sue!

Second the motion Jocelyn and no surprise how "can do" Sue always seems to be: jumping in and participating.  In fact, that is emblematic of her incredible style.  No whining by our Sue around "not being tagged".  She rolls up sleeves, dives in and shares full out.  My first active encounter was her leading some BPX activity during an ASUG/ TechEd event many years ago.  Her empathy made everyone feel included.  Thanks for including yourself in this Blog it Forward inititative Sue.

Marilyn, thank you for the kind words!  I am sure someone would have gotten around to tagging me eventually 😉

It's an awesome blog - straight from the heart!

Wow...I am speechless just looking at the photos, the MIT and volunteer experiences you had. Amazing!

Thanks so much Annie!

MIT also offers a program during January, called Independent Activities Period (when most students can't get home).  There are *thousands* of classes - available to students, staff, and faculty.  It is a real blast - you can read about one of the programs here!

Ha, thanks for the laughs, Susan:

you sure know how to tell a good story.

Turns out we have even more in common: I grew up riding ponies and horses in the country and have loved foreign language (in my case English) all my life. It's as if I was given a chance to be a second person in English - The German& English Natascha are not the same.

The car story - I once picked up a hitch hiker and the police pulled me over as the guy had just escaped from prison :-). They did not ask me to take his shoes off.

You are a really great person, fun, kind and smart!

Natascha, did you parents *not* teach you about picking up strangers in cars?  Horrified!

Right back at you - funny, kind, and smart 🙂

This was "in they day" when picking up hitchhikers was "what we did" :-).

I liked the old photos that you have posted.

I am very happy to see and read about you. 🙂

Hi Suseelan,  Thanks for the kind words.  It's great to be a part of this #BIF family, isn't it?
I was glad to be able to go back and find yours:   Blog It Forward : Hari Suseelan !

Yes. You are correct. I like to read all the BIF soon one by one. Lovely ppl and very good information. Knowledge, Leadership, Management technique, Career Growth, Behaviour everything is clearly mentioned in SCN. I am become great AC of SCN not Fan! 😆

Late to the game here, but better late than never. Always great to learn a bit more about people I admire.

I really like nature and animals, and it is great to see images as well as yours. Like you, I was creator too, but dogs (of all kinds breeds) 😀

Alas, my horseback riding days were when I was younger and much more flexible, so a fall to the ground didn't necessarily mean that everything would break.

I do, however, have a wonderful yellow Lab, but I don't try to ride her - she provides enough amusement without that.

Thanks for reading,
Sue