Use Regression Analysis To Predict Runtime

During data load we come across of one issue very often which is related to “data load runtime”. This runtime is related to process chain execution time. Being a part of Production Support Team our responsibility is to estimate the data load completion time. Maximum times we rely on excel-based tool which provides the runtime. But reliability on the estimation is less significant.

We are going to create a model which is based on Predictive Analysis and later we will use this model to predict the runtime. To explain this process here I have considered two input parameters – Number of Records, Runtime for cube “ZXXC_01”. As per Predictive Analysis, first we need to identify independent (X) and dependent variables (Y). In our case, Number of Records is independent and Runtime is dependent variable. Thus in model using values of X, we can predict the value for Y. Let say, we have following data as per record (this data I took it from BP2 system) 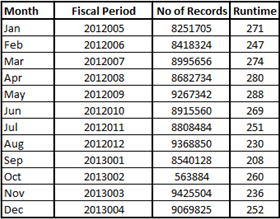 We need a model who can predict the runtime in advance. However issue here is to predict the runtime we should have no of records in hand. But we don’t have such details, now question comes what can be done here. So to get the “No of Records” for advance period we have to use Forecast Techniques.

Step 1:Identify relation between variables X and Y – To understand whether variables are related to each other, we will use coefficient of correlation/covariance here.

Step 2:Once the relationship is found, then create Regression Model – This model will predict future runtime.

St   Step 3:Use Forecast techniques to get future Runtime – We will use “Exponential Smoothing” technique here to get the values

4.    Step 4:Now apply Regression Model on forecasted data to get the future runtime.

Step 1 – Identify the relationship between variables X and Y

After applying formula for correlation coefficient “r”, we get the value as 0.61. This value is close to +1, and thus these two variables are co-related.

We have all studied linear regression equation in our schools as

“r” we have already calculated in step 1.

After applying Exponential Smoothing (with alpha = 0.7), We get the Forecast Data for No of Records. 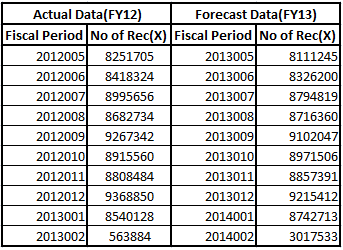 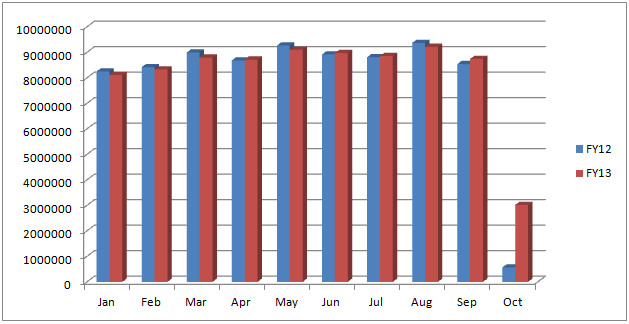 After applying regression model to forecasted data we have got in previous step we get the future runtime.