Update on SAP Mobility and M2M from Sanjay Poonen 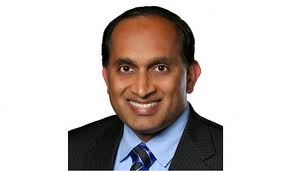 I had the privilege of spending time on the phone last week with SAP’s President and Corporate Officer, Sanjay Poonen.   He has responsibility for several of the innovation products at SAP, and also has overall responsibility for mobility.  I must take a moment to apologize again to Sanjay for being late to the call. Let me digress for a moment, my iPhone and MacBook Pro have never processed calendar invites reliably. They mess up the time zone conversions.  Am I the only one with this issue?  Apple has tried a dozen times to fix it, without luck.  OK, back to my call with Sanjay.

Sanjay updated me on the record Q2 sales numbers for all aspects of SAP’s innovations – Hana, Mobile and Cloud, and then we went into more details around all things mobile.  He also shared how Syclo’s Founder Rich Padula, has joined his team, and is now going to be responsible for all SAP mobile apps, including Syclo.  This is a good move as Rich is a proven mobile industry veteran.  Also, Syclo’s mobile solutions are now being fully integrated with SUP.  This effort is already under way, and is targeted to be completed by Q1, 2013.

He also shared that there is a Mobility rebranding effort going on now that is expected to be announced in Q4 of this year.  SAP will be simplifying and unifying all of their different mobility brands, to centralize around SAP as the main brand for Mobility, over Sybase, which had more of a database brand associated with it.

SAP continues to charge ahead aggressively with enterprise mobility.  Sanjay shared that they are heavily recruiting mobile expertise, with some very strong talent from competitors in the MDM and MEAP space coming over to SAP.  Over the next few weeks several well-known mobile industry veterans will be joining SAP.  One of them is former Gartner Analyst, Bill Clark.

On another topic – SAP is now investing significantly more resources into Afaria.  That is smart, because while SAP has garnered top ratings in the Mobile App Platform and Mobile Apps space, they have seemed to have fallen behind competitors in 2011, at least in mindshare. SAP has nearly tripled the development investment in Afaria this year, and has been winning some big deals that are replacing other MDM vendors.  Sanjay said that in Q2, SAP also did the largest deal in the history of the MDM industry, a high 7-figure dollar OEM deal with a large global hardware manufacturer.  He said that Afaria grew almost 500% YoY in Q2, and he is seeing a great deal of interest from customers that are seeking the scalability and dependability of SAP’s solutions.

SAP has recently announced a new SAP Mobile Apps Partner program designed to give mobile app developers free access to the SAP Mobile Platform.  I am a strong believer in the concept of try-it-before-you-buy-it and this seems like a smart move to expand their developer base.  I think anything that can be done to remove friction from the system is a good idea.  Let the developer community have access to it, and let it stand on its own merits. Sanjay said the goals of the Mobile business, is to not just create a 1 billion Euro business by 2015, but to deliver a platform for tens of thousands of mobile apps to be built on, and get millions of developers successfully using their mobility platform.

Sanjay and I spent quite a bit of time talking about where mobile security is going, beyond MDM. From MDM to Mobile App Management, to Secure Content Management, to eventually M2M (machine-to-machine) communications.  He talked about how this field will have a big impact in SAP’s plans.  In fact, Sanjay had just chaired a conference call with about 50 SAP internal people to brainstorm about M2M, and there is a great deal of excitement around SAP’s plans in this area.

M2M is basically wireless embedded chips that can be connected to remote sensors.  These sensors can then wirelessly message whatever data they are monitoring.  For example,  the engine of a bulldozer is started in the middle of the night.  The sensor on the bulldozer messages an alert to a security person to investigate.  Just about any machine or piece of equipment on a plant floor can message its status to a central server.  A dashboard on the M2M server can be used to monitor M2M equipped devices across a large geographic area.

M2M can play a part in many different SAP business processes.  M2M communications requires security, messaging platforms, integration, analytics and much more.  Industry analyst predict that by 2025 there will be over 50 billion connected devices in the world.  This Internet of Things can message their statuses to systems all around the world. You can easily see how M2M will be an important component of many different processes and systems.  SAP fully recognizes this and is organizing their forces now, has some big plans being baked in Research and Development, and they are hiring some key people from within the industry to lead the M2M effort within the company.  Expect to hear a lot from SAP on how the Internet of Things, aka M2M, will progress, shortly.

I want to thank Sanjay for sharing his insights and updates with us.