Soon after the first steps in developing web applications on SAP NetWeaver Cloud, developers often realize that the default context root of their applications is not exactly what they want. By default, the context root goes after the project name – if the name of your project is “HelloWorld” then it will be deployed with context root “/HelloWorld”.

Changing the context root is a piece of cake. In this post we will see how you can do this in Eclipse and in the Neo Console Client.

As described in the Getting Started tutorial, when creating a new web application, you typically use the “New Dynamic Web Project” wizard. Instead of finishing it on the first wizard page, you should click on the Next button to advance to the “Web Module” wizard page. There you can set the context root of the application by modifying the value in the “Context root” text field. If you wish to deploy the application in the server’s root then simply give “/” as context root. 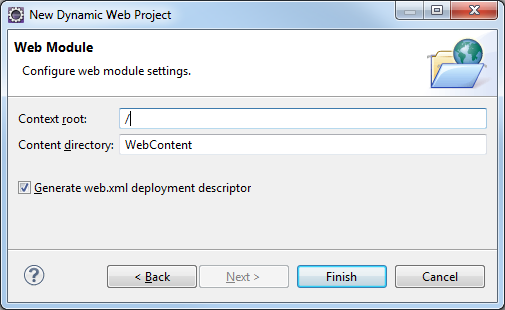 Changing the context root of an existing web project in Eclipse 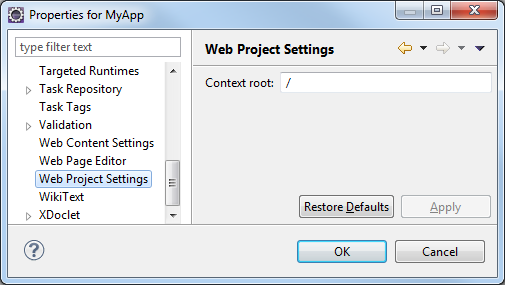 If your application is already deployed then you will need to redeploy it for the change to take effect.

If your application is already started then you need to stop it and start it again for the change to take effect.

Thanks. This is helpful. What takes precedence for setting context - what I have specified in the web.xml or the name of war file as point at the bottom of the post.

Here is how context root and servlet mappings take part in the URL for a specific servlet: