This is the third post in the series “SFTP Adapter – Installing SFTP Server on Windows”.  If you have not read the previous posts, you can refer the below links.

This post describes the steps to test the localhost SFTP server using SFTP Adapter which available as part of Secure connectivity add-on. It also consists of steps to generate public key finger print and channel configuration for password based authentication. 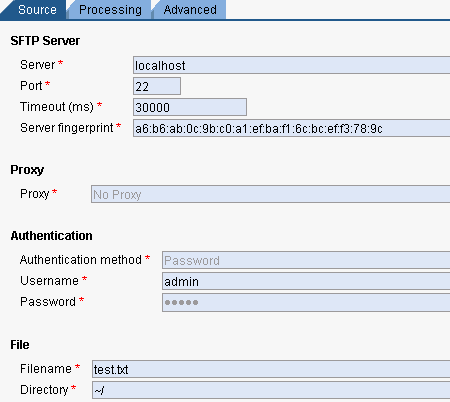