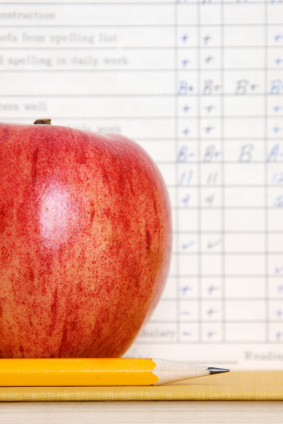 Is It Really that Bad?

The perception is that education is in a state of crises in many countries around the world.  Is it really that bad?   That depends on how you measure performance.

In Disrupting Class, Messrs Christensen, Curtis, and Horn make a case that individual teachers and administrators have done a pretty good job of meeting the general expectations that society has set for them in the past, and that they’ve always been motivated to improve.  Indeed they point out that throughout the history of public education in the US, schools have adjusted to deliver reasonable well against four different sets of objectives.  The objectives they articulated (in summary form) were i) preserve democratic values, ii) prepare students for a vocation, iii) keep America competitive, and iv) eliminate poverty1.

Others have articulated the societal intent, and the resulting objectives, of education in slightly different terms.2

So what are the right measures of performance for the education ‘system’ in today’s post-industrial society?

Messrs Christensen, Curtis, and Horn go on to point out that:

“In any community, the world over, people disagree wildly on education. Although people can agree on the broad platitudes … beneath that people have different goals for education, different concerns, and different ideas of what actions yield what results. Headlines in newspapers focus a great deal of attention on this bickering between groups”3.

Here’s what I take away from that observation:

It follows that people, the world over, implicitly might agree that intent, objectives, and the way people learn are all quite individual.  Local or family cultures vary widely, and within, or between, these groups, each person is wired differently.   Therefore we should measure our performance against how well we enable individualized education8 on a mass scale.  This individualization applies to intent, policy, and all aspects that touch delivery and assessment.

We’re in an era of rapid4 technology enabled transformation in education worldwide. While for the most part, we have historically operated with an institutionally centralized policy setting model.  We still do. This has provided a great deal of uniformity in what students learn, and how they learn it.  However, we’re early in the process of a shift to a policy setting model that is more distributed, more flexible, more individualized, and sometimes even effectively crowd sourced.   I believe that this holds true for all segments of education.5 The technology enabled shift towards the individualization of education is starting to effect what people learn, and how they learn it.

Like in many other industry segments, power, control, and responsibility is shifting into the hands of the individual.

At the time of this writing, there is widespread recognition that the state sponsored, centrally planned, uniformly delivered system(s) of education must be re-designed, perhaps even completely ‘rebooted’6, or risk becoming irrelevant in the future.

Show me the Numbers

Measuring performance against the objectives stated at the beginning of this article is hard.7       Are we doing a good enough job of eliminating poverty, or even keeping America competitive?

I list below some quantitative indicators that support the premise that the current education system(s) is not meeting the expectations of most people:

(Many additional related statistics can be  accessed in the Global Silicon Valley Advisors – American Revolution 2.0 report, and in Developing the School for Digital Kids, page 26, Quest2Learn and the Institute of Play.)

Why Have We Reached this Point?

Disrupting Class identifies a number of issues conspiring against state sponsored education today9.   The authors do a good job at providing references that both support and debunk the conventional wisdom about each.   It’s required for anyone interested in this subject.  I include the issues that they identified in my list below, in addition to compiling others that I believe are relevant:

I’ve spoken primarily from the point of view of my own country (the US).  I suspect that western democracies, and other post-industrial countries share many things in common when it comes to the problems, challenges, and objectives that we face.   My colleagues from China, India, Germany, France, and beyond will weigh in with their own region specific points of view.

Until then, the following diagram provides a nice glimpse of how well we are doing (or not) at the planetary level (on a relative basis). “Countries fall into three broad categories based on their Education Index: high, medium, and low human development.  The 2007/2008 edition of the Human Development Report was published on November 27, 2007” – Wikipedia

The following statistic gives you a feel for what medium really means:  Only 15% of Indian students reach high school, and just 7%, of the 15% who make it to high school, graduate. (India still Asia’s reluctant tiger).

Here are a few good reasons to focus investment in the developing world:

So is it really that bad?  You be the judge based on the information above.  Three things are clear to me:

This article is part of the The Future of Education research initiative.