SMP on AWS – From Blag’s point of view

The other day I read My 1st Sybase Unwired Platform app on AWS from Tobias Hofmann which is both a friend and an SAP Mentor. Tobias doesn’t seems to be much happy with SMP on Amazon…so of course…I needed to test it myself.

Using the documentation from the all time guru Juergen Schmerder called Get your own Sybase Unwired Platform server on Amazon Web Services I was able to download the SDK and create my AWS image…which, to be honest, got broke as I made some silly mistakes…but it just took me a couple of minutes to clean up the mess, and create a new image that worked like a charm…I had my own SMP server up and running.

After I installed the Android emulator, installing the Sybase Workflow application wasn’t hard at all…I simply need to call it like this…

The first thing I noticed as I was doing my first example, was something that Tobias experienced himself…a DLL was missing or couldn’t be read… 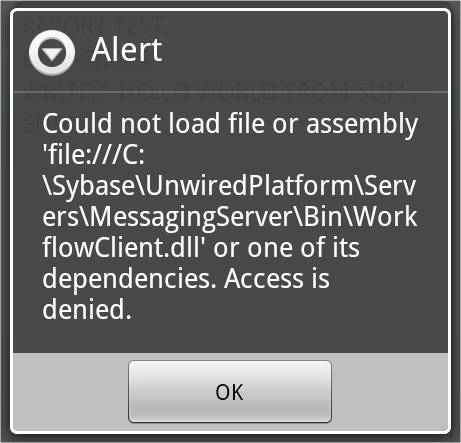 I was really puzzled by this…I even log into the Remote Desktop to copy the file and create the same structure on my laptop…didn’t work…until I found a comment from Pasquale de Angelis that magically solved the problem.

Now…I wanted to make a nice example, because reading from the flight tables is too mainstream…so I decided to do something else.

UPDATE: RFC_ABAP_INSTALL_AND_RUN is not released as stated in https://service.sap.com/sap/support/notes/514998 and shouldn’t be used on a productive environment. This is just an example on a blog and should be taken as it is. 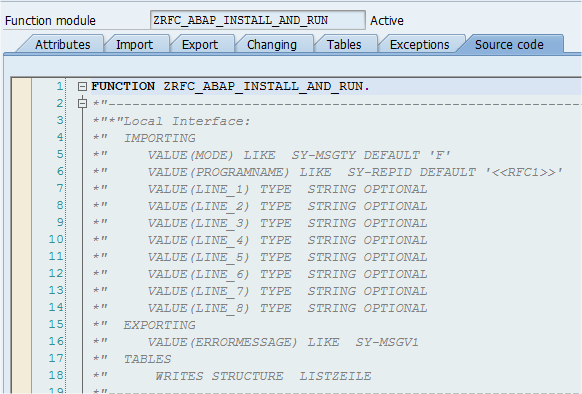 I basically got rid of the input table and put 8 parameters to hold the source code to be executed. 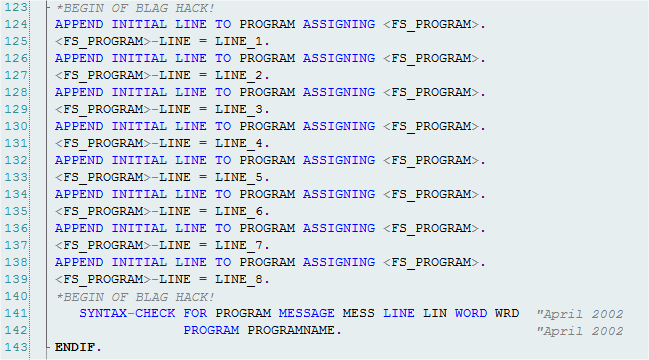 With the RFC Function Module ready, I could get into the SMP hard work…and BTW…for this to really work I needed to create an empty program called ZTEST on my ERP system. 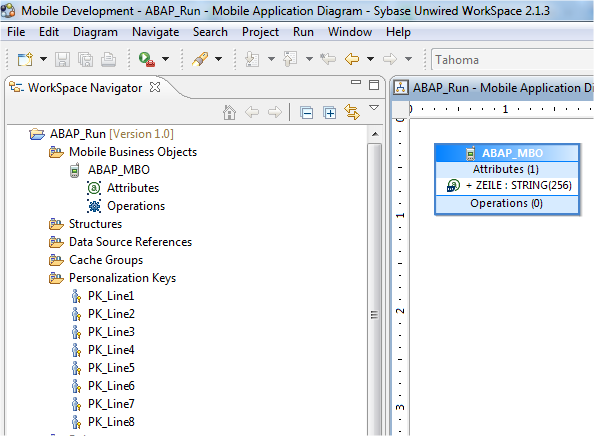 I create an MBO related to my FM and 8 Personalization Keys, one for each parameter.

I associate the Personalization Keys with the arguments on the MBO. 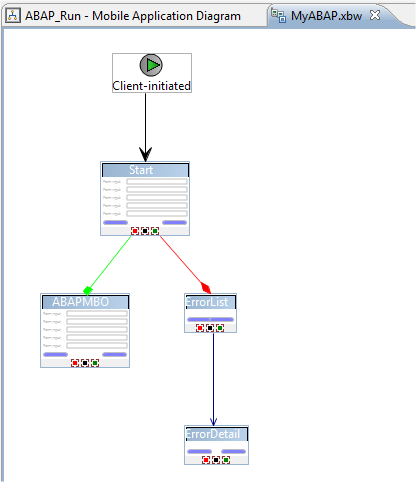 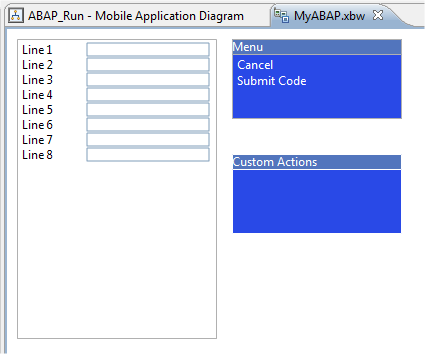 Inside the screen, I create the parameters and code submission menu.

A simple association of Personalization Keys and Parameter Keys to do the trick.

After that…which really didn’t took more than 5 minutes, I was ready for the final test…running a simple ABAP program on Android… 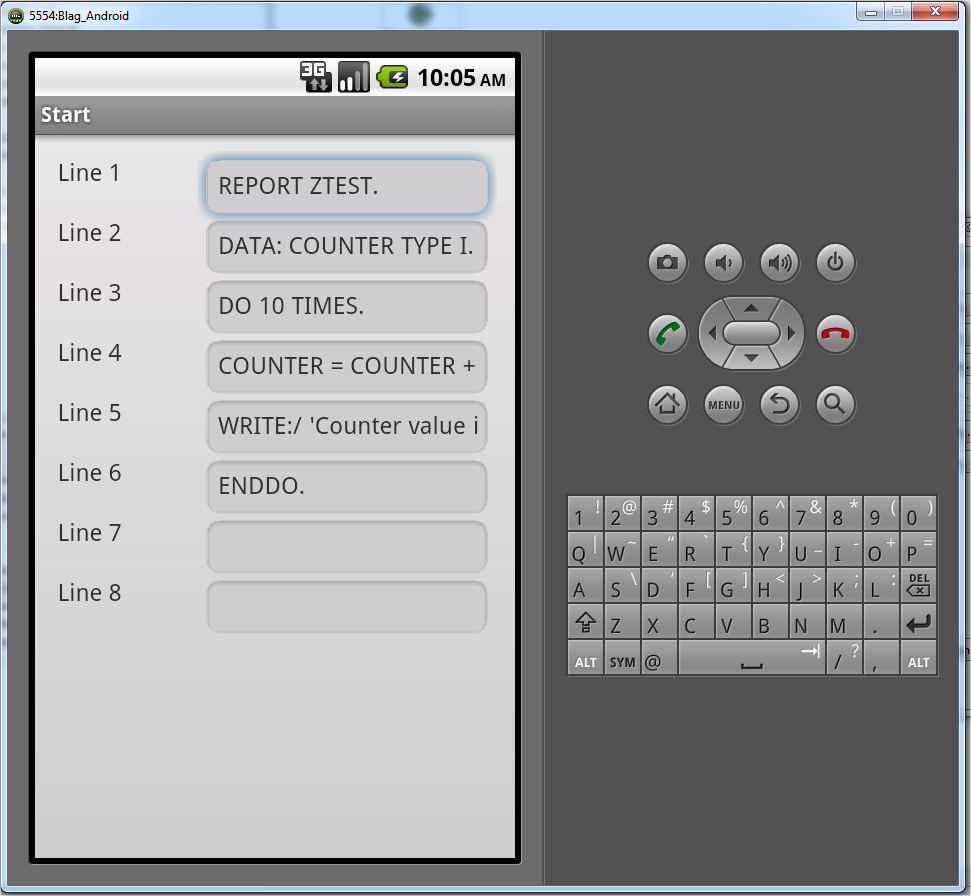 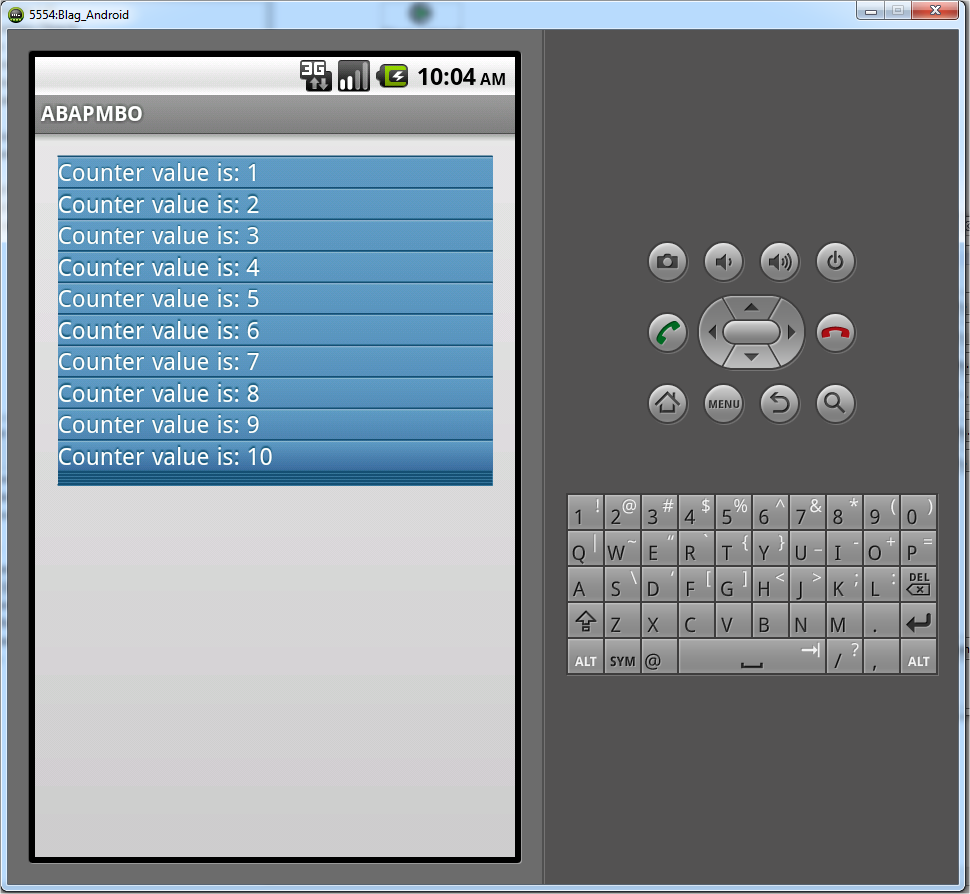 It worked just fine! So…no test can be completed without a more complex example… 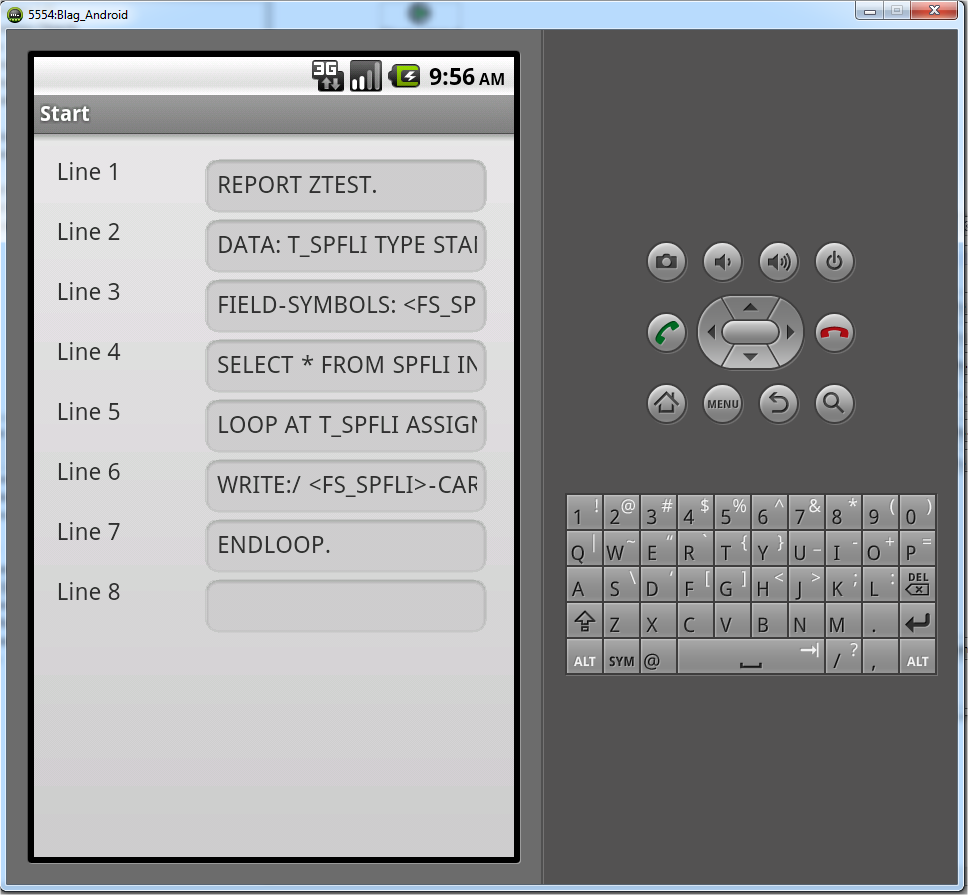 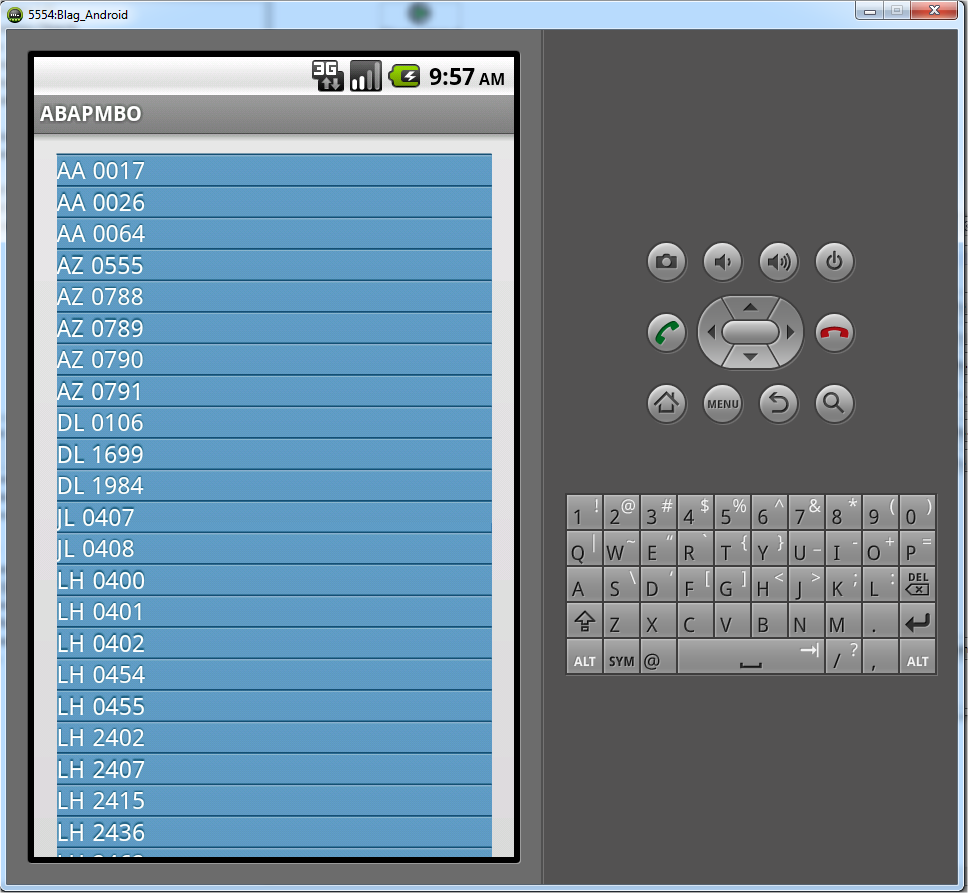 Cool, huh? I didn’t have any connection problems with AWS…the service was very stable and reliable…after all, I have an SAP HANA Server and an R Server sitting next to my new SMP server.

Given the status of RFC_ABAP_INSTALL_AND_RUN should you really be using this function module as the basis of your examples?

The function module RFC_ABAP_INSTALL_AND_RUN is not released and should not be used.

Thomas:  I'm aware of it, but I wanted to show a nice example of what can be done with SUP on AWS. I however, will add that restriction on my blog.  Greetings,  Blag.

Since one of the "solutions" in the note is "Implement a customer-specific function module and adapt the programs used to this function module", I think Blag is just following the recommendation that SAP provides by using ZRFC... 😉

However the case here is different.  Blag is an SAP employee and is using this function module (or a copy of it) as the basis of his example.  One could easily assume that examples and demos from SAP employees represent best practice or recommended approaches. That should not be the case in regards to the example given here.

I agree, and I'm really just pulling your leg 🙂 My point was that its probably worse to have this sort of recommendation in the official note (especially as currently written) than in a blog that is pretty clearly off-the-cuff.

Ideally stuff like this shouldn't show up in either venue, but IMO the note should read a lot more like your comment here and a lot less like it currently does. As it stands, the note is badly done. If the note doesn't explain why you shouldn't use the function module (like you do here), then many people who read it will assume it is OK to follow the note's suggestion to replicate the behavior in a customer function module.