After activating my AWS account and creating the SUP developer instance, all that was missing is to start developing an app. Before giving the several test apps a try that SAP is hosting at CodeExchange I wanted to see if the basic app creation and publish process works. For this I chose to create a Hybrid Web Container (HWC) app. Nothing special, just to see if everything is working fine. First step is to start SUP on the server. Frst step: logon to the server using RDP.

Clicking the start SUP icon triggers an ant script that takes care of everything. You just have to wait.

That’s it from the server side. Now it’s time to start the SDK: 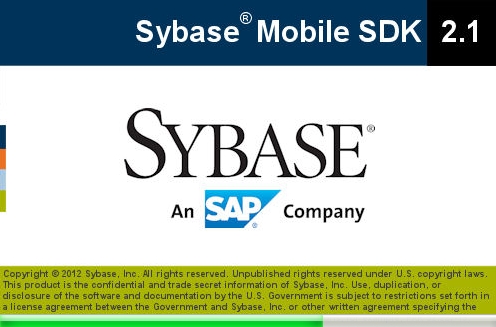 As outlined in the DOC, I have to connect my SDK with the server. After the Test Connection returned a successful ping, SDK and SUP were connected.

Without data to use, SUP makes little sense. At least SUP comes with a demo DB. After following the steps outlined in the DOC the SDK is connected to the SUP demo DB. The DB can be opened, navigated and the tables can be used as MBOs. 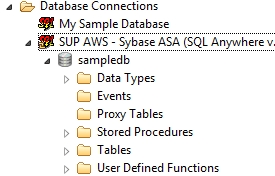 With this setup it’s possible to run the developer tutorials posted at the Dev Center. Creating and deploying the MBO and the HWC app is easy, just follow the step by step document, no coding required. Next step is to install the SUP Workflow app on the device (in my case: Android 2.3.3 simulator) and configure it. This takes some time as the configuration isn’t really intuitive and does not give a lot of feedback. 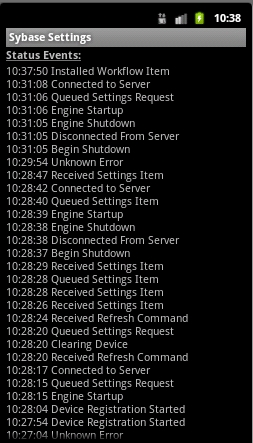 The last message means that the workflow is installed and ready to be used. To open the app just go to the workflow folder:

Now the app should start and I hope it will work for you. All I get is the Workflow logon screen, than the list of available workflows and then the logon screen again. This repeats ad infinitum. 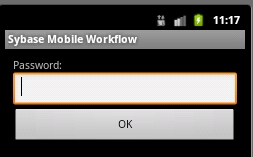 Short: the HWC won’t work for me with the Android simulator. Time to switch to a real device, this time it’s not on the supported list: Android 4.0.4. At least the HWC app opens and lets me select the “Get list” action, but from there on the app dies: 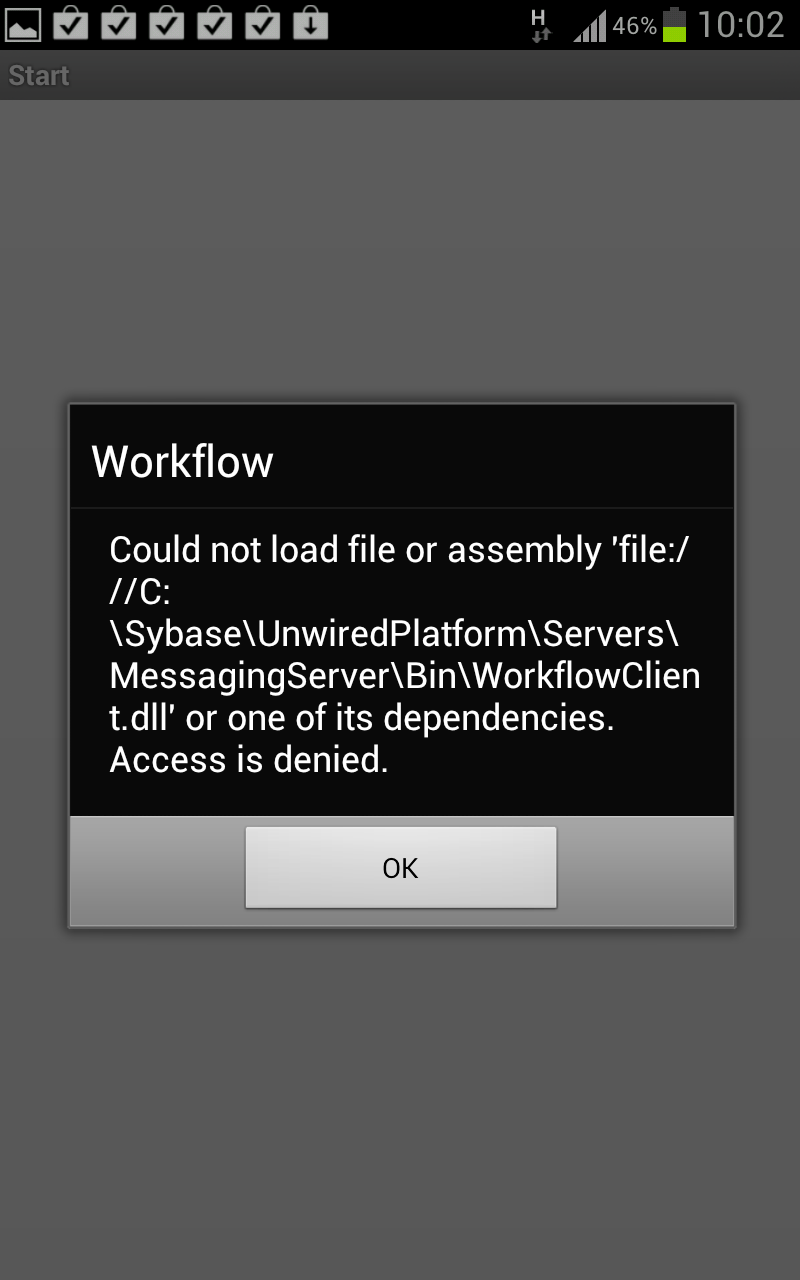 I guess the error message means that HWC won’t work with Android 4.x. What makes bug hunting complicated is the fact that SUP is running in the cloud. I have to use my private 3G modem to be able to connect my computer to SUP. And the connection isn’t 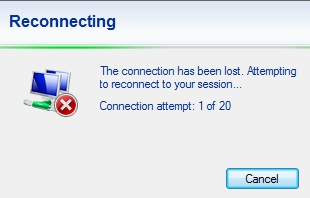 b) Fast. It goes from HSDPA to Edge all the time. And while the connection drops and I constantly have to reconnect

c) AWS is constantly billing. This is the amount I’ll have to pay after 4 hours using SUP@AWS.

in your app, if you have single input field then it will keep on asking the password.

to avoid this you can add a dummy label or another text field.