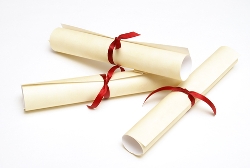 When it came to letting students choose a major, my college put the liberal in liberal arts.

You could be like me, and be on track for one degree for your first two years, before switching halfway through your junior year (and still finish on time). You could be like my masochistic friends who exercised their left and right brains by double majoring in a humanities AND a science. The more esoteric – “Japanese Literature” and “Molecular Biology,” for instance – the better.

Or you could be like my pal who somehow convinced THREE departments to grant him a piece of paper.

And then there were my friends who ended up going the “inter-disciplinary” route (we would’ve called it Mashing Up Majors but DJ culture wasn’t big yet). Sometimes they were pre-existing tracks: “Philosophy, Politics and Economics” was one, or “Science, Technology and Society.”

My more free-thinking friends, though, created their own majors by cobbling together their favorite classes from multiple departments, picking a thesis advisor enthusiastic about their genre-breaking interests, and then giving it a fancy name. “Linguistics and History of the Third World,” anyone? However dismissive I might’ve been sometimes, I also envied the fun and passion for learning they brought to each and everyone of their classes.

I was reminded of all this while attending the SAP Innovation Day at its Palo Alto campus on Thursday. As is well-known, SAP sees its business as having five distinct ‘pillars’ – its core business applications plus newer areas such as mobile (Sybase and Syclo), analytics (BusinessObjects), database and technology (Hana) and cloud (Successfactors, Business ByDesign and Ariba).

Individually, each of these technologies can have a huge positive impact on companies. But SAP and its partners are also mashing up technologies to create tailored solutions that promise greater ROI for enterprises, while delighting end users.

As Sven Denecken, vice-president for co-innovation with the SAP cloud business unit, put it: “All cloud solutions should be developed for mobile first. Or mobile should be brought to the cloud.”

Take SAP Personas, a coming initiative to let corporate workers easily customize the UI of their SAP enterprise application. This is aimed less at expert users who long ago memorized all of the default fields and commands of a particular SAP application, and more at vast majority “of occasionally-connected users who want a radical new user experience but with consistent workflows,” said Denis Browne, Senior Vice-President and Head of Imagineering at SAP.

According to Tom Rodden, director of applications at Varian Medical Systems, allowing end users to revamp their screens helped reduce both user complaints and actual mistakes, and made them faster at using the app. Read this blog or this Slideshare presentation to learn more.

(Pictured: SAP will help satisfy NBA stat hounds who absolutely must know at any given moment how many Assists Per Game Dwyane Wade has.) 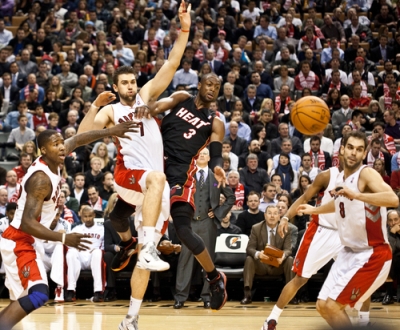 For example, take cloud-based social media analytics firm NextPrinciples is using Hana to instantly analyze the Facebook ‘likes’ and tweets of customers inside a retail store, so as to arm salespeople with information they can use on the salesfloor.

Or Taulia, which is letting suppliers analyze risk every single time it extends credit to customers. That allows them to create more accurate payment terms – credit terms are usually based on a customer’s overall risk, which may outdated or based on dollar amounts and other conditions that don’t apply in a particular scenario, said Joe Hyland, a senior director at Taulia. By helping companies create more precise loans to customers, Taulia’s Hana-powered cloud application can help them  boost revenue and minimize losses.

Another way SAP is encouraging innovation doesn’t involve a product. In Stanford professor Jay Borenstein’s Computer Science 210 class this spring, students created an application under the mentorship of a Silicon Valley vendor. Borenstein says he was mildly surprised to find that SAP was actually sought out more by students than FaceBook, Google and other sponsors.

That proved smart: the five students mentored by two SAP employees – mobility strategy vice-president Tony Kueh and retail principal Carol MacKenzie – built in one semester a social shopping Web site called Boutique.ly. A sort of Pinterest that rewards pinners with cash or digital currency every time one of their friends or followers buys something, Boutique.ly was chosen by other computer science students as the best project.

Some of the students behind Boutique.ly are continuing its development in a VC-sponsored incubator while seeking seed money, according to Kueh.

Besides preaching the merits of gamification and design thinking to its customers and partners, SAP is applying them in-house. See this video on SAP’s consumer mobile apps unit, App Haus, which tries to go from concept to finished app within 90 days.