Thefts and robberies of mobile devices have become increasingly common and violent. How can you deter or mitigate them?

Pickpockets and thieves used to be the main risk to your smartphone or tablet. But violent robbers are also targeting mobile users.

A Wall Street Journal reporter, Rolfe Winkler, recently wrote what happened after he chased some thieves who had stolen his date’s iPad:

But he had a crew backing him up that I never saw. Instead of winning back the iPad, I found myself lying on the platform bleeding, my jaw split in half.

As Winkler wrote, his story was far from unique:

Hwang Yang, a chef at the Modern in New York, was walking home from the subway in the Bronx in April when thieves shot him dead for his iPhone. They were caught after posting it on Craigslist. Outside Denver in 2010, Bill Jordan was leaving an Apple store, toting his new iPad in a bag. When a thief ripped the bag away, the strings tore off part of Mr. Jordan’s pinkie.

Here’s another sad story from Chicago in March 2011:

At rush hour on Monday, a man snatched an iPhone from a woman who was using it at Fullerton station platform in the Lincoln Park neighborhood. As he ran off, the man knocked over Sally Katona-King, 68, on her way home from her church receptionist’s job. Katona-King died yesterday after tumbling down the station stairs. Hospital officials believe that she suffered a cerebral hemorrhage.

And still another one from England in February 2011:

A man was stabbed to death with a screwdriver after remonstrating with two street robbers who had stolen his iPhone, a court has been told.

This made-for-headlines trend is being called ‘apple picking‘, as robbers appear to be favoring iPhones and iPads for their brand recognition and higher street value. Though I’m sure plenty of Android devices are being stolen, especially newer wares like the Google Nexus tablet and the Samsung Galaxy S III superphone.

I think this will grow as organizations start to deploy thousands of iPads and similar devices on airplanes, in restaurants and airport waiting areas, in elementary schools, etc.

While I’ve misplaced cellphones, I’ve never had one stolen or robbed from me. And I’ve only had a single brush with violent crime, as I detail below.

Still, I’ve done some research and given some thought on what you can do prevent being a victim – and mitigate the effects if it does happen. 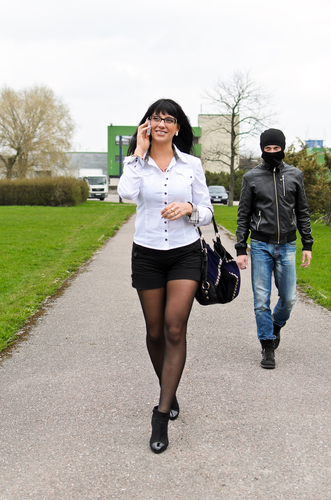 The beauty of mobile devices is their ability to whisk you away mentally from your immediate environs through music, video, the Web. Problem is, that also happens to make you a perfect target for a thief or robber.

I remember walking at night around the University of Minnesota campus 20 years ago with my girlfriend. We were in deep conversation about something. Suddenly, a passing bicyclist tried to grab her purse off her shoulder. We were lucky that his grip was poor – or my girlfriend was stronger than her 5’2″ frame would suggest – because he rode away prize-less.

I wouldn’t suggest testing your luck. So when you’re on the subway or walking around at night in a quiet area, turn your music down a notch. Look up from your screen. Even better, put your device in your bag or inside coat pocket. Being aware – and showing others that you are aware – could make the difference.

One piece of travel advice I’ve taken to heart is to not buy fancy, matching designer luggage. That sort of luggage is much more likely to be stolen.

You also want to be inconspicuous with your mobile devices. Those white ear buds Apple included with your iPhone? Total mugger bait. Put them away in favor of some generic $8 ear buds from Target or, my personal favorite, some black foam headphones that you harvested from your 90s-era Sony Discman. They probably still work great. 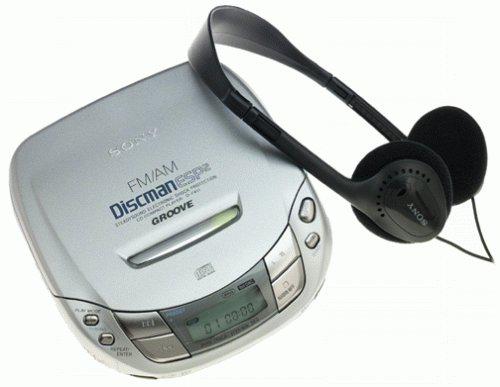 To round out the experience, play your Nirvana channel on Pandora.

Similarly, those snappy magnetic covers also scream “NEW IPAD” to robbers. I protect my iPad with a homely padded leather case. It adds so much bulk to my svelte iPad it’s like putting a supermodel in a fat suit. Still, I feel comfortable no one’s going to target my tablet. 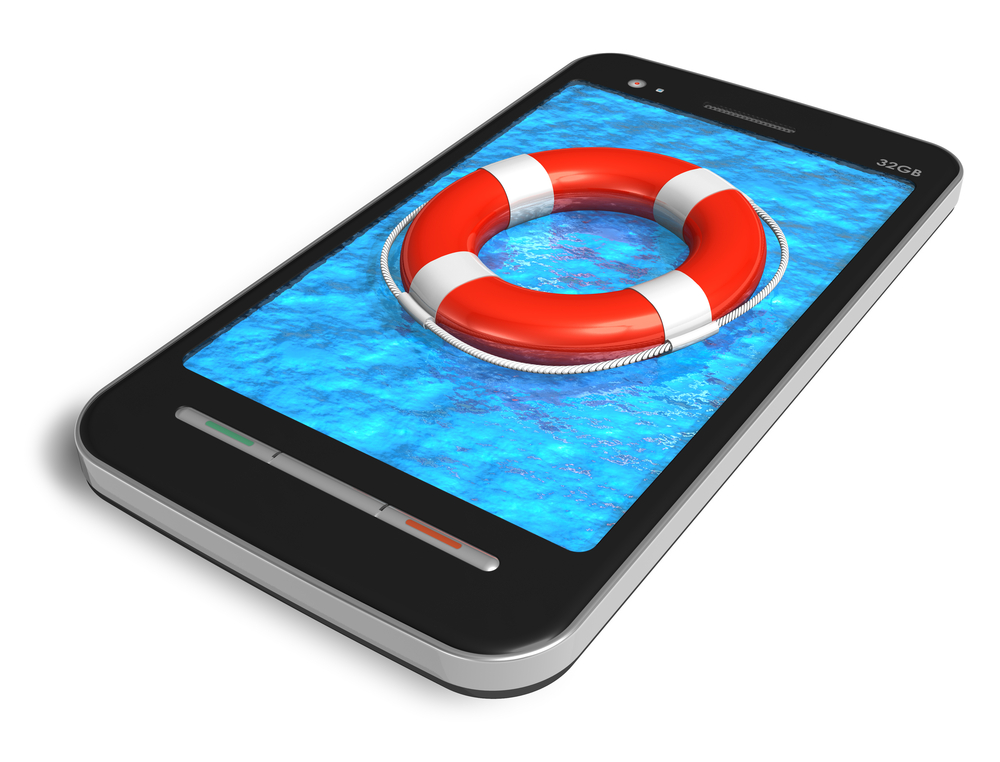 If you live or work in an urban area or travel a lot for work or pleasure, consider getting specialized device insurance. Telcos and traditional insurance companies offer them. The cost starts at a reasonable $5 a month, or 17 cents a day.

You may also be able to cover your mobile device through homeowner’s or renter’s insurance and their “personal articles policy” option. That reportedly costs between $15 to $40 to add.

All of these apps let you track a lost or stolen device. Apple’s Find My iPhone is the standard for iOS. There are plenty of other options: Lookout Mobile and Where’s My Droid for Android, Find My Phone for Windows Phone 7, Prey and AirCover for multiple platforms.

Here’s a nice piece explaining how to use Find My iPhone. Anyone got a device recovery story with a happy ending to share?

Remember the limitations of these apps: your device must be on, can’t be wiped or reformatted, or had its SIM card taken out. Experienced thieves know this. If not, your battery will run out, too. So time is of the essence.

Monetary value is one thing, but what about all of those great photos of your friends and family that you took? The Notes you took detailing that great business idea? All of your Contacts? Those can’t be replaced.

With iCloud, it’s easy to make sure your iPhone or iPad data is backed up to within the last 24 hours (you can also manually back up data whenever you have a Wi-Fi connection).

With Android, it appears to be more about mixing and matching various free and paid services – anyone got recommendations? 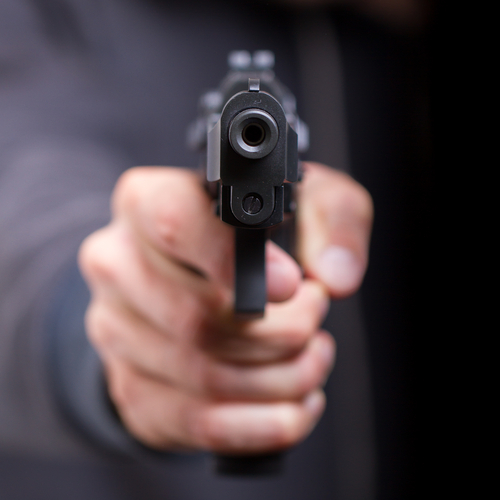 6. Choose Your Life Over Your Device.

Replacing an on-contract smartphone is about $200. The most expensive tablet costs less than $1,000 to replace. Your life is worth more than either of those amounts.

7. Get Your Company To Install MDM Software.

That stands for Mobile Device Management software, and it’s used by your IT manager to prepare new devices, secure corporate data on them, and kill these devices if lost or stolen.

MDM software is powerful stuff, combining more powerful versions of the features from Nos. 4 and 5 – plus dozens more. Any company with even a small population of corporate-deployed or BYOD iPhones or Android devices should be running it.

As for recommendations, your company could do worse than SAP Afaria. My company’s MDM offering has been one of the top choices in the market for more than a decade.

As a father of two young boys who love mobile tech and have their own devices, it scares me to think that all of these risks apply to them, too. So besides installing device recovery apps and getting insurance, make sure you have the talk with them about being aware in public and giving up their devices without a struggle if facing a mugger. I’d advise that even if you are raising mini-Donnie Yens. Finally…

Buying used is good for the environment. Just make sure you aren’t mixing good with bad by buying something that “fell off the back of a truck.”

Next time you are browsing ads for Samsung Galaxy Tab tablets on Craigslist, take care to avoid ads where the tablets are suspiciously cheap, or there’s some excuse why they are missing the cable and power supply, receipt, manual, box, etc. If you do contact them, say you need all of that stuff for warranty reasons or that you’re a paperwork freak.

If their excuses for not supplying you this stuff sound fishy, don’t just stop dealing with them – call them out on your suspicions, or file a complaint with Craigslist.