With the release of SAP BusinessObjects Support Pack 4, SAP BusinessObjects Analysis, edition for OLAP supports HANA hierarchies and variables. With this recently added functionality and some great open data, published by the Guardian’s data blog (http://www.guardian.co.uk/sport/datablog/2012/jun/25/olympic-medal-winner-list-data), I decided to take Analysis OLAP for a test-drive and see what interesting things I could find using hierarchies and variables in HANA.

To get started, I added a range prompt to my HANA Analytic view, in order to provide a filter for the Olympic years of interest. For this particular analysis, I am interested in seeing all of the Olympic sports competed in the modern Olympic Games. Considering this, I will accept all games greater than 1896, the first International Olympic Games. 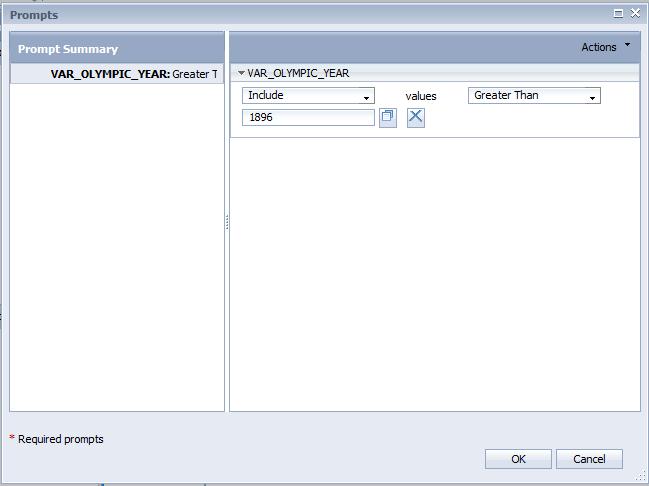 I have now been presented with a Crosstab displaying a count of all medals awarded from 1896 to 2008, 29,054 medals in total. Applying an ascending sort of the awarded medals reveals some interesting Olympic sports, including Ice Hockey and Tug of War? 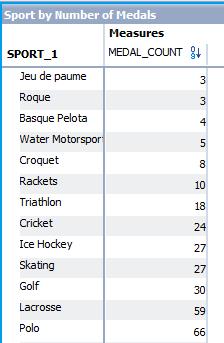 I have to admit, I’m very curious about Ice Hockey in the Summer Olympic Games. Using Analysis OLAPs “Pivot with” function, let’s add our Olympic Host hierarchy to our Crosstab and perform a few drill operations, to get a bit of context. We quickly see that Antwerp hosted Ice Hockey in the 1920 Summer Games. Interesting, as it turns out, ice-hockey was played indoors in Belgium at the 1920 Summer Games and soon after moved to the winter Olympics.

Adding the medal colour to our analysis, has uncovered another interesting piece of information. There were 8 Gold and Bronze medals awarded but 11 Silver medals. This begs the question which nations won these medals? The answer is presented in a line-chart below. Obviously, in 1920 an ice-hockey team consisted of less than the 15 – 20 players allowed in today’s Olympic Games. 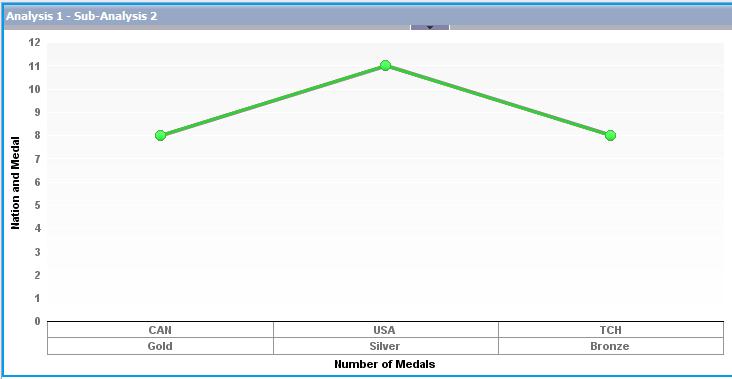 As you can see, by adding the power of HANA hierarchies and variables to Analysis OLAP, we can uncover some interesting tidbits of data.