Last week SAP provided an ASUG webcast on Analysis Office 1.3 which is now in ramp-up.  Below I am focusing only on converting BEx Workbooks to Analysis Office and I am also including the webcast’s question & answer to share with everyone. 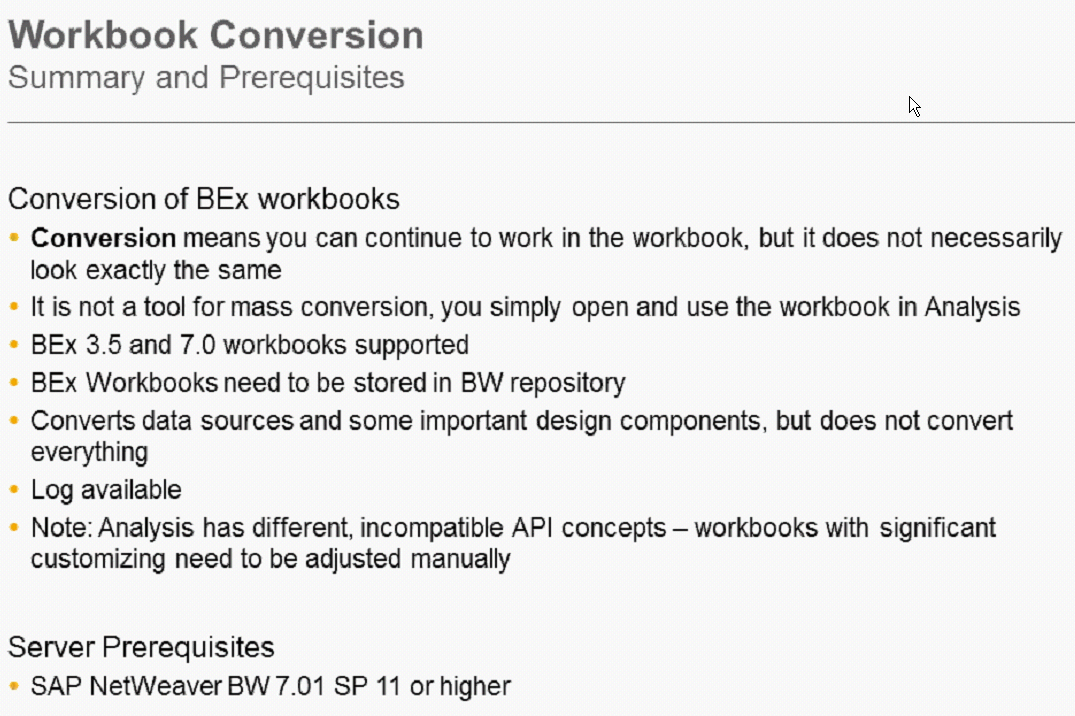 In this webcast, SAP said the workbook conversion is not a tool for mass migration

It is not an item-centric approach; some components not converted such as navigation pane/block as Analysis has the Design panel 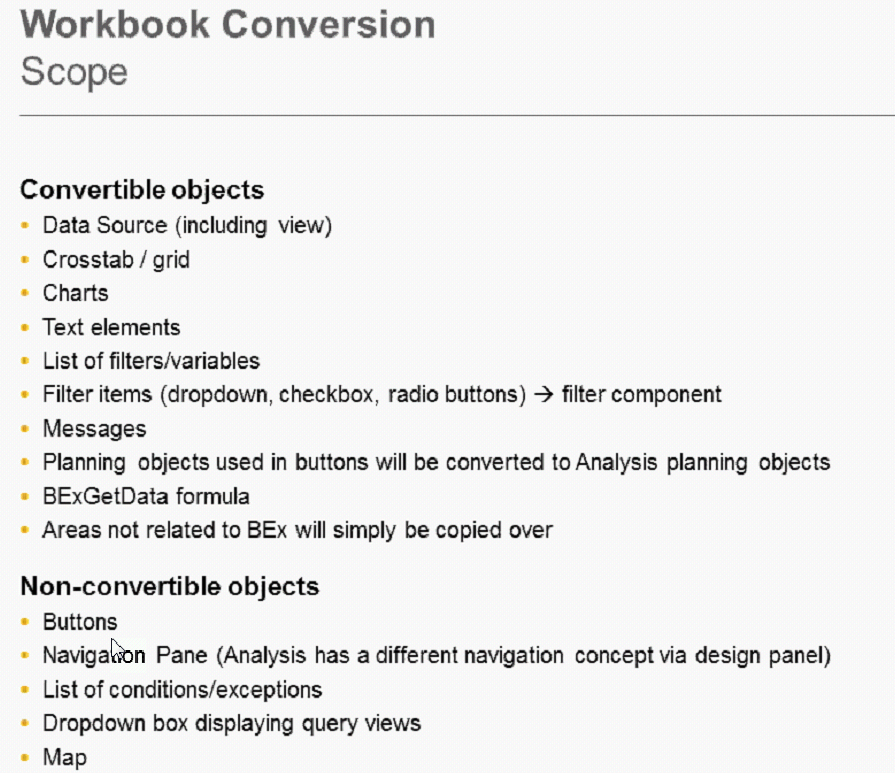 Figure 2 shows what is a convertible object and what is not convertible.

Buttons are not converted due to Ribbon concept in Analysis Office. 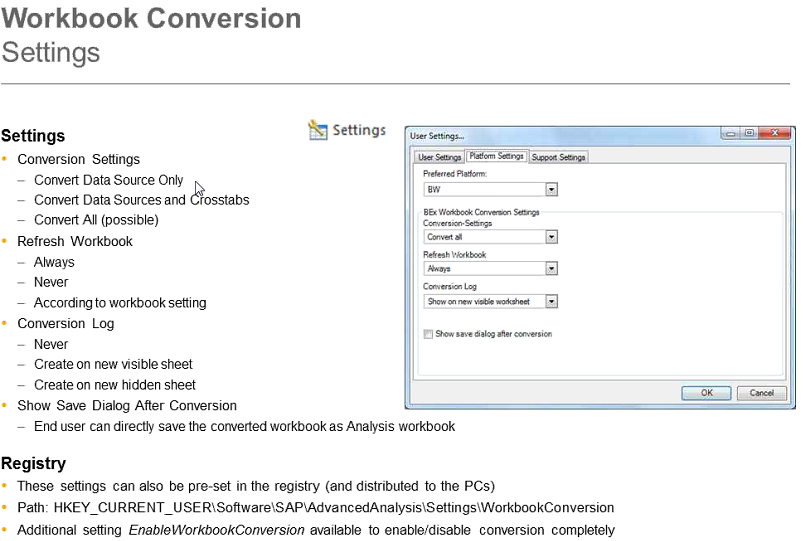 Recommendation is to show the log in an invisible sheet so you get an idea what is happening. 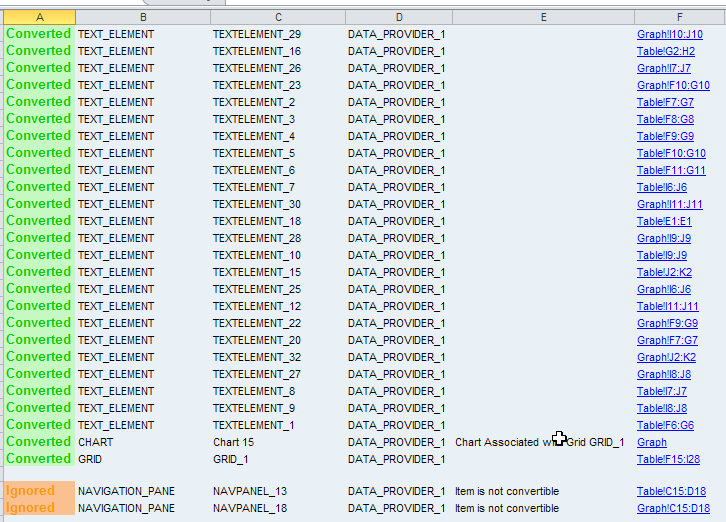 Figure 4 shows an actual conversion of a BEx Workbook to Analysis Office.  You can see on the bottom of Figure 4 that the navigation pane is not convertible.

BusinessObjects Analysis Office 1.3 – Does it have Report to Report Interface

Below is the Q&A from last week’s webcast.

Q: Is there a size limit on the file that can be uploaded (reference to BW workspaces)

A: Have not specified a size limit; validate with customer scenarios

Q: Are there any performance/functionality differences between accessing HANA via JDBC and ODBC

A: There is detail information on the connections at http://help.sap.com/businessobject/product_guides/boexir4/en/xi4_data_acs_en.pdf

Q: I want to schedule the analysis workbook

Q: any updates on Dynamic Parameter from Web Intelligence or Crystal  to Analysis workbook

A: Have RRI support as sender. The next release should also cover the receiver side.

Q: Is there a variable to choose which hierarchy to be used?

A: sure, you can use hierarchy variables.

Q: Is it possible to apply a OSS note and get this functionality of Saving workbooks on SAP Netweaver system instead of upgrading the whole system to SP11….?

Q: Can we refresh individual worksheets instead of the complete workbook?

A: sure, you can refresh individual data sources. Context menu -> Refresh

Q: Have you seen these workspace upload features used to deploy a planning/budgeting solution, where users upload updates to their budget numbers periodically?

A: no, planning is typically more than just entering new values … it is about planning functions etc. … we’re currently discussing extending that functionality to planning some time, but that is not yet confirmed yet …

Q: Is it possible to refresh the workbook which is transported to another system

Q: Can we use “Calculation” functionality for Analysis for Office on top of HANA?

A: yes, some calculations are supported …

A: Sure, they are part of the query/data source, not of the workbook

Q: Any body know if there is a way of integrating an analysis in MS Word. Is it possible to embed a presentation containing an analysis? Is Live office the only alternative? ( but seems there are some limitations currently if report is using BICS connection)

A: no Word integration at this point in time … planned, but currently not with highest priority.

My thanks to SAP’s Alexander Peter and Tobias Kaufmann for this webcast.

Thank you again for sharing information!

We upgraded our SAP Business Objects Analysis for Office 1.2 to 1.3, solely to take advantage of the new enhanced support to HANA datasources. i.e. support for hierarchies and variables; but I don't think its working in 1.3 either. I am trying to understand if I am doing anything wrong or if this is still a limitation!

Even the release notes doesn't say anything about Hierarchies and Variables when using HANA as the DataSource.

But in Service marketplace under Value proposition they mentioned:

Did you happen to do anything on Analysis in this regards?

Any comments will be greatly appreciated.

Raja - I am sorry I am not using Analysis against Hana

I have a HANA AWS instance but haven't installed Analysis there

I encourage you to submit a support ticket with SAP if there is functionality there that you are expecting.

Thanks for the information. I have tried this but when I select the workbook the next button is grayed out. Our BW environment is 7.3 SP 7 and the version of Analysis is 1.3.0.1935. If I select the Ok button nothing happens, any ideas? 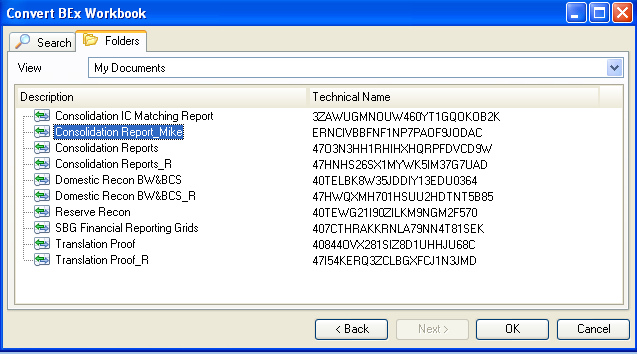 I am not on 7.3 - however SAP has released patches for Analysis Office as recently as last week so please install those patches first and then try this again.

If it doesn't work, then I recommend submitting an OSS note to SAP.

Thanks for the documents about converting the Bex workbooks to analysis workbooks.

Can you help me in estimating how much it takes to convert 3000 bex workbooks with 5 developers.?

Hello - it really depends on the complexity of the workbooks and what is contained in them; you may want to ask the community by creating a new discussion thread in the forum with this question.

You don't need to convert 3.x BEx Workbooks to 7.x before moving to Analysis Office.

You can directly migrate to AO. AO internally reuses the 3.x to 7.x migration algorithm and then applies BEx to AO conversion algorithm.

Moreover, AO creates a copy of the workbook post migration and hence the original 3.x workbook remains intact. You can always fallback in case of some error during migration..

Thanks bharath for your response..

I have read many posts, blog and articles you posted in SCN. Thanks a lot for your great help.

We are also facing similar issue while converting BEx 3.5x workbooks into BO Analysis for Office 1.4 SP13. We need to convert and save it but while doing so we had to use some formulas to avoid #NA appearance in the converted workbook. It is saving fine but when we try to open after conversion, formatting and saving ; it is throwing some error and workbook is inaccessible. Please find attached the error snapshot for the same.

BW version is 7.02 EHP2 SP13. Excel version is 2010. We are in a really crunch situation, any inputs would be very very helpful.